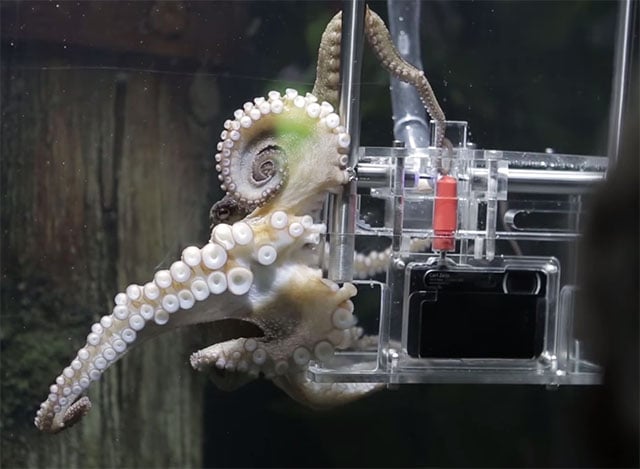 Octopuses are known to be very intelligent creatures, but one octopus over in New Zealand has one upped its peers by becoming the world’s first octopus to be trained as a photographer.

Sony recently partnered with the SEA LIFE Aquarium in Auckland for a project called “The Octographer.” Working with an animal trainer, the team trained an octopus named Rambo to take pictures of visitors from inside her tank.

Here’s a video showing Rambo’s skills as a photographer:

Rambo was given access to a Sony TX30 compact camera that was placed outside her tank and attached to a red shutter button extension. Rambo was then trained to press the shutter with a tentacle to take pictures of visitors standing in front of a special backdrop. 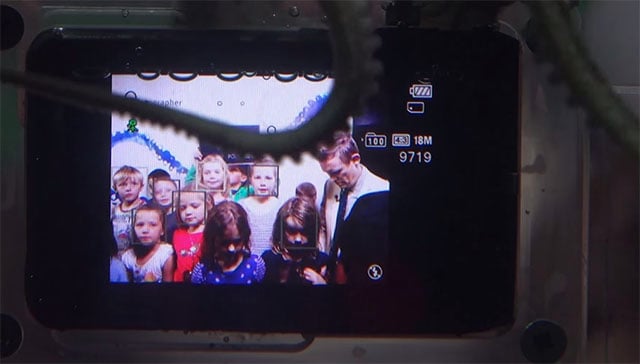 Here are a few of the photographs Rambo shot during a visit from primary school students: 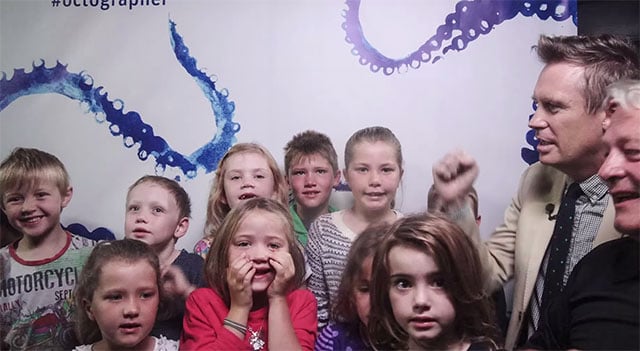 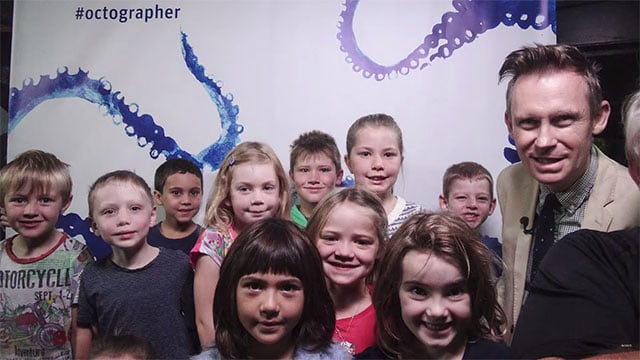 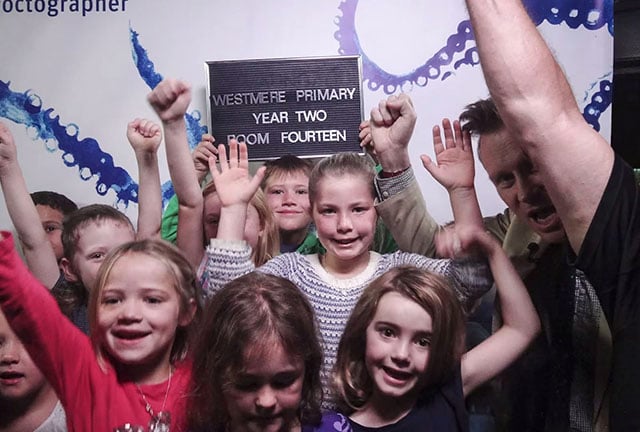 The aquarium charged $2 for portraits captured by Rambo, with proceeds going toward the organization’s conservation programs.

“When we first tried to get her to take a photo, it only took three attempts for her to understand the process,” trainer Mark Vette tells Cult of Mac. “That’s faster than a dog. Actually it’s faster than a human in some instances.”

Update on 4/20/15: Here’s a behind-the-scenes look at how the Octopus was trained to take pictures:

These Portraits Are the Result of Eight-Minute, Light-Painted Exposures