Underwater videographer Joel Kistel was filming some footage for reef-conservation nonprofit TISIRI earlier this month when he ran across a rather curious and sneaky octopus who nearly cost Kistel $15,000.

The ‘altercation,’ which is captured in the video above, happened when Kistel encountered the same octopus from a previous dive and trained his camera on it in the hopes that he would capture some interesting footage. Instead, the octopus took an interest in his gear.

So much so, in fact, that it attached itself to Kistel’s underwater camera housing and surreptitiously removed a critical gasket. 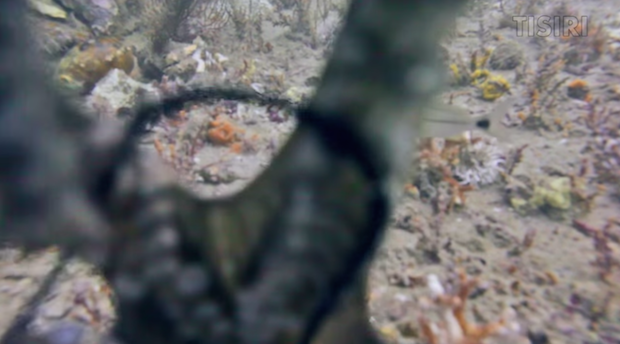 “I think it was trying to take a selfie,” Kistel told ABC News. “But then I saw there was the camera’s gasket on one of its arms.” That’s when he freaked out and an underwater game of tug-of-war ensued.

Thankfully, he got away with the camera intact and some great footage to boot. As for the kleptomaniac octopus? Well, he or she never did get the rest of the camera, so it’ll just have to be satisfied with a gasket and a story on National Geographic.

45 Years After the Moon Landing, We Look Back at the Best Photos from Apollo 11