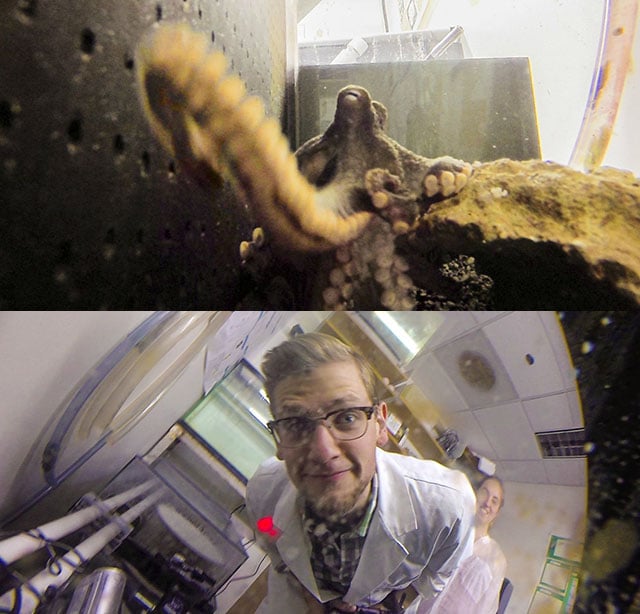 An octopus is getting quite a bit of attention this week for its photography skills. After noticing a camera placed in its enclosure to photograph it, the eight-legged creature grabbed the camera, turned it around, and unintentionally captured a portrait of the photographer.

This past Monday, a digital media producer at Middlebury College in Vermont named Benjamin Savard set out to shoot some photos of an octopus on campus that some neuroscience students have been studying. He placed a GoPro with a waterproof case inside the tank, pointed the lens at the octopus, and left it to capture a series of rapid-fire photographs.

The octopus noticed the camera, reach out with a tentacle, and turned the camera away from itself and toward Savard, who was holding a DSLR and observing the octopus.

Amused by what he had accidentally captured, Savard shared the photos online through Reddit, where they became extremely popular. The story has since hit the mainstream press, with everyone from NBC News to the Washington Post talking about the little octopus that could (take pictures).

When people began accusing Savard of faking the story, he responded by posting a sequence of photos showing what happened: 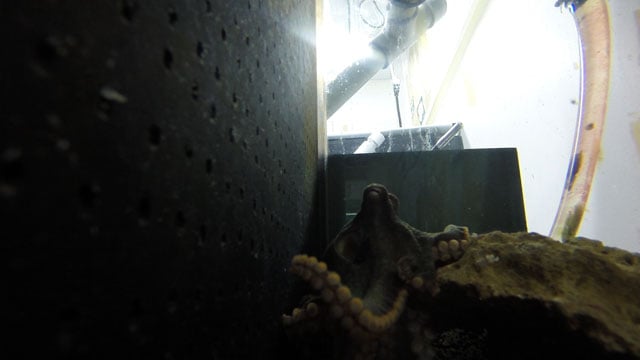 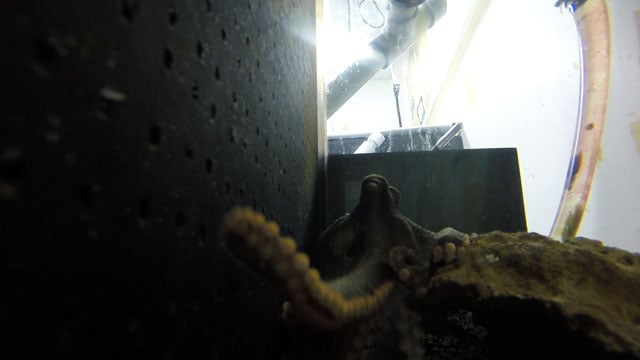 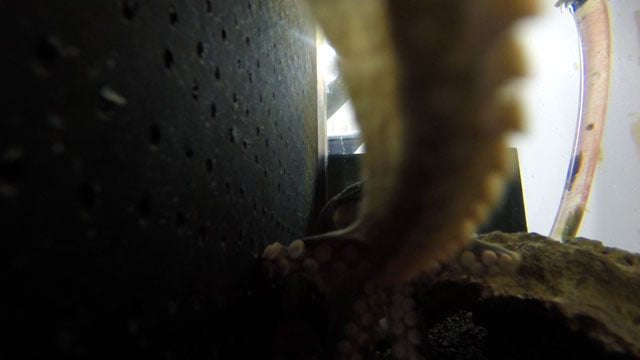 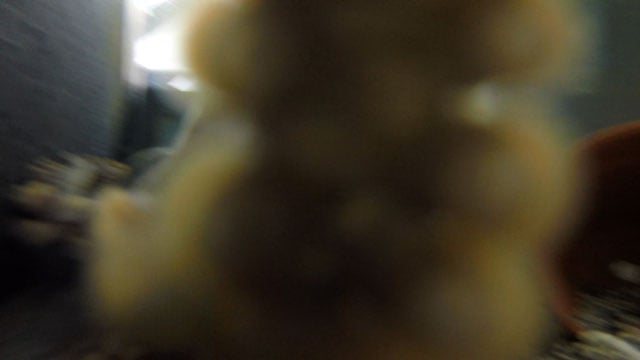 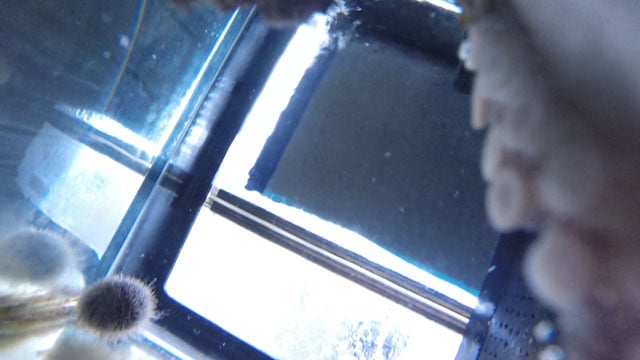 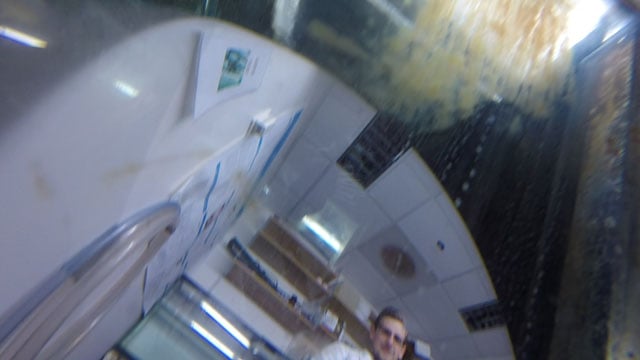 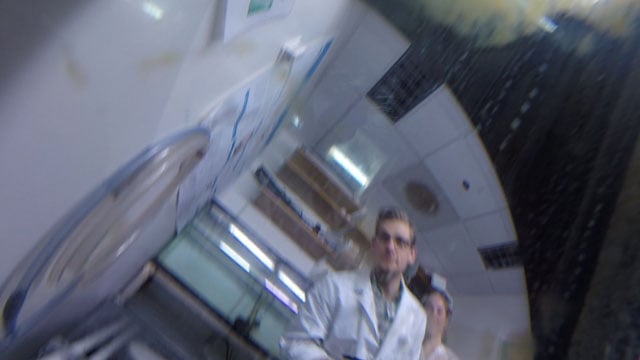 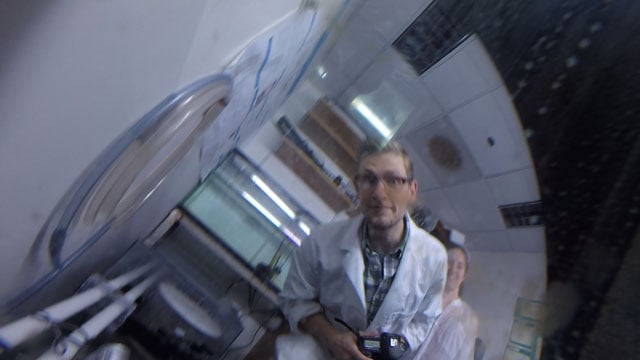 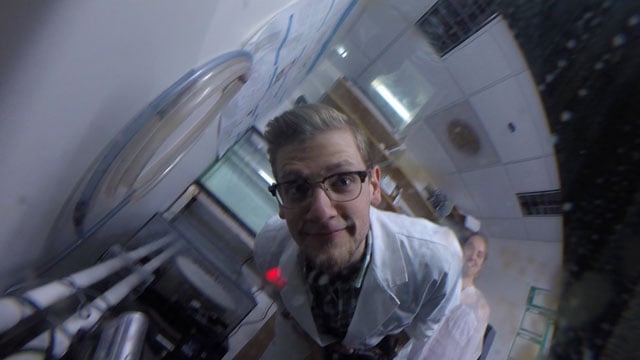 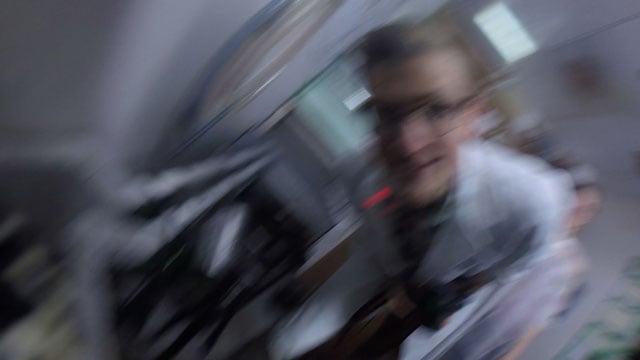 Savard also created an animated GIF with the sequence of photos to show it as a video sequence.

It doesn’t appear that the octopus was aware of the art it was creating, though. Savard tells the Washington Post that immediately after pointing the camera at him, the animal tried to eat it.

P.S. This definitely isn’t the first case of an octopus stealing a photographer’s camera. We’ve previously shared stories of this happening out in the ocean here, here, and here. They generally don’t capture any usable shots though, so this octopus wins in that category.

A Selfie a Day Keeps the Doctor Away: Creative Studio Self-Portraits by Mike Mellia