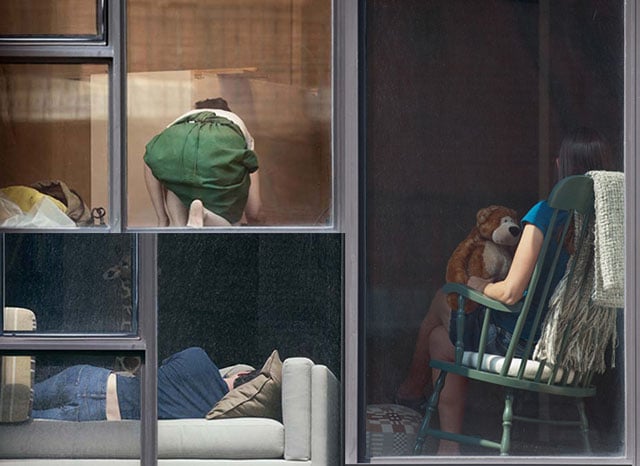 NYC-based photographer Arne Svenson, whom we interviewed last month, has won a lengthy legal battle against people who claimed that he had invaded their privacy by taking pictures of them in their homes through open windows.

The fine art photographer attracted a considerable amount of attention and controversy a couple of years ago with his project The Neighbors, which contained photos of Svenson’s neighbors, captured without their knowing through their apartment windows using a telephoto lens.

Svenson was sued by two of the neighbors, Martha and Matthew Foster, back in 2013 after the couple discovered their children in two of the project’s photos. In one of the shots, the face of the child is visible and identifiable.

The judge decided that Svenson’s work was considered artwork rather than images used for “advertising or trade” purposes, regardless of the fact that Svenson has held exhibitions with the photos and has been selling the work as fine-art prints. Although Svenson’s actions may be legal now, Renwick does believe that lawmakers need to take a look at this “troubling” issue and possible write a law that prohibits it in the future.

“[M]any people would be rightfully offended by the intrusive manner in which the photographs were taken in this case. However, such complaints are best addressed to the Legislature,” she writes. “Needless to say, as illustrated by the troubling facts here, in these times of heightened threats to privacy posed by new and ever more invasive technologies, we call upon the Legislature to revisit this important issue.”

A Glimpse Into the World of Forensic Photography