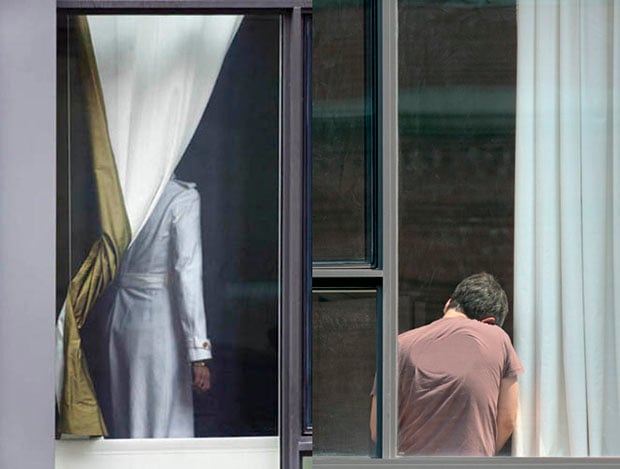 Photographer Arne Svenson lives on the second floor of an apartment building in the Tribeca neighborhood of New York City. For his project “The Neighbors,” he pointed his camera at a luxury apartment building across the street and secretly photographed its inhabitants through open windows.

Those photographs are now being sold for thousands of dollars at a gallery in NYC, but it turns out the subjects aren’t very happy with having their images stealthily snapped and sold.

The New York Post reports that a number of the residents are “furious” over Svenson’s new photo exhibit at the Julie Saul Gallery, and the fact that the images show private moments that include cleaning (while bent over), taking naps, and kids resting with teddy bears: 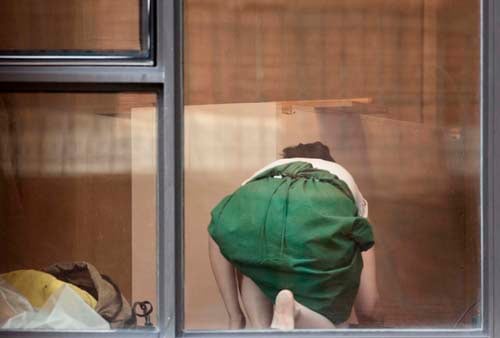 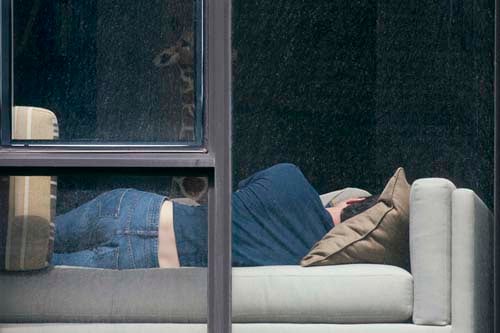 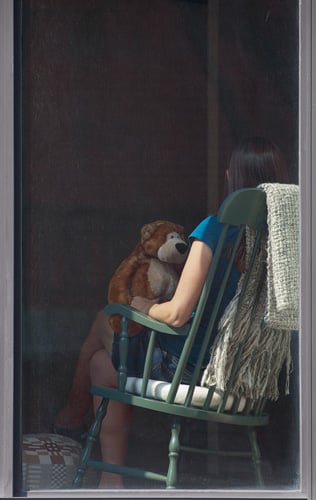 Clifford Finn, one of the residents of the luxury apartment (where penthouses cost upwards of $6 million), is quoted by the paper as saying, “A grown man should not be able to photograph kids in their rooms with a telephoto lens. You can argue artistic license all you want, but that’s really the issue here. I’m sorry, but I’m really bothered by this.”

Other residents in the building are considering legal action against the photographer.

In a statement for the project, the 60-year-old Svenson says his work is similar to birdwatching:

For my subjects there is no question of privacy; they are performing behind a transparent scrim on a stage of their own creation with the curtain raised high. The Neighbors don’t know they are being photographed; I carefully shoot from the shadows of my home into theirs. I am not unlike the birder, quietly waiting for hours, watching for the flutter of a hand or the movement of a curtain as an indication that there is life within.

According to experts contacted by the NYPost, there is likely no misdemeanor criminal case against Svenson due to the fact that faces in his photos “aren’t fully visible”.

Thanks for sending in the tip, Bruce!

Brandon Stanton: “How Our Worldview is Negatively Affected by Good Stories”