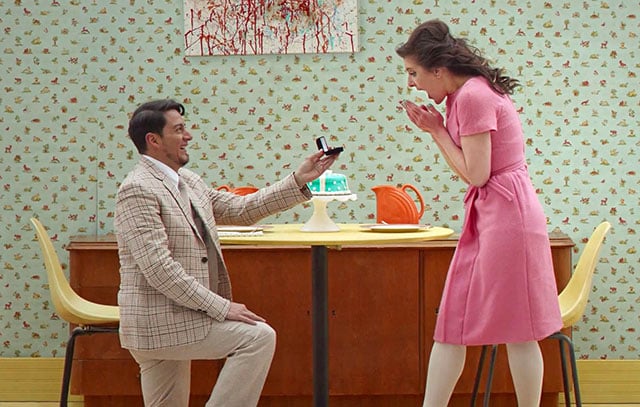 Back in December 2014, we shared about photographer Justin Bettman‘s Set in the Street project that involved building elaborate “indoor” sets on outdoor sidewalks in New York City, shooting portraits on them, and then leaving them for the public to pose with.

This past Valentine’s Day, Bettman’s ongoing project took a different (and romantic) turn: he built a set for a stranger to propose to his girlfriend in.

Here’s what happened: after his project was widely published, Bettman received an email a few months ago from a man named Jose Luis who saw #setinthestreet in New York Magazine.

“I am planning to propose to my girlfriend, and I was wondering if there is a way for you to help me do it,” Luis wrote. “As you can understand, I am not the richest man in the world; I am simply in love.”

“Once I read that, it wasn’t even a question,” Bettman says. “Of course I was going to build a set for this guy to propose on.”

So Bettman and his crew traveled to location on the edge of the water in Williamsburg, Brooklyn, where Luis and his girlfriend had their first date. The props for the set were gathered from all kinds of places — Craigslist, friends’ apartments, and even off the sidewalk. 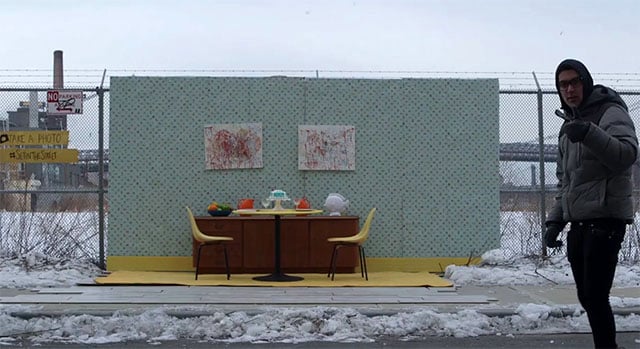 Bettman then invited Luis and his girlfriend to his set to pose as models for a portrait. Here’s a 2-minute video showing how things went down and how the photo shoot unfolded:

And here’s the proposal photo that Bettman was able to add to his #setinthestreet project: 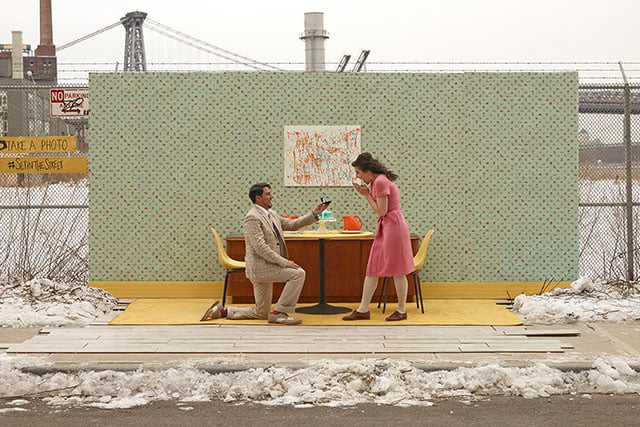 Image credits: Photos and video by Justin Bettman/Set in the Street and used with permission