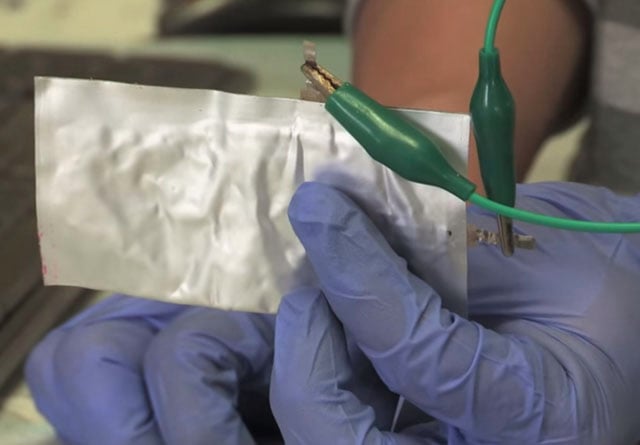 Tired of waiting hours for your camera battery to recharge? A newly developed aluminum battery could one day replace lithium-ion batteries and allow you to charge from empty to full in a matter of minutes.

A research group at Stanford led by chemistry professor Hongjie Dai has developed a new high-performance aluminum battery that has a number of big advantages over the ubiquitous alkaline and lithium-ion batteries that power most electronics today.

Unlike li-ion batteries, which sometimes catch fire in certain situations, aluminum batteries aren’t volatile and can continue working for a while even if you drill a hole through the middle of them.

They can also have a high-charge storage capacity and high-speed charging. The Stanford scientists reported “unprecedented charging times” with their prototype battery, achieving a one minute recharge instead of the hours it takes for current li-ion batteries.

Aluminum also allows for flexible batteries and is a cheaper metal than lithium. 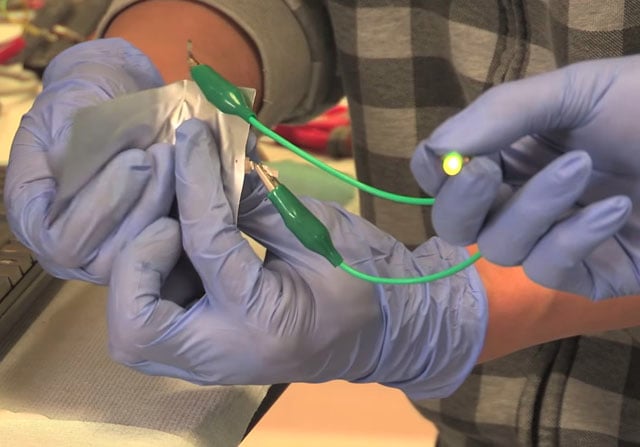 The main challenges the scientists had to overcome were giving the aluminum batteries a longer lifespan and more voltage. Early aluminum batteries died after 100 cycles, but the latest Stanford prototype can last 7,500 cycles without any loss of capacity. Li-ion batteries, on the other hand, are typically rated to only 1,000 cycles.

In terms of voltage, the current aluminum battery prototype generates about 2 volts of electricity — about half of a typical li-ion battery but higher than anyone has achieved up to this point. The scientists believe that their battery voltage will increase as they improve on the design, closing the gap with existing technologies.

“Otherwise, our battery has everything else you’d dream that a battery should have: inexpensive electrodes, good safety, high-speed charging, flexibility and long cycle life,” Dai says. “I see this as a new battery in its early days. It’s quite exciting.”

If this technology does replace li-ion batteries in the camera world, we may one day enjoy cheaper batteries that charge faster, provide power for longer, and last for many more cycles than current batteries.

(via Stanford via Engadget)

P.S. As we reported back in 2012, scientists are also working on making lithium batteries recharge in minutes.

This Camera Survived Three Months at the Bottom of the Ocean

Underwater Portraits of Babies in a Swimming Pool