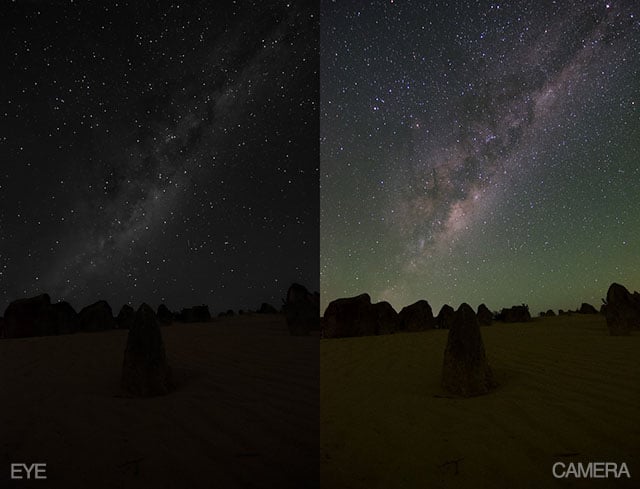 The Internet is teeming with photographs and videos of the starry night sky that dazzle the eyes and tickle the imagination, but have you ever wondered how the imagery compares to what photographer’s naked eye actually saw while the camera was taking a picture?

Photographer inefekt69 recently decided to answer that question by creating the photos above. On the left is what the human eye could see in the dark, outdoor field, and on the right is the photo he shared online.

The photograph was captured at a well known tourist spot in Western Australia called The Pinnacles, located two hours away from Perth in Nambung National Park. This particular location shown rates about one or two on the Bortle Scale of night sky darkness, so it’s largely free from light pollution and a great place to observe the night sky with the naked eye.

Different people have different abilities to see in low light, so inefekt69’s is far from scientific, but here’s what he did: he did his best to note what his naked eye can see while capturing his long exposure photos of the sky.

Here’s the photo as it appeared directly out of camera. It was a 30-second exposure at ISO 3200 and an aperture of f/2.8. 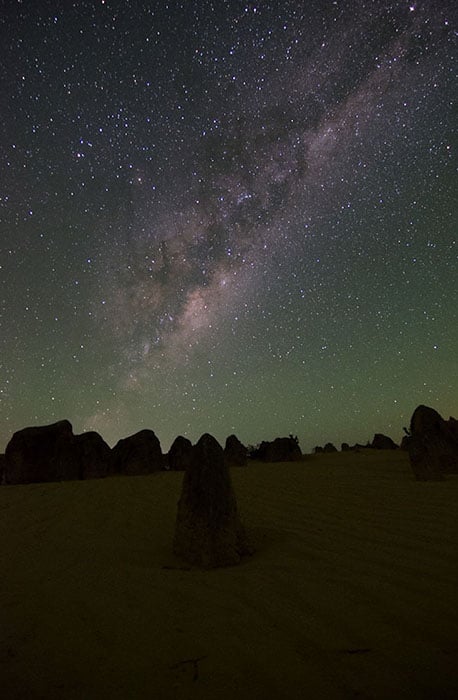 inefekt69 then used Lightroom to recreate the details of what he actually saw. He adjusted the exposure on his RAW photo to match the darker appearance of the scene, and he also desaturated the sky to remove the color captured by the camera — humans aren’t good at detecting color in low light.

He then ran a noise filter on the image to remove all the dimmer stars that he couldn’t see. Finally, he adjusted the photos contrast and black levels with sliders and adjustment brushes to make the sky “look more natural.” Here’s the resulting image that shows what he actually saw on that night: 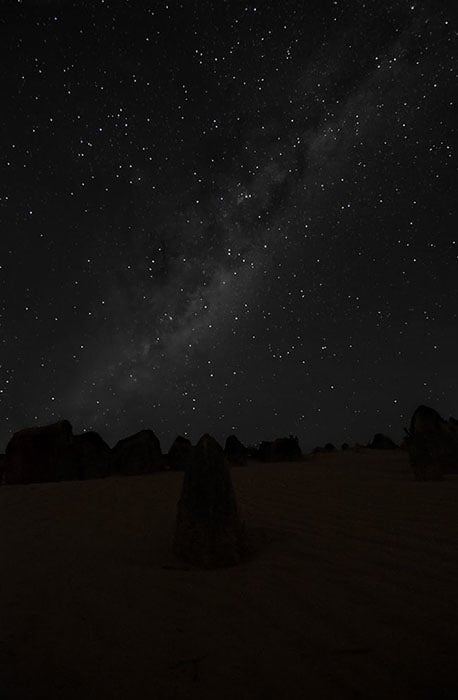 Now if anyone asks you how “real” your long exposure photo of the night sky is, just share these images with them.

Image credits: Photographs by inefekt69 and used with permission