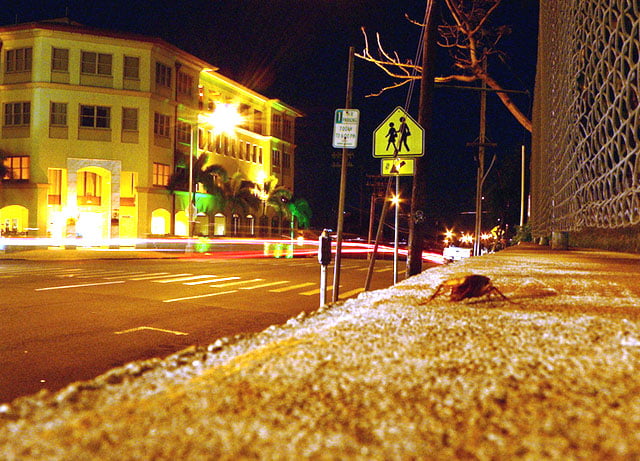 Did you know that some creatures can actually see the world in long exposures? Scientists recently discovered that cockroaches are the latest insect found to have that feature built into their eyes and brains. It allows the resilient little bugs to see in near-pitch black environments.

Scientific American reports that researchers at the University of Oulu in Finland inserted a harmless recording instrument into a roach’s eyeball in order to document electric signals that are generated when the photoreceptor cells detect an incoming photon.

They found that cockroach eyes are able to absorb one photon every 10 seconds in conditions equivalent to a moonless night. Although humans and most creatures wouldn’t be able to process light signals at that rate, cockroaches pool the photon signals they detect over time, forming a long exposure image of the scene that allows them to see the world.

The idea is similar to how cameras can pool photons on film and sensors with long exposure times in order to capture properly exposed photos in low-light settings.

A nocturnal bee and a dung beetle are reportedly two other species that are known to use similar long exposure vision techniques in the dark. Scientists are now trying to figure out how this natural ability works in order to improve our artificial night vision technologies.

(via Scientific American via Imaging Resource)

An Interview with Photographer Arne Svenson