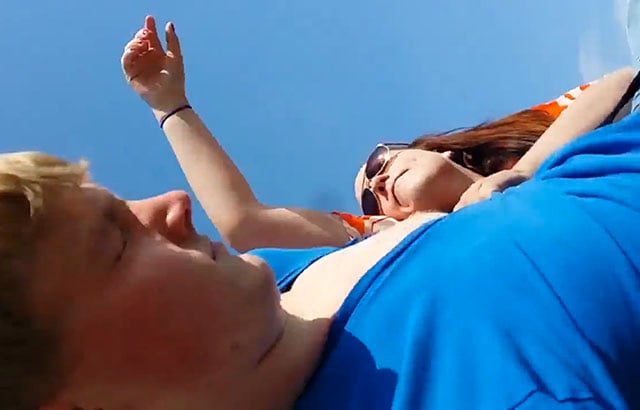 The woman who was captured in a viral video last year attacking a drone photographer and calling him a “pervert” may have her charges dropped and record cleared.


23-year-old Andrea Mears has appeared in a Connecticut court and applied for accelerated rehab, or a probationary period in which she must stay out of trouble. After the period is over, Mears may have her third degree assault charges dropped.

Mears became Internet famous last year after confronting 17-year-old Austin Haughwout while he was capturing aerial imagery of Hammonasset Beach State Park on May 12th. She accused Haughwout of being a “pervert” and using his quadcopter camera to shoot photographs of girls sunbathing in bikinis.

During the confrontation, Mears struck Haughwout, grabbed him, and ripped up his shirt. The encounter was captured by Haughwout using his cell phone camera (warning: there’s some strong language in the video):

Now it appears that Mears may walk away from the attack with what Haughwout believes is a slap on the wrist. A jury will determine if she qualifies for accelerated rehab, and her next court appearance is on July 9th.

“If it had been a male that had assaulted a female, the punishment would have been much more severe,” Haughwout tells FOX CT.