Editor’s Note: This video contains strong language that is not suitable for viewing at work.

We’ve seen our fair share of photographers being harassed by people who would rather they not be taking pictures in a public space. Be it a cop or an angry citizen, the worst it typically gets is the photographer being forced (illegally) to delete the photos he or she has taken.

This particular run in, however, goes far, far beyond that as the upset citizen begins violently assaulting the photographer.

According to Photography Is Not A Crime, the incident took place last month at Hammonasset Beach in Madison, CT between the unnamed photographer and a woman by the name of Andrea Mears. As you can see from the video, Mears, 23, approaches the photographer because she is upset that he is using a “helicopter plane” to take pictures, and when he refused to stop, she promptly calls 911 (three times according to a forum post by the photographer). 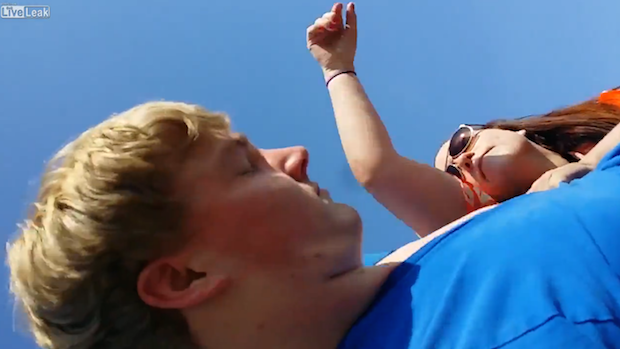 That is all good and well. If the story ended there the police might show up and, if they understand the laws regarding photography in public spaces, explain to Ms. Mears why he is well within his rights. But it doesn’t stop there.

Seconds after she hangs up the phone with the police, she begins to violently, physically assault the photographer. She rips his shirt and hits him repeatedly, all the while cursing at him as she ‘teaches him a lesson’ for flying his UAV at the beach. 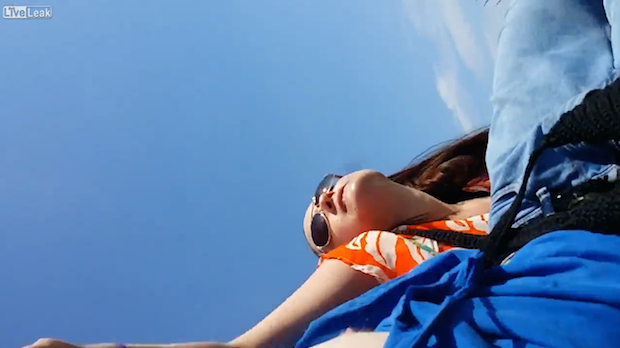 Which brings us to the final, perhaps most troubling part of the story. Fortunately the unnamed photographer had the presence of mind to begin secretly recording the altercation when he saw how aggressive Mears was being, because, according to the video, when the police arrived, she tried to tell them he had assaulted her.

The video evidence cleared his name and kept him from having heinous charges pressed against him. As you can see, it’s obvious who was doing the assaulting.

So obvious, in fact, that once police saw it they arrested Mears, charging her with assault in the third degree and breach of peace in the second degree. She’s scheduled to appear in court on the 19th of this month.

The video, which was uploaded to YouTube by the assaulted photographer, has been taken down, as have all of the mirrors of it that we could find. According to the message that you find if you try to visit the links now, they’ve been removed because the content is “designed to harass, bully or threaten.”

Fortunately the footage is still live on LiveLeak, where it won’t be getting removed anytime soon, so you can still see the whole, troubling incident for yourself at the top of this post.

(via Photography Is Not A Crime via LiveLeak)

How to Take Full Advantage of Lightroom’s Develop Module, a Thorough Walkthrough