TIME released this behind-the-scenes video showing a recently photo shoot of actor Benedict Cumberbatch for the cover of the magazine. Cumberbatch will appear in the upcoming film “The Imitation Game” as Alan Turing, the renowned British mathematician, codebreaker, and computer science pioneer.

Photographer Dan Winters was the man behind the camera. Having studied World War II in great detail, Winters wanted to include an original Enigma code machine as a prop in the shot.

After some searching, the team finally located and borrowed one of the last machines, owned by the Computer History Museum in Mountain View, California. TIME writes that a vice president of the museum personally drove the rare machine across California to deliver it to the studio in Los Angeles.

Here’s the portrait and magazine cover that resulted from the shoot: 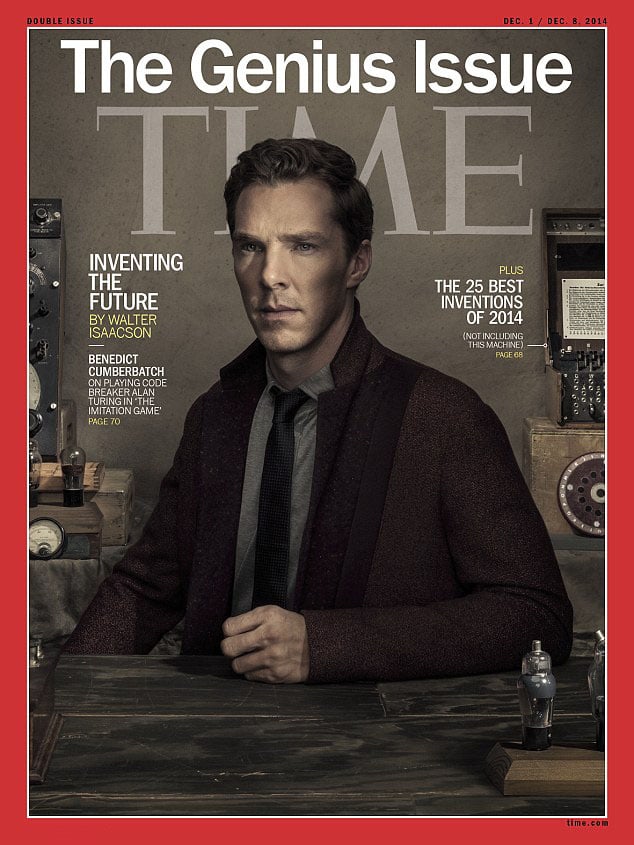