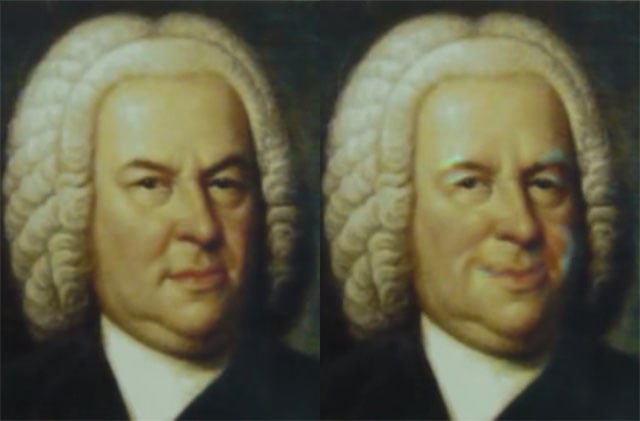 Light projectors have been used in recent years for crazy 3D projections on buildings and other large surfaces. A Japanese company is using a similar concept to bring static 2D photos to life.

By carefully creating a grayscale motion pattern and projecting that pattern onto photographs (and other static objects), the technology can create the illusion of movement. 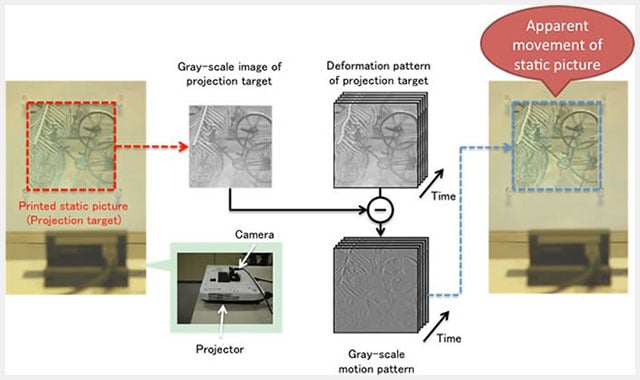 Here’s a demo showing some interesting examples and applications:

As you can see, the projector can give the illusion of water and wind, of faces blinking and smiling, and other various effects. The company says the tech could be used to turn photographs into never before seen visual experiences.

No word yet on whether this will be offered as a commercially available product anytime soon.