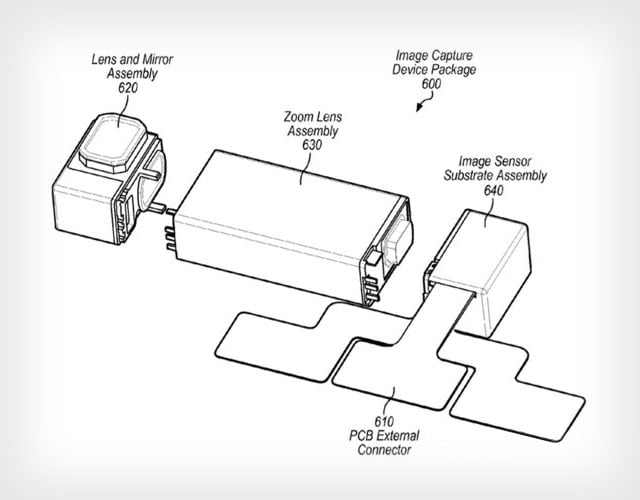 A recent patent filing by Apple suggests that the company is working on a new periscope-style camera module design that offers better optical stabilization with the use of mirrors.

AppleInsider first reported on the patent, titled “Mirror Tilt Actuation” and published this week by the USPTO.

Apple’s existing camera modules have a relatively small footprint inside the iPhone and iPad, but this latest patent shows a camera that takes up much more space do to its system of lenses and mirrors.

The diagrams and descriptions speak of a stabilization system that is more practical for phones than “lens barrel shift” and “camera tilt” systems. Apple’s system uses a lens for taking in light, a mirror for redirecting that light, a moveable lens for zooming in and out of the shot, and a sensor unit that captures the scene at the end. 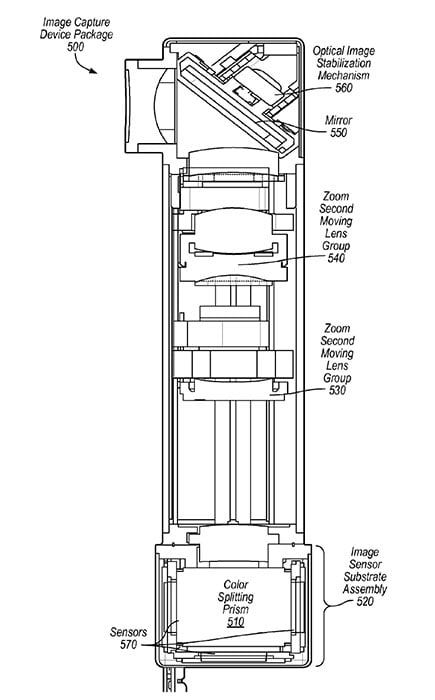 The mirror tilts in order to compensate for the shooter’s hand shake, stabilizing the scene for the camera.

There’s no word on whether this is actually something that’s actively being developed for a future iPhone camera or instead something that Apple will toss onto its pile of intellectual property next to its $178 billion in cash.