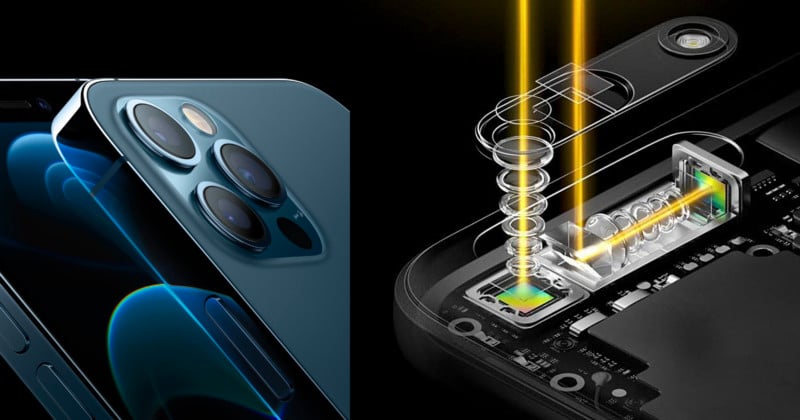 Apple has been beaten to the periscope “folded” camera punch by pretty much every other smartphone manufacturer, but it continues to design and patent new takes on the now-commonplace tech. It was granted a patent for a new design that includes folded optics and “lens shifting” capabilities.

Folded optics, or more commonly known as periscope cameras, are a design that allows smartphones to gain considerably more optical zoom than a typical lens design by placing the lens array parallel to the long edge of a smartphone body and bending the transmission of light to the sensor by using one or more prisms. The design has been used by Samsung, Huawei, and others to make smartphone cameras that sport massive optical zooming capabilities compared to what Apple offers.

This latest patent was filed in January of 2019 but finally granted and published on August 17 of this year, as noted by Patently Apple.

Of particular note is this schematic shown in figure 13A of the patent (below) which shows a folded optics arrangement that uses two prisms and an example of how an actuator would shift the lens group along multiple axes. Basically, it shows how Apple might integrate optical image stabilization into a periscope design. 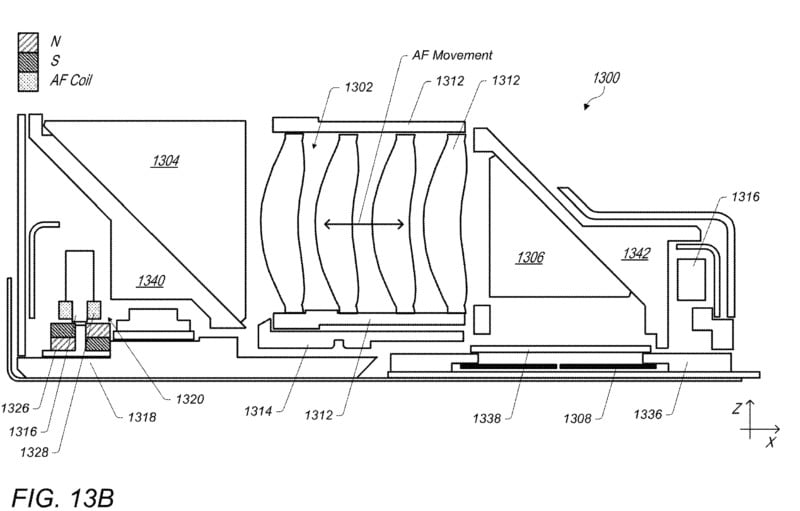 The front element of the camera is located at the upper left side of the figure, while the sensor is pointed upwards and located on the bottom right. The optical arrangement can be seen in the middle and is capable of compensating for movement. Two prisms can be seen redirecting the light to create the “folded” camera system.

This patent expands upon periscope technology that Apple patented earlier this year that does not have any optical stabilization capability. Neither do two other patents filed by Apple at two other points in 2021.

While experts don’t expect Apple to actually introduce a periscope camera into its iPhone line until at least 2023, the company still seems pretty active in patenting designs for the technology. It’s unclear which one of these patents — or a combination of patents — will eventually make it into an iPhone, but those who wish that their iPhones had better optical zoom than just the 5x zoom available on the iPhone 12 Pro Max probably don’t think that day can come soon enough.

Apple’s full patent can be read on the United States Patent Office’s website.