A week ago, Sigma unveiled its new 24mm f/1.4, the latest lens in its highly-regarded Art line of lenses. Now, the rumor mill is churning again as photographers look forward to which focal length Sigma will cover next.


Here’s what the Art lens lineup currently looks like, along with the price tags currently found on each item: 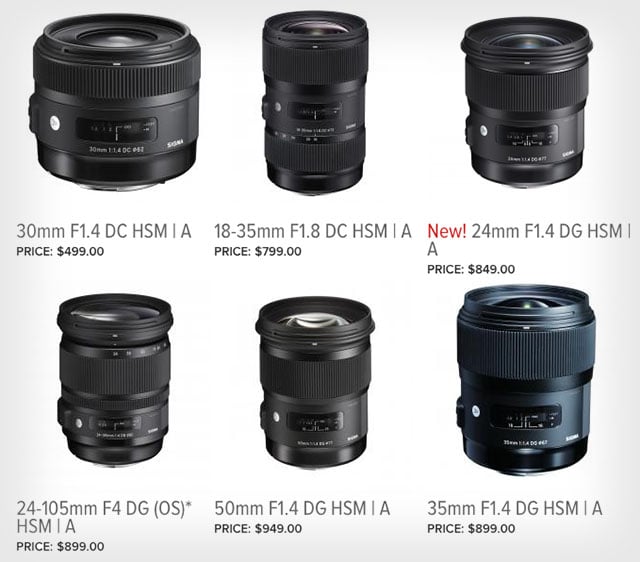 So what’s next? Canon Rumors is hearing that Sigma is working on both a 85mm f/1.4 lens and a new 135mm prime. The 85mm may come first, since “Sigma feels there will be a higher sales volume likelihood” with that focal length compared to the 135mm.

There is also talk of a new 24-70mm f/2.8 Art lens on the horizon, which would challenge two of the most popular lenses in the Canon and Nikon lens lineups. Canon Rumors says that Sigma was considering a 24-70mm f/2 at one time, but it would have been difficult to offer a significantly lower price than Canon and Nikon’s f/2.8 offerings.