Time-lapse photographer Rob Whitworth has taken the idea of hyperlapses to the next level with his latest video, “Dubai Flow Motion” (shown above).

It offers a tour of Dubai through the lens of Whitworth’s camera as it does seemingly impossible zooms through various perspectives, from the ground, into an airplane, to the top of the tallest building in the world, and then down to the bottom through the floors.


“I think I might be the first person to hyperlapse vertically down through a building, and the world’s tallest at that,” Whitworth tells us.

Many of the hyperlapses were indeed captured with a single take. To see for yourself, check out this extended cut from one of the scenes in the film. It shows how Whitworth actually followed a plane from its arrival to a suitcase arriving in the hands of a model:

Whitworth tells us that he used 3 cameras for this shot: one strapped to the baggage cart that was sent out to meet the arriving Airbus A330, one mounted to the suitcase to follow its unloading process, and one with Whitworth to follow the businessman. 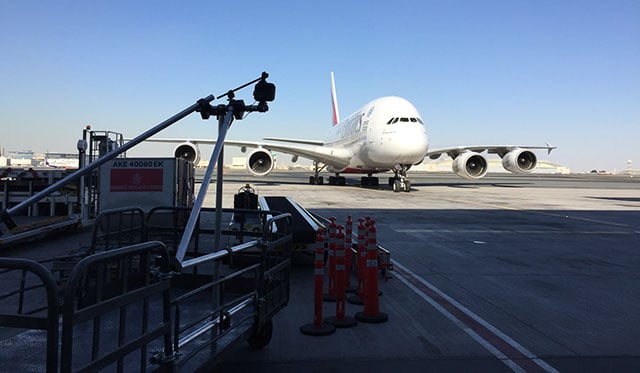 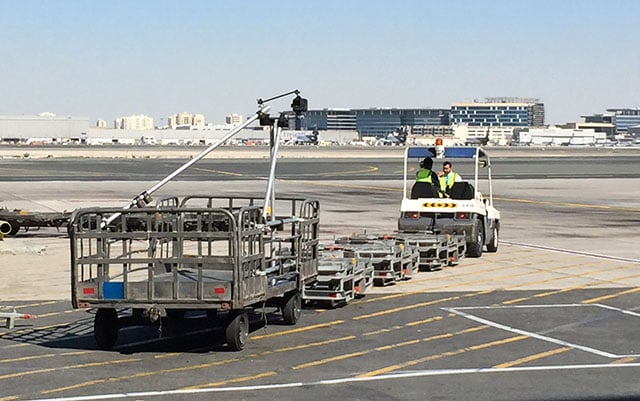 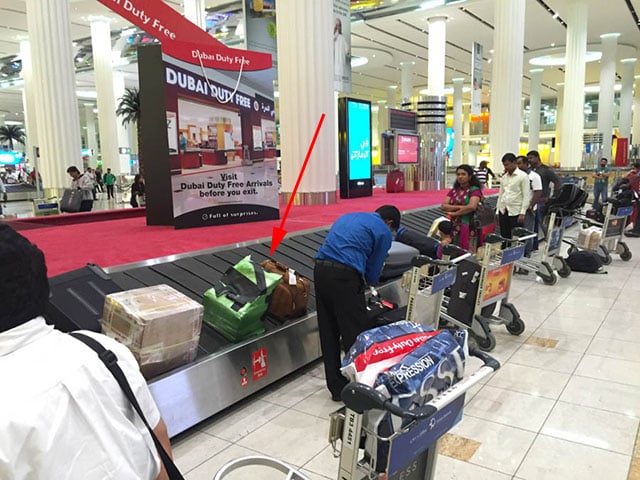 “This was honestly one of the most complicated shoots I’ve worked on and everything had to be spot on the first time,” the photographer tells us.

The storyboarding phase for this project itself took two weeks to complete. Of course, there was also the tricky matter of getting all the permissions needed for all the various locations he needed to shoot from.

Here are some behind-the-scenes photographs Whitworth sent in: 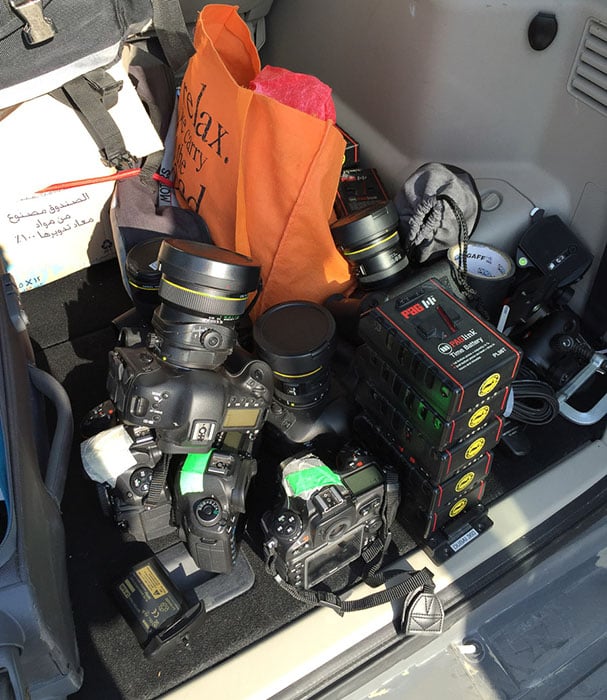 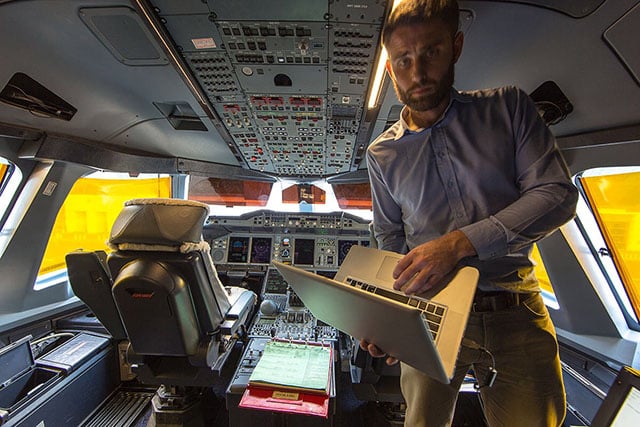 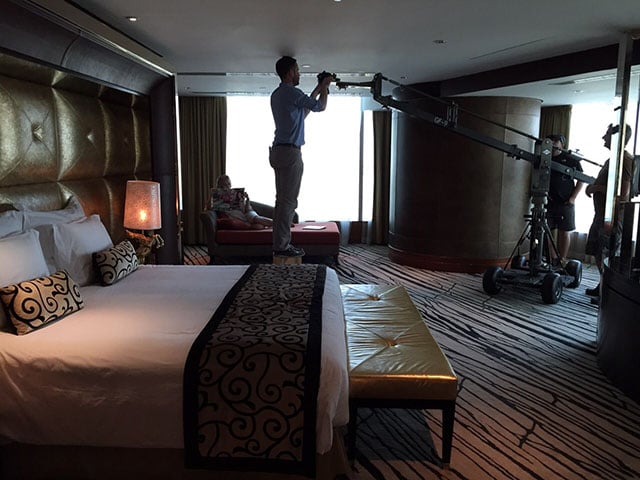 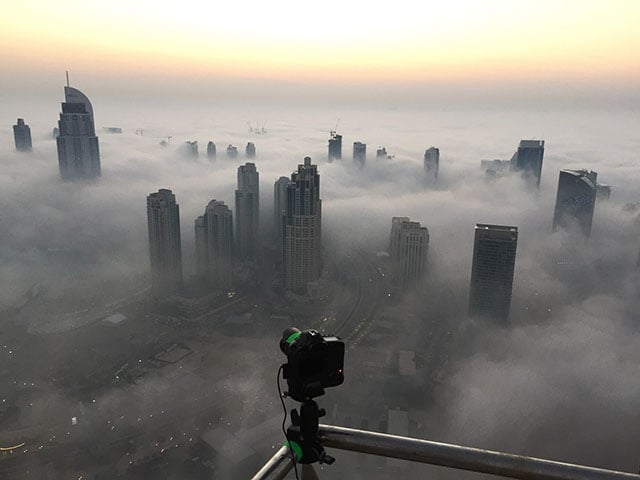 “Really this video was about creating an amazing storyboard that people would be interested in watching, and then working out how it could be possibly done,” Whitworth tells us. They worked it out quite well, if you ask us.