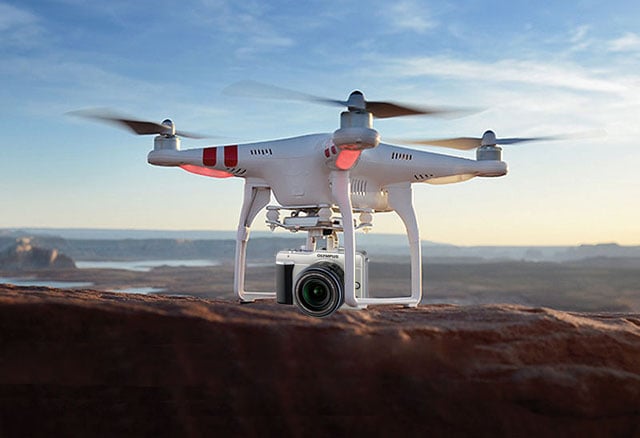 Olympus has announced that popular drone manufacturer DJI is the latest company to join the Micro Four Thirds System standard. The news suggests that there may be MFT-system camera drones somewhere on the horizon.

In addition to putting its own cameras on drones, DJI has also made it easy for drone operators to mount GoPro cameras. With rumors swirling around of GoPro planning to enter the camera drone market, perhaps DJI is branching out into new camera options in order to keep its offerings separate from its potential future competitor.

(via Olympus via DPReview)

Nighttime Photographs of Las Vegas Captured from a Helicopter at 9,000 Feet