Hippos are huge, but they’re deceptively fast underwater. Photographer Craig Clive Jackson was recently on a photo safari in Botswana when the boat he was sitting in was charged by a gigantic hippopotamus. He caught the whole experience on camera in the video above.

Jackson was on a photo safari with Pangolin Photo Safaris in Kasana, Botswana. The tours are on eight-seater boats, and every customer is loaned a Nikon D7000 DSLR and a Sigma 150-500mm lens to shoot with. 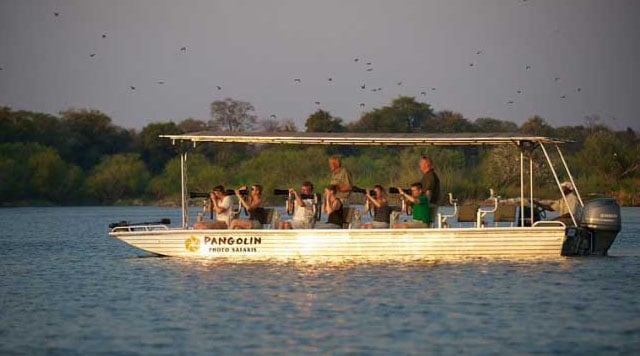 The group was traveling along the Chobe River on a 3-hour journey when they came across a hippo that turned toward the boat and began to charge. Jackson had his phone ready, and began to record the incident. He ended up capturing a scene that looks like something out of Jaws: 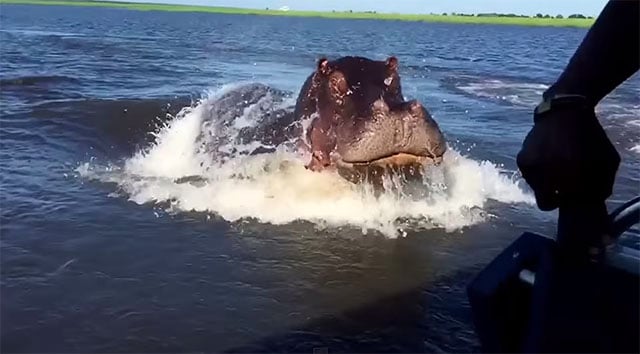 “The Hippo was closer to the boat than what it appears on the video,” writes Jackson’s father. “It is amazing how fast a Hippo can move in water, never under estimate a Hippo speed by its physical size.”

But don’t let this video scare you from doing a similar tour. “Do yourself a favor, if you enjoy wildlife photography as an amateur or professional, you must do one of these photo safaris,” he says.

Re: If You Don’t Want Your Photos Stolen, Don’t Post Them on the Internet

The Importance of Contracts: Wedding Photog in a Dispute Over Album ‘Cover’ Charge