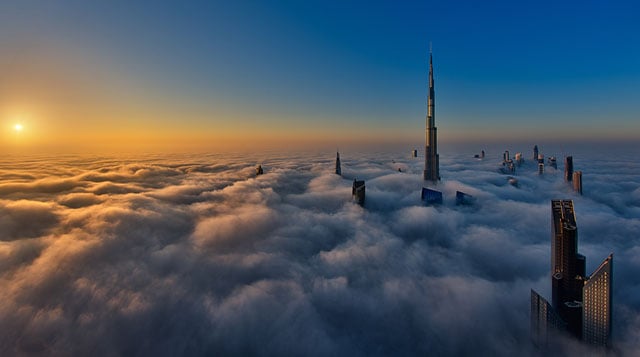 The city of Dubai in the United Arab Emirates is known for its impressive skyline, which features the world’s tallest building. Every so often, the city will become blanketed with a thick layer of fog that opens the door to beautiful photos of skyscrapers rising above clouds.

Daniel Cheong is one photographer who’s always on the lookout for this particular photo opportunity. Over the years, he has built up an impressive collection of shots showing skyscrapers poking through Dubai fog.


Cheong tells us that he was born in the island nation of Mauritius, is Chinese by descent, and is French by nationality. Since starting out in photography 7 years ago, he has settled on cityscapes as one of his main photographic interests.

Fog usually happens during seasonal transitions from hot weather to cooler weather. During the days of these transitions, Cheong monitors weather reports closely while keeping an eye out for specific things (e.g. temperature, dew point, humidity level). When there’s a chance of thick fog, he’ll spend a few sleepless nights at his lookout points, hoping that favorable conditions will develop.

When fog does roll into town, Cheong will fix his camera to a spot and capture multiple exposures, which are later blended together in Photoshop using layer masks. Here are some of the fog photos in his portfolio so far: 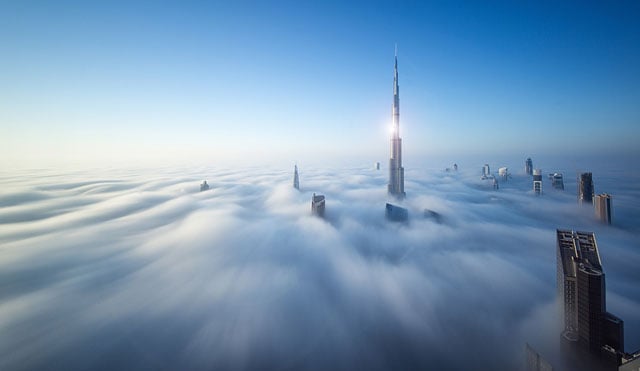 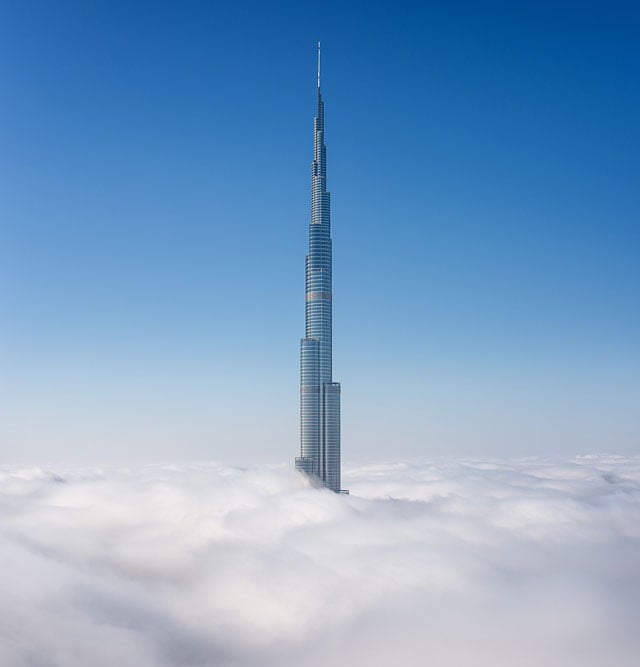 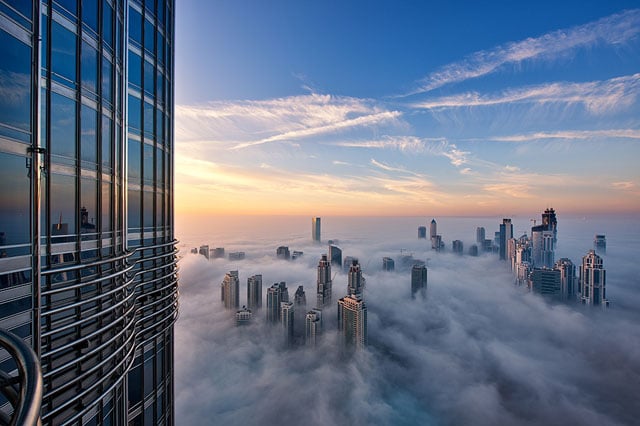 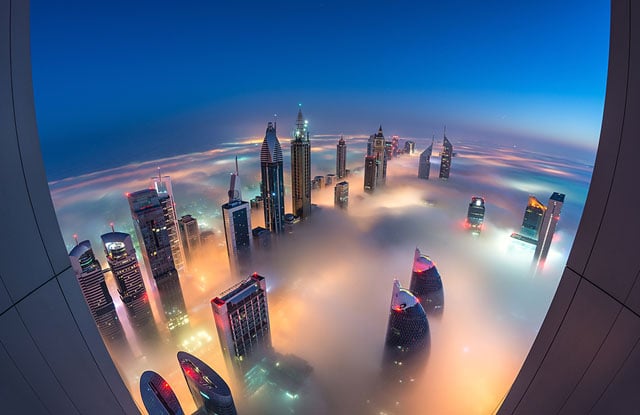 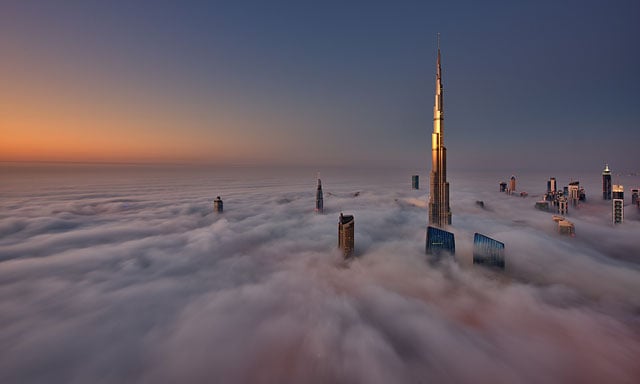 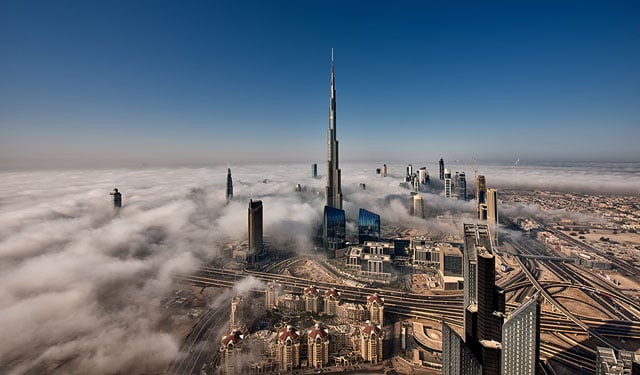 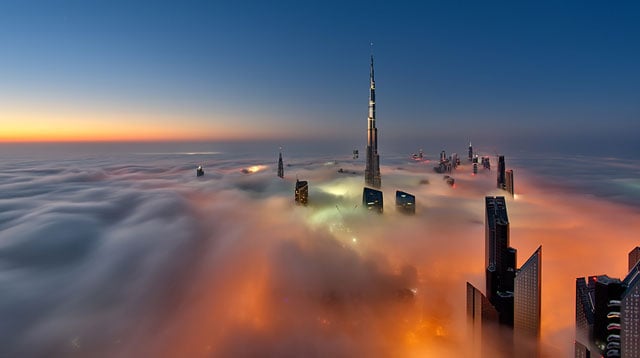 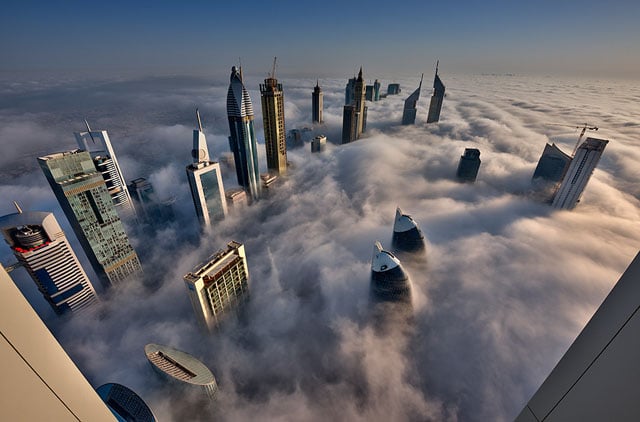 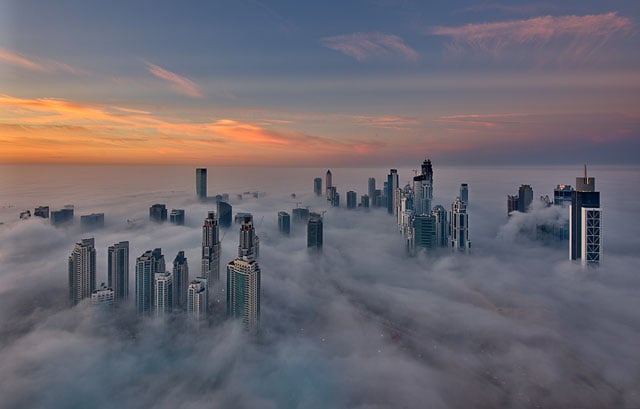 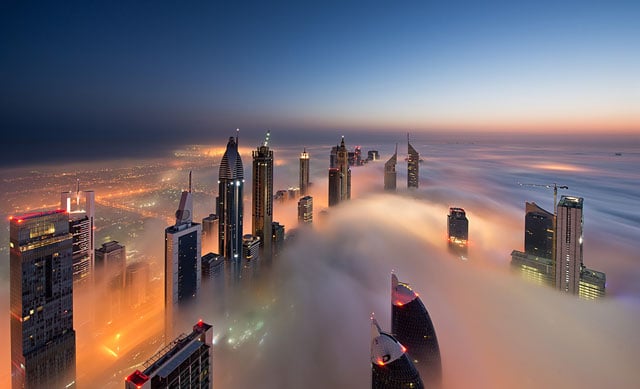 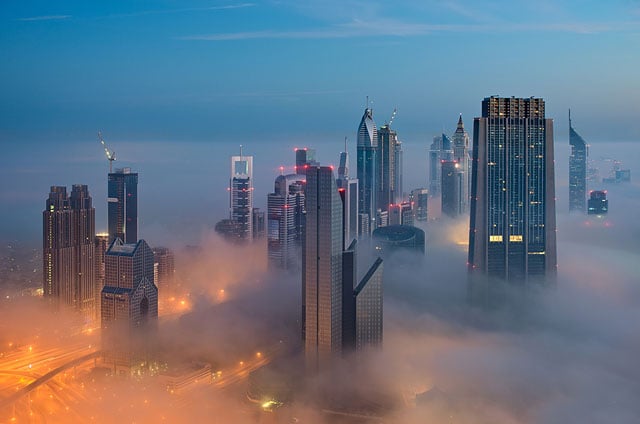 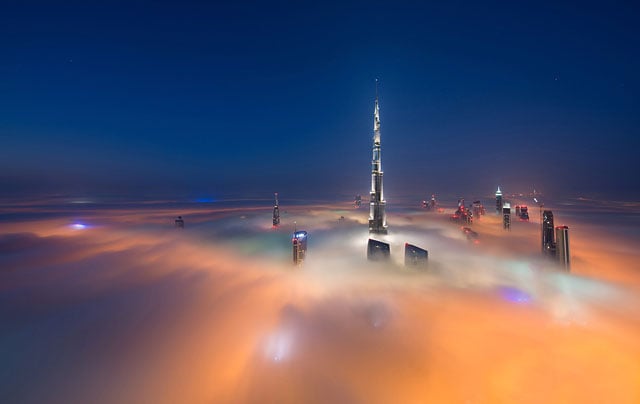 Image credits: Photographs by Daniel Cheong and used with permission

Inspiration
burjkhalifa, cityscape, clouds, dubai, fog, skyline
Related Articles
Discussion
Trending Articles
$1B Giant Magellan Telescope to Have 4x the Resolution of James Webb
Aug 09, 2022
Video Puts Into Perspective How Far Away James Webb’s Camera Can See
Aug 12, 2022
What You Need To Know About Tonight’s Perseid Meteor Shower Peak
Aug 12, 2022
My Friend’s Smartphone Took a Photo That Rivals My Full-Frame Camera
Aug 12, 2022
It Looks Like the Nikon Z7 is Being Discontinued
Aug 11, 2022