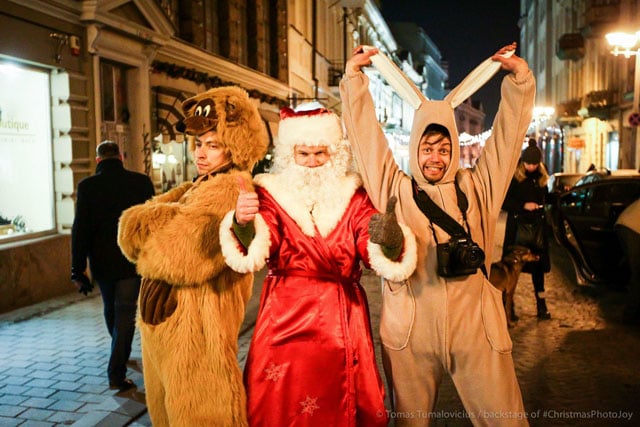 Tired of strangers giving you wary glances when you photograph them? A Santa suit can change that suspicion into smiles.

Lithuanian photographer Tomas Tumalovicius tells us that he recently shot a project in which he photographed strangers in public places while dressed up as Santa Claus.

After walking up to his subjects, Tumalovicius snapped one photo when they first turned towards him and a second when they realized that they were being photographed by Santa.

Here’s a video showing what happened:

So it seems that people drop their guard if the photographer pointing a large camera at them is wearing some kind of silly costume (Imagine how they would have reacted had he done the same thing while wearing ordinary clothing.).

Here are some of the resulting before and after photographs: 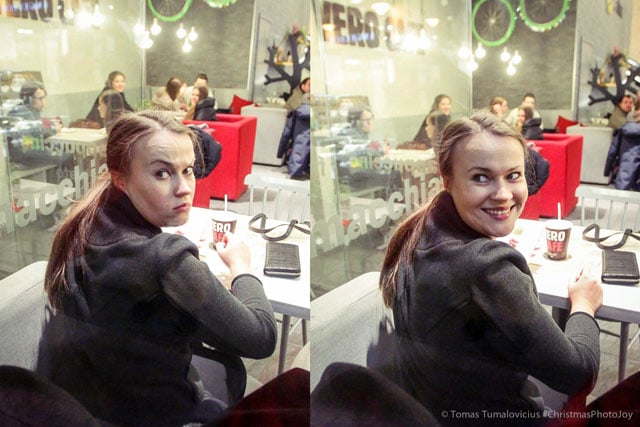 Tumalovicius is encouraging photographers around the world to dress up like Santa and spread some Christmas joy wherever they live. “Spread Christmas joy to people who are too busy to see it coming and capture people’s emotions before and after they see a Santa with a camera taking pictures of them,” he tells us.

P.S. Want a disarming street photography outfit that stays relevant year-round? You can find Care Bear costumes for both women and men on Amazon: 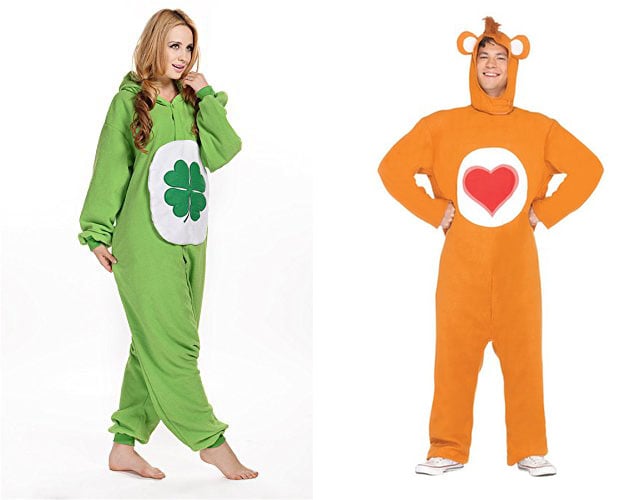 Just kidding. (But feel free to share your results with us if you do try this out.)

Image credit: Photographs by Tomas Tumalovicius and used with permission