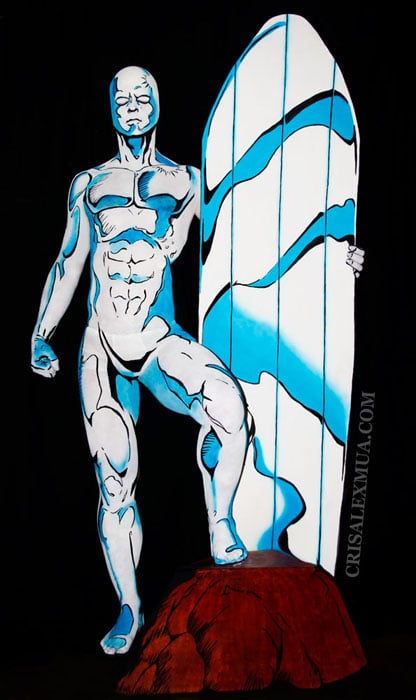 Check out this comic book illustration of Marvel’s Silver Surfer. What you might not be able to tell at first glance is that it’s not actually an illustration at all, but rather a photograph of an actual model.

Cris Alex of Burbank, California created the photograph as a recreation of Ron Lim’s cover of Silver Surfer Vol 3 Issue #20. Here’s the actual cover and illustration: 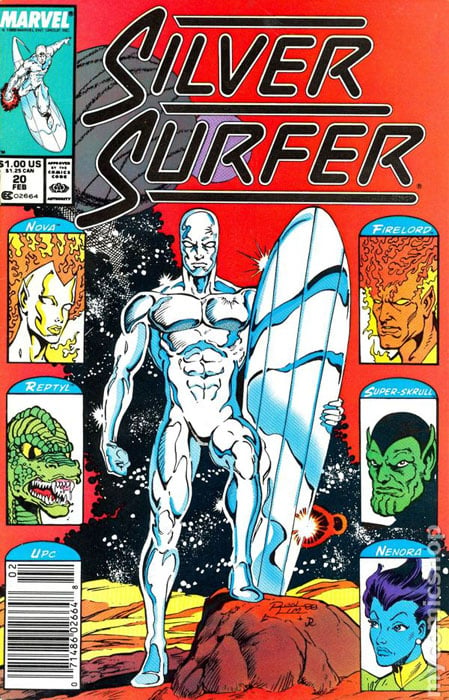 The model’s makeup was done using PPI Skin Illustrator, and the surfboard and rock were fashioned out of simple foam core and acrylic paint.

Alex also used a strong direct light in order to flatten the appearance of the scene in order to make it look more like a 2D illustration.

Here are some closer behind-the-scene photos that’ll give you a better idea of what the paint and scene were like: 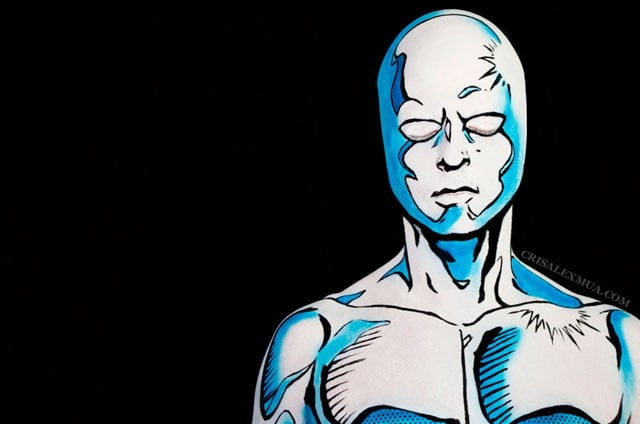 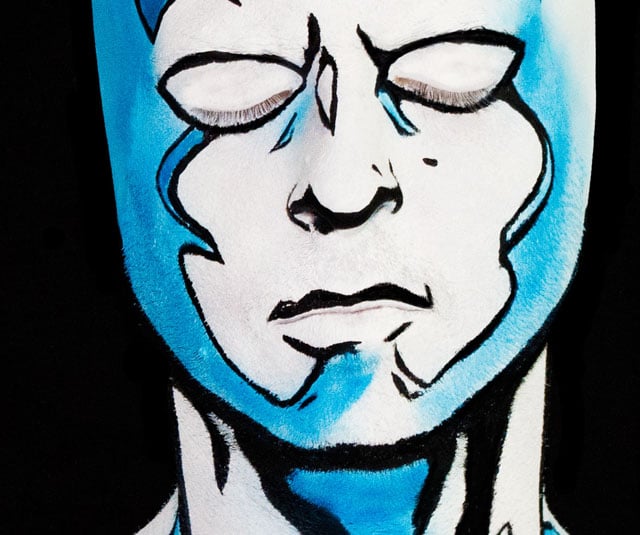 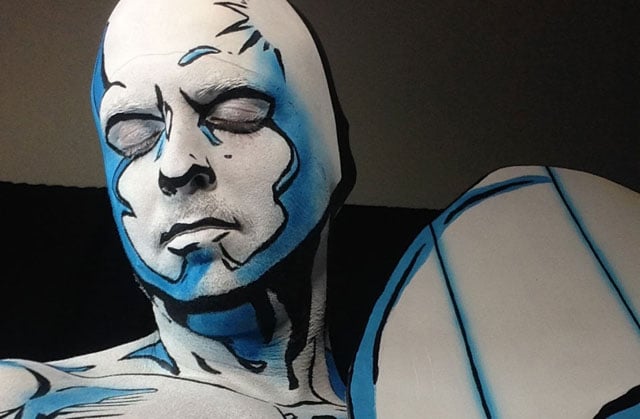 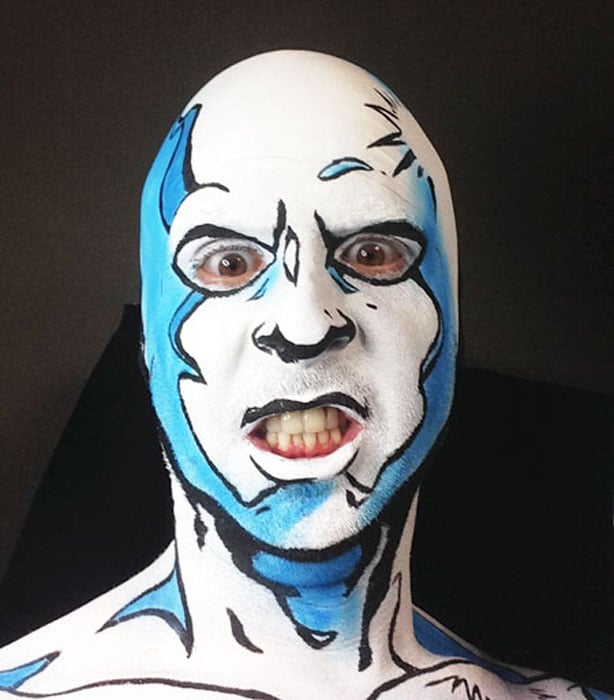 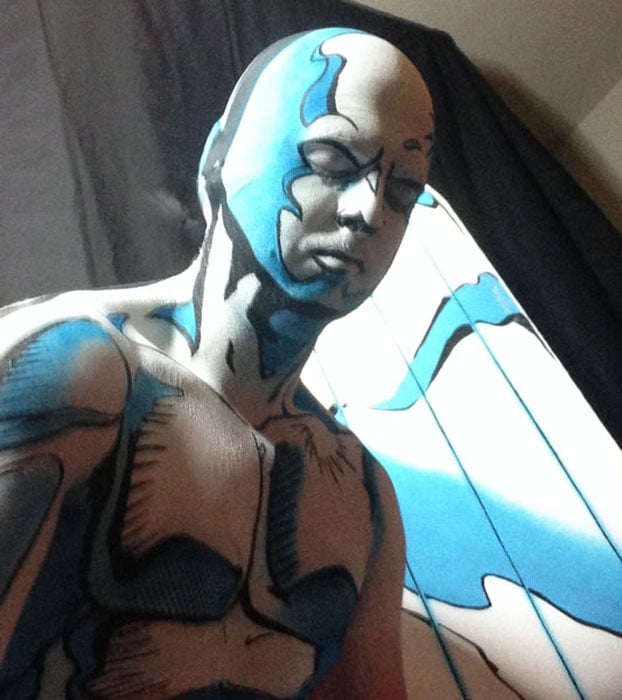 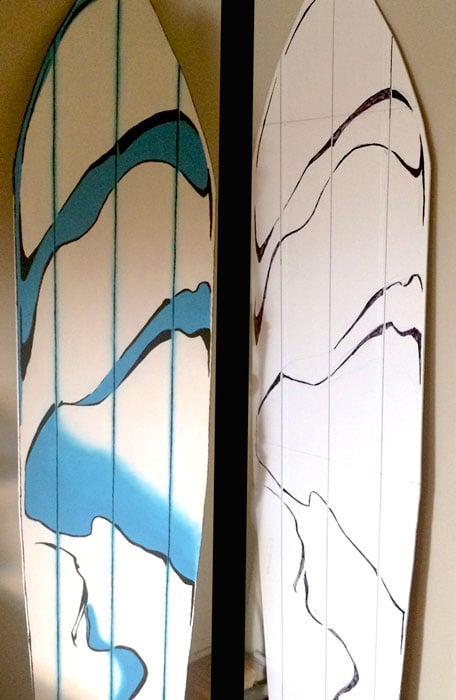 If you liked this project, be sure to check out artist Alexa Meade’s work. She uses paint to shoot photos that look like paintings.

Image credits: Photographs by Cris Alex and used with permission