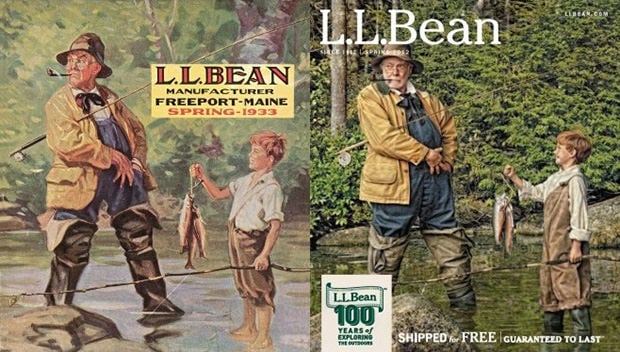 L.L.Bean recently decided to celebrate its 100-year anniversary by having commercial photographer Randal Ford recreated a classic 1933 catalog cover as a photograph. It’s amazing how faithfully Ford and his team was able to recreate the illustration — some of the vintage clothing had to be purchased off eBay!

Here’s a closer look at the photograph: 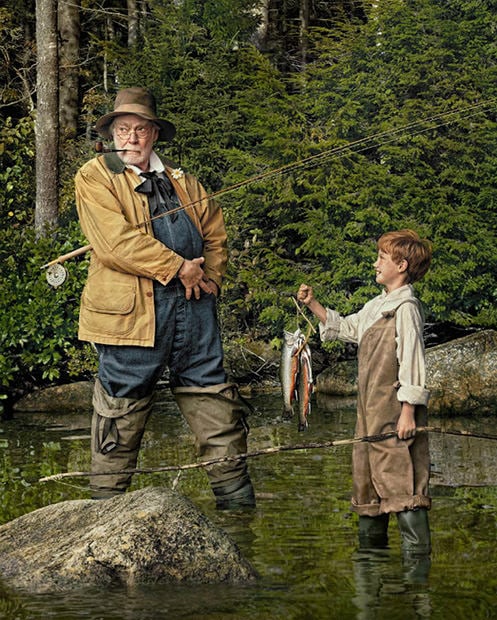 …and the cover it was based on: Here’s a behind-the-scenes video showing how it was accomplished:

(via L.L.Bean via PopPhoto)

Kodak Trying To Get Its Name Removed From Kodak Theatre