Alexa Meade turned her first person into a real life, three-dimensional painting in April of 2009. Now, four years later, she is known the world over as the artist who uses the human body as her canvas, creating photographs you would be hard-pressed to differentiate from two-dimensional paintings.(Note: the video above contains some body-paint nudity)

We first shared Meade’s work with you in 2010, almost a year after she stumbled across this form of photography that took her entirely by surprise. Now she’s back in the spotlight thanks to a TED talk that went online in September and has since accrued over 600,000 views on the TED website alone. 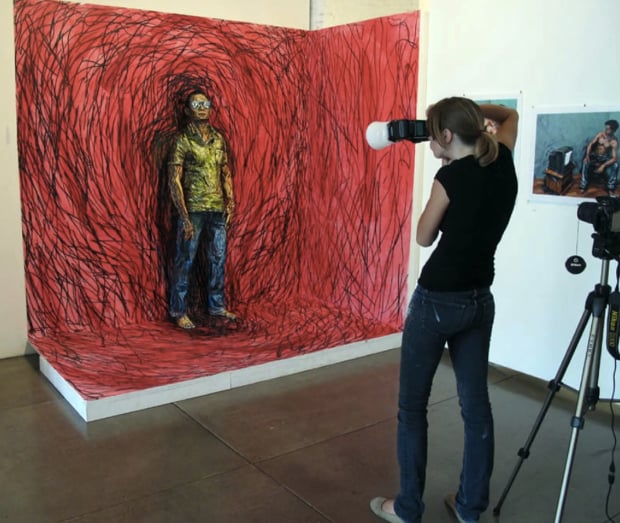 The talk is interesting for two reasons: first, it offers a behind the scenes look at how Meade does what she does, and second, it goes into detail on the humble beginnings of Meade’s photographic career.

You see, Meade’s dream wasn’t to be a photographer. In 2009 she was on the cusp of graduating college with a degree in political science, a degree she intended to put to work on Capitol Hill.

Giving up on her political dreams in order to explore this new-found talent required that she move into her parents’ basement instead of an apartment in DC, and begin experimenting with painting for the first time since the summer camp days of her youth. Looking back now, it’s easy to see that she made the right decision, but at the time it couldn’t have been an easy choice.

We’ll let you hear the rest of the story from the woman herself. Whether or not you’ve ever stumbled across Meade’s work in the past, this isn’t one you’re going to want to miss out on.