This year, the White House hosted its first ever Maker Faire, and amongst the barrage of incredible creations presented stood the elaborate camera/scanner/light setup responsible for capturing, rendering, and printing the world’s first 3D printed presidential portrait.

Autodesk, 3D Systems, the Smithsonian, and the University of Southern California are the folks behind the project.

Together, they created an impressive device that surrounded President Barrack Obama and captured every intricate detail of his head using 50 LED lights, and 14 cameras and hand-held 3D scanners. Once captured, the team used a high-res 3D printer to bring that detailed rendering to life in plastic. 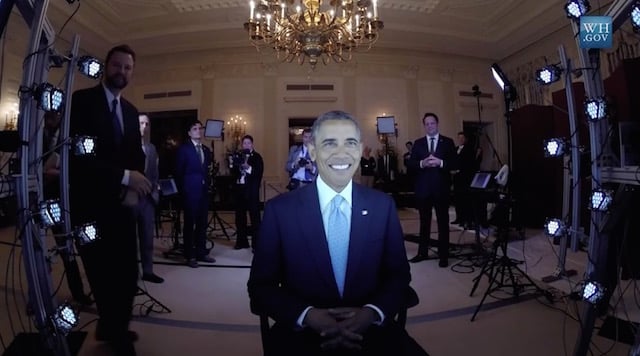 As of now, there’s no word on whether or not the 3D capture and creation of presidential portraits will become a tradition down the road, but it’s certainly an interesting way to take the president’s portrait to a new level.

Plus, we can’t help but to see this as the beginning for Futurama’s iconic ‘Head Museum,’ which has a dedicated ‘Hall of Presidents’ mind you…