In 2011, when the end of NASA’s shuttle program was announced, photographer Dan Winters decided that he would photograph the final three launches and compile those images into a book.

That book, Last Launch, was released in 2012, and is well worth the $33 if would cost you to pick it up for yourself on Amazon. But, of course, sometimes the story behind the images is just as powerful than the images themselves, and Winters recently opened up about the entire experience on stage at WIRED by Design.

The talk is, especially at the beginning, quite emotional. In the first few minutes, Winters captures the spirit of adventure and exploration that defined the more romantic later Apollo missions, and it’s a spirit that brings Winters to tears. 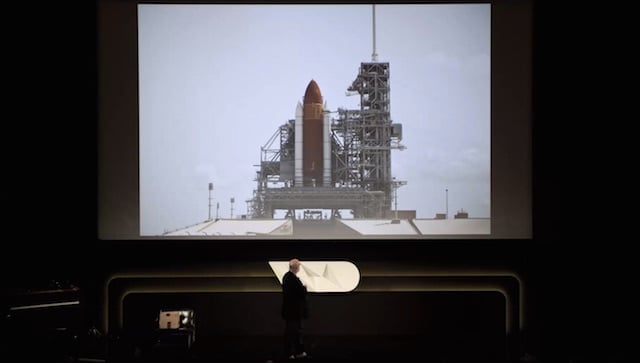 The talk, however, ends on the same note as it began, with a poignant Neil Armstrong quote: “Mystery creates wonder, and wonder is man’s desire to understand.”

Check out the full talk in the video above, and then head over to the full WIRED article by following the link below.

Rude Tourist Photographers are Getting Photography Banned in Japanese Temples