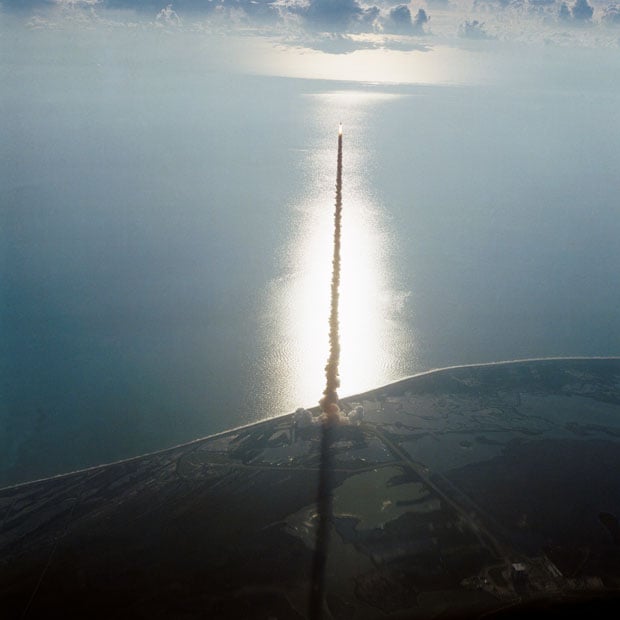 NASA’s Space Shuttle Discovery’s first launch was back on August 30th, 1984 from the Kennedy Space Center in Florida. During the event, astronaut John W. Young was flying nearby in a Shuttle Training Aircraft, which astronauts use to assess weather conditions prior to launches and landings.

Shortly after Discovery lifted into the air, Young pulled out his camera and snapped the above picture-perfect photograph of the orbiter climbing into space. He managed to catch the shuttle and its fiery trail framed by the reflection of the sun on the Atlantic Ocean. You can find a much higher resolution version of this photograph here.

Photos of Trash Heaps Made to Look Like Chinese Landscape Paintings

Color, Varnish and Passion: A Look Inside an Ink Factory