The end of NASA’s Space Shuttle program in 2011 meant the end for more than the shuttles themselves. One aspect of the program you may not have known about was the plethora of incredible photo and video equipment that was used during the program’s heyday to capture each launch. At any given launch, about 138 professional still, video and TV cameras were pointing at the shuttle, and some of them were downright incredible.

The video above is an old promotional film produced by former NASA photographic contractor TGS Technology, and it shows off some of that tech. From small still cameras, to cameras mounted in blast-proof housings below the engines, to massive observatory-mounted scopes, some serious tech went into capturing a launch from every angle. 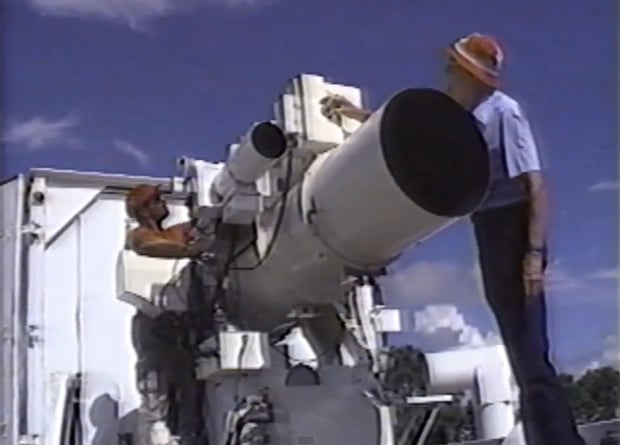 The MOTS was the drone of the fleet. Operating within the restricted area, it could carry up to four cameras and be operated from the safety of a control room farther away from the launch.

The MIGOR (seen above) was another remote tracking unit, this one carrying one huge camera instead of four smaller ones. It boasted an 18-inch aperture, and a variable focal length that spanned between 90 and 500 inches. 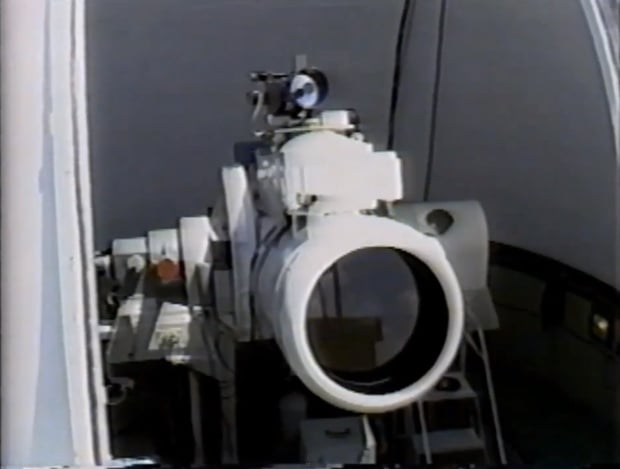 Finally, the ROTI units (seen above) were the biggest of the bunch. Permanently mounted inside massive elevated observatories, each ROTI was a 24-inch aperture telescope that ran the focal length gamut between 100 and 500 inches. It could capture photos and videos of a rocket for up to 5 minutes after a launch.

Of course, this is just the tip of the iceberg of what’s covered in this short documentary. The video also offers a glimpse at the metric measurement cameras used, the editing done post-launch, and the amount of work it took to keep the cameras in ship-shape between uses. Check out the video at the top to see all of this and more.