Photographer Zeb Andrews prefers to slow the world down when he captures a photograph. The Portland-based photographer first began shooting with a pinhole camera purely for fun, but little did he know that, within a matter of a few years his work would take him to Turkey where he would share his love of pinhole photography with Syrian child refugees.

The opportunity came about after Andrews’ pinhole work (below) had already been on display in a number of galleries, and had even secured him a spot on a local television art show. After the television show went live across the globe for public syndication, he received an email from Kinda Hibrawi, a Syrian-American painter who helps to run Karam Foundation, a nonprofit for at-risk Syrian children.

Month and some fundraising later, Andrews’ ended up at the Al Salam School in Reyhanli, Turkey, where he spent several days sharing the joy of photography with 400+ displaced Syrian children between the ages of 5–17.

Andrews did his best to explain pinhole photograph, using cameras made of cardboard and a basement bathroom that he converted into a darkroom. And though his means were meager, the results were incredibly rewarding.

The children we hesitant at first in regards to capturing pictures with the basic camera, but they eventually came around to it when they realized that they could take portraits of one another.

And for the younger kids in the group, Andrews’ showed them how to create cyanotypes, otherwise known as sun prints. Something they really loved: Speaking of the entire operation and his time spent in Turkey, Andrews tells Flickr:

Below you’ll find a few images from Andrews’ time spent teaching the children: 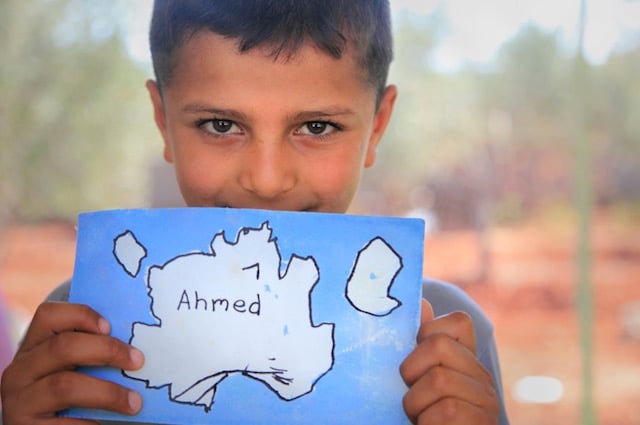 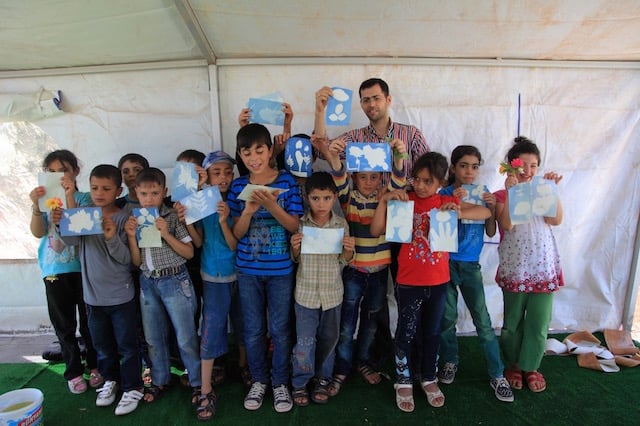 Indeed, a big impact can be made. With nothing more than the most basic of cameras and the desire to make a difference, Andrew changed how these children view the world. And that’s something worth being thankful for.

Image credits: Photographs by Zeb Andrews and used with permission

Report: GoPro Plans to Start Making Its Own Camera Drones Next Year