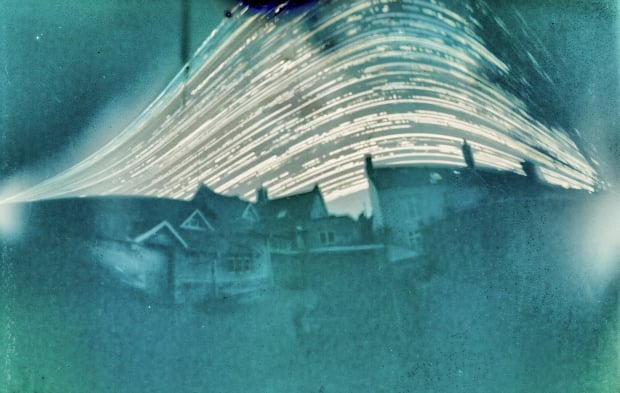 After taking a pinhole workshop taught by renowned pinhole photographer Justin Quinnell, UK photog Matt Bigwood was inspired to start an interesting pinhole project of his own. Thus was born the six-month long exposure you see above, taken using a pinhole camera made from a beer can, some gaffer tape, and a sheet of 5”x7” black and white photographic paper.

To actually capture the exposure, he used zip ties to mount several cans in different locations around the school building he was hoping to photograph.

Here’s a look at his set up: 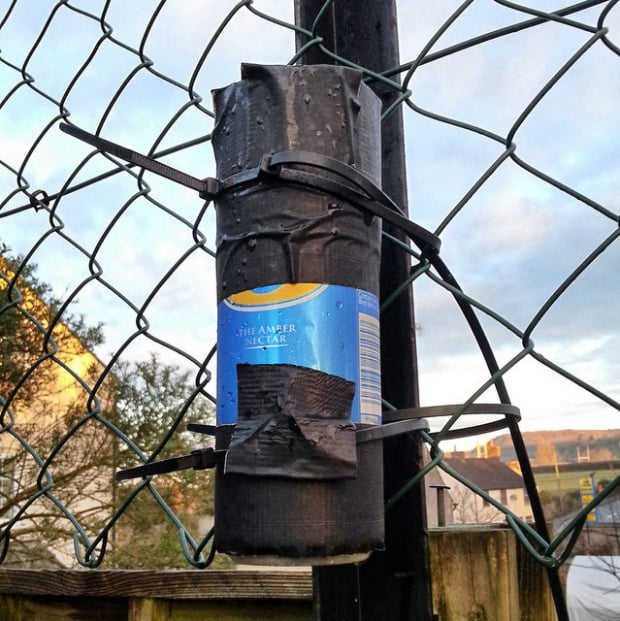 Unfortunately, not all of the cans made it, but the ones that did produced the awesome photo at the top, and the two pictures below. The arcs of light you see show the sun’s path over the 6-month period, distorted by the curvature of the can. 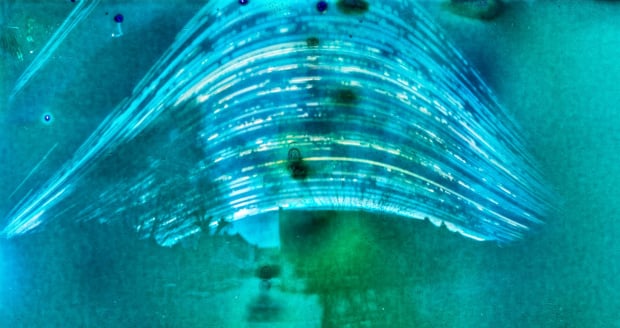 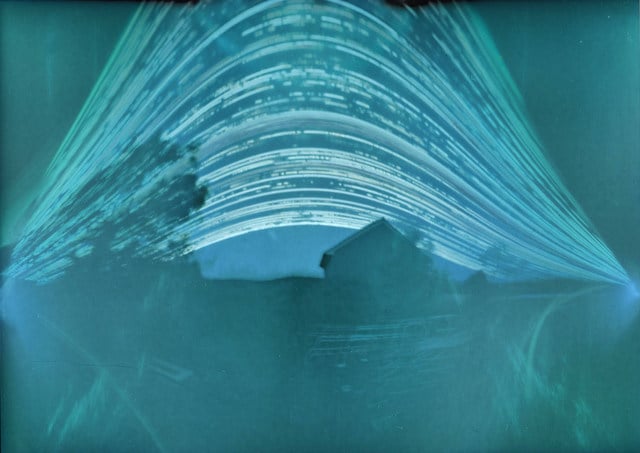 You can find more details about the project, including a full interview with Bigwood himself, over on The Phoblographer.

(via The Phoblographer via Junkculture)