The photos that went into the animation above were all created in-camera using software and a robotic arm programmed before hand with predetermined patterns. The project, known as LightPlot, started as an NXT Lego experiment in stop-motion photography by Ben Cowell-Thomas. He wanted to create a motion control rig for stop-motion using NXT, but as he was looking through some light painting projects online, he began to wonder how he could turn his lego project into a light painting rig.

His curiosity, and several months of hard work, did eventually pay off; and that stop-motion project evolved into the lego-less full-blown 3D light painting system you see here: 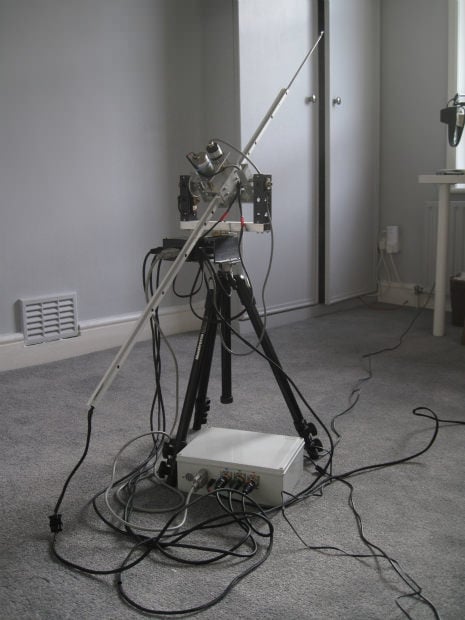 The amount of work that went into programming the software — which controls both your camera and the robotic arm that is “painting” the scene — and building the robot is a bit mind boggling. Different programming languages had to be learned, obstacles overcome, and the rig is constantly being improved in one way or another. In short, too much to cover here.

So for those of you who want all of the nitty gritty details, Ben has put together a comprehensive making-of that details the project’s development from idea to concrete project. Read it as a curious observer, or, if you’re brave, maybe give his work a shot yourself. It’s a mammoth DIY project, but the results are pretty awesome.