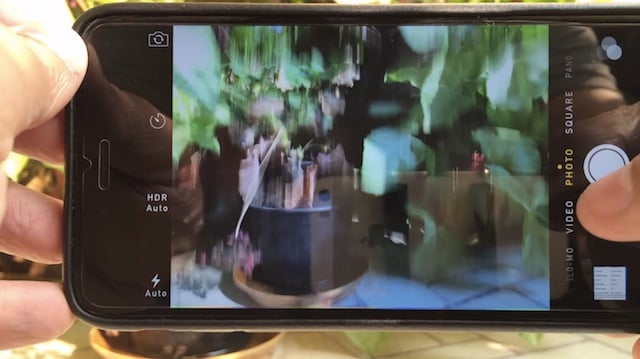 Initially reported by Techtree, the problem, it seems, is limited to the larger of the iPhones and probably due to the optical image stabilization the 6 Plus has built in.

You can see the problem in action in this YouTube video by Gaurav Pathak.

Pathak says this issue began a few weeks after he bought his phone, and has been a problem ever since. He also reports “a mechanical clicking sound from inside the phone when the camera is in use,” which makes us (and others) think that it’s some issue with the OIS.

The good news if you’re having this issue is that you’re not alone, and it’s getting enough traction that Apple will likely have to respond before long (we’ll update the post when they do). The bad news is that Apple hasn’t answered as of yet.

Keep checking back and we’ll keep you up to date with this issue.