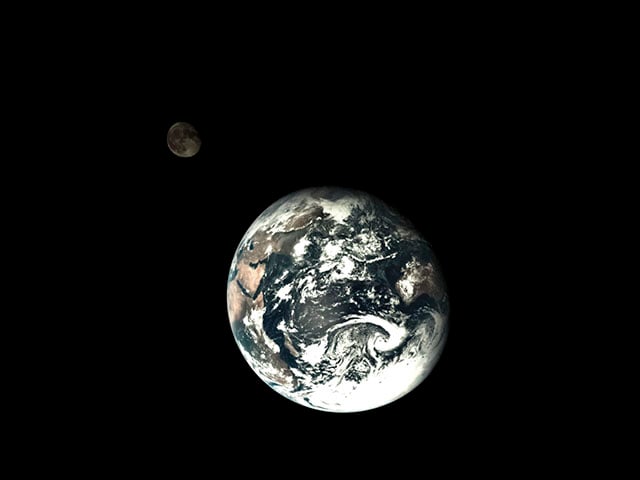 Check out this amazing photograph of our planet with the Moon hovering in the background. It was published today by China’s State Administration of Science, and was captured by the country’s Chang’e 5-T1 spacecraft that did a flyby of the moon late last month.

The same spacecraft also captured this similar photo during its flyby of the moon. In this second shot, the Moon is in the foreground while the Earth hovers in the back: 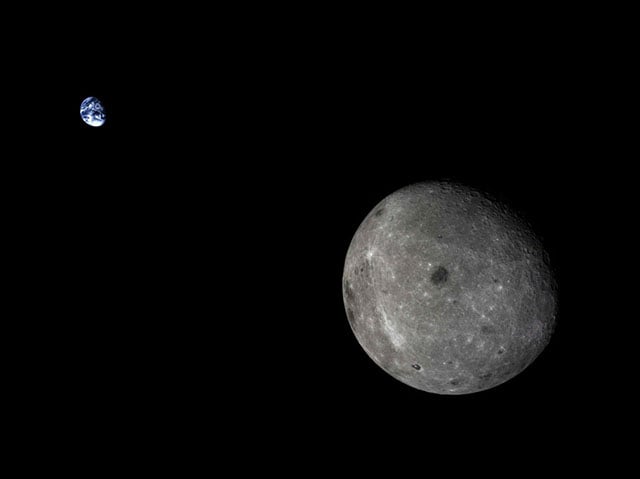 An interesting thing about this photo is that it shows the side of the Moon that’s hidden from observers on Earth.

You can find larger versions of these two photographs here and here.