If this doesn’t put a big fat smile on your face, we’re not sure what will. As part of an experiment on ‘the phenomenon of water surface tension in microgravity,’ the astronauts of Expedition 40 managed to trap a GoPro inside a floating sphere of water.

The video above is a behind the scenes look at that experience, which is about 10% science and 90% astronauts/science nerds having the time of their lives… as it should be.

This particular footage was actually captured this last Summer, but is only just now being revealed to the general public. What’s more, the video above is the regular version. They also captured it in 3D, so if you have a pair of red/blue stereoscopic 3D vision glasses handy, the version below is definitely worth checking out:

The astronauts in the video above are the European Space Agency’s Alexander Gerst and NASA’s Steve Swanson and Reid Wiseman, the last of which is someone you definitely want to follow on Twitter and Vine right about now.

And if you’d like to see or find out more about NASA’s 3D videos from space, be sure to visit this link and read up.

Finally, we leave you with some screenshots from the video up top for your perusing pleasure. If you enjoy these a tenth as much as the astronauts seem to have enjoyed this ‘experiment,’ this’ll be an uncommonly good Thursday: 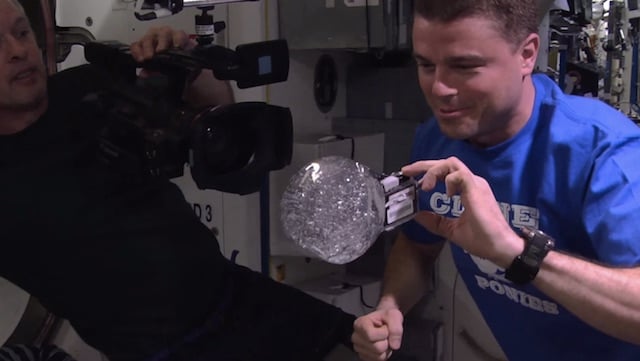 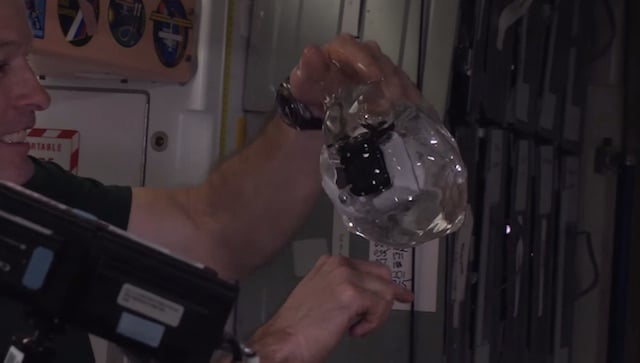