As photographers, we’re already intimately familiar with the importance of lighting and posture, but just how much of a difference can the proper pose and lighting make? This video by BuzzFeedBlue, titled “How to Fake a Before and After Photo,” answers that question by showing the shift in real-time.

Keep in mind that this isn’t about Photoshop at all. The before and after photos haven’t been retouched. The only difference is the lighting and posture/pose used.

The opinion of one of the participants at the beginning of the video probably tracks with many people’s thoughts, “I know weight loss photos are fake, but there has to be SOMETHING to them,” he says. “They can’t be ALL fake.”

As you can see from some of this sample, however, that’s not the case. They certainly can be ALL fake if that’s what people are going for: 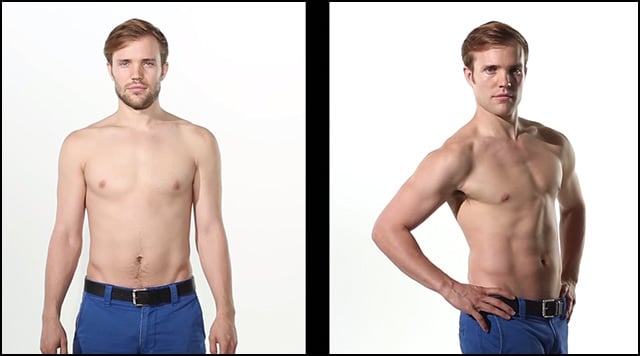 The photographer who helped BuzzFeed put this together is Ben Cope, and he calls it a ‘lighting gag.’

Before photos were shot with flat light, so that any contours or definition that the person might have disappear into a shadow-less blob. After photos, on the other hand, used a more dramatic lighting, different poses, and probably a happier expression.

And, as you probably already realized watching the video, this is doing the bare minimum. One could get much more involved with the lighting, and then pull it into Lightroom for some post-processing help with the dodge and burn tools… after all, you’re still not using the P-word…

Mental Health . . . A Photographer’s Perspective (this isn’t going to be easy)