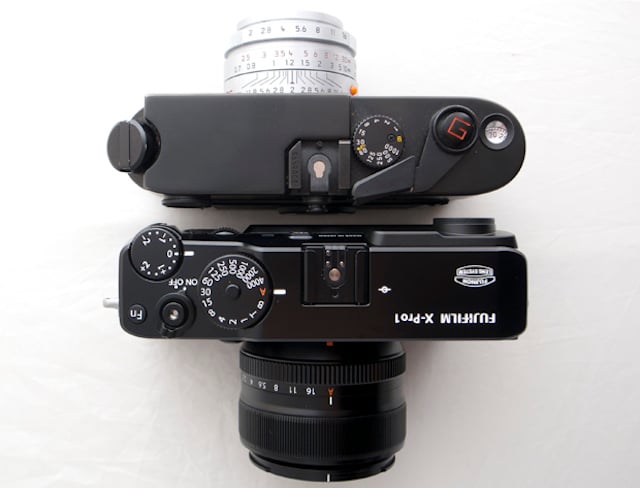 In an effort to prove to myself, my family, and my friends that I am not nuts to lug 6+ pounds of medium format camera gear up the mountainside I conducted my own tests over the last few weeks.

Sure one could set up a Resolution Target but that would not be a “real world” test, no sweat and sore muscles. 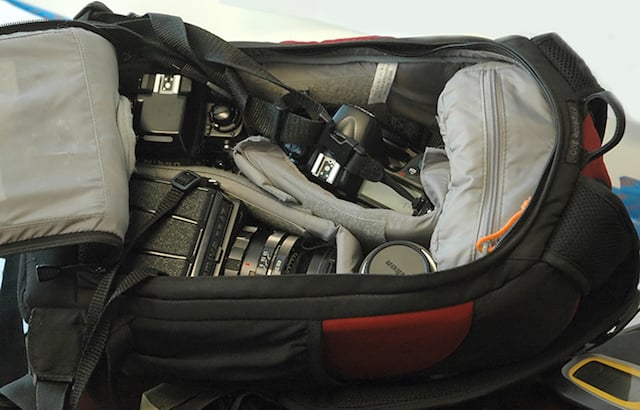 I shot Kodak Ektar 100 in the film cameras and shot the D300 at 200 ISO and LO 1 (supposedly equivalent to 100 ISO). I tried to shoot both the film and digital cameras at as close to the same shutter speeds and apertures as possible but I have to admit that this was not always the case. The cellphone was shot in automatic. All were, except the Galaxy 3, shot off a tripod in mirror up mode.

To try to get the field of view the same for all shots:

One set of shots was taken with:

The sensor on the D300 measures 23.6 mm x15.7 mm and the Pixel Width is 4288 and the Pixel Height is 2848. Roughly this gives a sensor of 4600 px/in. When scanning the film negatives I wanted to get as close to this as possible while still using the scanning capabilities of a lab so that the limitations of my own home scanner and my talent in using it did not add another variable into the process.

I did not calculate the resolution of the Galaxy S III.

This is not perfect and gives a slight advantage to the digital images from the D300 but it is the best I could do.

Before I get into the images themselves and the results you will have to excuse me as some of the images have exposures that are not ideal. Also, the actual colors are not identical as there are obvious differences between the way that a digital sensor and the chemical on a piece of film reveal colors to the human eye. These inconsistencies are really not very important though as the primary purpose of this test was to compare the resolving powers of these different modes of image taking. Well let’s get to the images.

The first set of images is of the Big Four Ice Caves only about a 3/4 walk off the Mountain Loop Hwy outside of Granite Falls in Washington State. These images were taken late this August. The snow field here (not a glacier) remains year round due to its north facing orientation, its location at the base of the steep Big Four Mountain, and the fact that this part of the Mountain Loop Hwy gets over 100 inches of rain or snow a year. The ice caves you see form from the melting snow and are very, very dangerous to enter as they could easily collapse. This does not deter people form entering them of course.

The overall images are seen below stacked as Galaxy S III, Nikon F4, D300 with no noise ninja processing, D300 with noise ninja processing, Mamiya RB67. In these overall pictures the differences in the resolving powers of these various image capturing devices is not evident. If we look at these same images at 100% though the differences become apparent.

What is obvious here is the poor resolving power of the Galaxy S III which would be expected. What surprised me though was the fact that the D300 image, especially the one with the noise ninja filter applied, seemed to have an obviouly higher resolving power than the Nikon F4. As one might expect the Mamiya RB67 image had the highest resolving power though the D300 gave it a pretty good run for its money.

One sample set is of course not enough so let us look at another one with a totally different subject. In a lonely spot in a parking lot in the Everett Washington marina sits The Equator. This boat is the schooner that carried Robert Louis Stevenson (of Dr. Jekyll and Mr. Hyde and Treasure Island fame) on a trip to Micronesia in 1889. The boat was abandoned here in 1957 and was listed on the National Register of Historic Places in 1972. The full and 100% images here were taken in a similar fashion as those of the Ice Caves above.

The resolving power differences are not extremely evident from the full images again, but the poorness of the Galaxy S III is still noticeable. At 100% the superiority of the D300 image over the Nikon F4 is easily seen especially in the image treated with noise ninja. Although there are exposure differences between the D300 and Mamiya RB67 image, the D300 comes very close to matching the resolving power of the medium format negative.

Let us now move to the use of another lens, this time using my Mamiya KL 250mm f/4.5 on the Mamiya RB67 and my Nikkor AF 70–200 F2.8 on the D300 and Nikon F4. This time our subject is Keelers Corner, a historic gas station in Hwy 99 in Lynnwood Washington. This too in on the National Register of Historic Places. For this comparison no images were taken with the Galaxy S III.

The results seem the same even with different lens. The full images show little difference in resolving power but at 100% the Mamiya RB67 wins out with this time the D300 with the noise ninja filter applied coming in a very close second.

For our last series of images we have Dickerman Mountain off the Mountain Loop Hwy. This is chosen due to the resolving power that can be discerned by looking at the conifer tree limbs near the crest of the mountain.

One caveat must be added in that the film scans were dry scans and if wet scans were done perhaps the Nikon F4 images would have come closer to the resolving power of the D300 and the Mamiya RB67 images would have far exceeded those of the D300 instead of just nudging them out in many cases. Also, film is meant to be printed optically with the process of scanning these images to get them onto a computer adding to the potential degradation of the final product. Perhaps optical prints of the film images compared with prints of the digital images would have aided in the resolving power of these traditional images.

As to whether the Mamiya RB67 images with an optimal wet scan could match those of say a Nikon D810 or a medium format digital camera I cannot say as I do not own any of these and cannot see me owning one anytime soon. It is interesting though that this Mamiya RB67 Pro-S that is at least 24 years old, has the possibility of producing images that rival current digital cameras costing thousands or tens of thousands of dollars (and it does not need electricity!)

Well, am I going to toss my digital camera and use my Mamiya RB67 exclusively? Certainly not. The images produced by the Mamiya RB67 are better but it is a manual focus camera, its heavy, it has a very limited shutter speed range, and the lens are not that fast. If there is a moving target there is no question that the D300 with its light weight, auto-focus, ability to change the ISO value, and the range of fast lens I have, is the camera to have in your hand. The right tool for the right job as they say. What about the Nikon F4 and my manual focus Nikon 35mm cameras? I will still use them because, well, I like them and they produce more than acceptable images. As for the Galaxy S III, well it is a phone not a camera and thus is best used for what it was primarily built for.

About the author: John Kossik is a photographer based out of Mill Creek, Washington. You can see more of his work on his SmugMug website or by following him on Google+. The original article can be found over on Japan Camera Hunter.