One of the most interesting products at this year’s PhotoPlus wasn’t a camera, or a lens, or a quirky accessory hiding in one of the out-of-the-way booths. It was a service called Mylio, and it has somehow managed to get everybody (including us) very excited about, of all things, organizing and accessing your photos.

This is no mean feat, mind you. Programs that let you organize and sort your images are a dime a dozen and cloud storage/access services that ensure you always have access to your images might be cheaper still.

What makes Mylio — which, incidentally, stands for “My Life is Organized” — exciting is that it manages to bring together the best of all these options into a unique product that’s both intuitive and powerful, without needing you to upload anything to some cloud storage system that charges you per Gigabyte.

This quick-start guide offers a great overview of what Mylio has in store for you, and how it works:

Our first impression of Mylio was that it managed to combine the photo organization power of Lightroom with the instant-sync, access-your-stuff-everywhere-all-the-time functionality of Dropbox — a sentiment Mylio’s Kevin Gilbert assured us he’s heard before.

When you open the program up on your Mac or PC and begin importing images — something you can do from individual folders, Lightroom, Facebook, Flickr and more — you’re greeted with a Lightroom like interface that allows you to organize images into folders, rank them using a star system, or flag them.

You can also break things down into albums, and Mylio automatically populates your photos into Calendar, People and Location views based on the time-stamp, facial tagging (for Facebook imports) and GEO tagging data already embedded in the file. 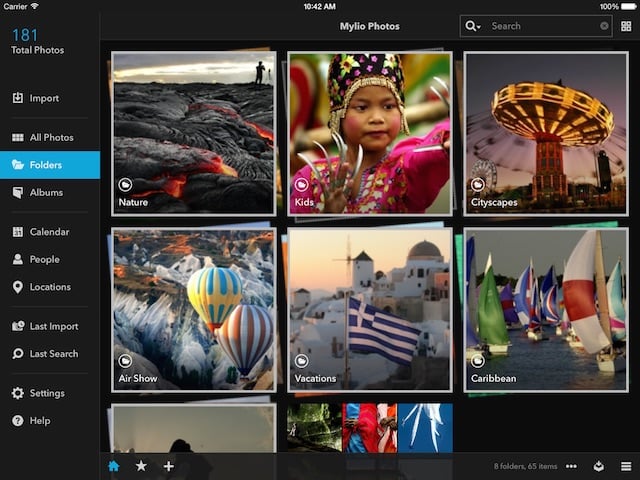 Once imported, you can install the Mylio app on all your other computers and iOS devices (Android compatibility coming in 2015) and determine what kind of files you want to use on which devices.

You’ll probably stick to previews or thumbnails on iPhone and iPad, and leave the original files to your Windows and Mac computers, but the incremental control goes far beyond just.

You can decide how individual folders are synced, base your file type on albums, or even break it down by star rating. Want to make sure your 5-star photos are always synced full-res everywhere? No problem. Your best shots are always at your disposal in high res in case you run into a client. 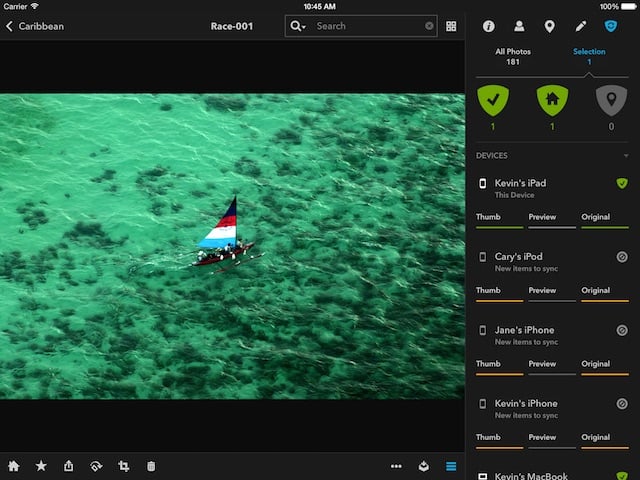 Finally, more of an afterthought but still useful, Mylio also lets you edit your files inside the app.

Basic edits are all at your disposal and, as with everything else on Mylio, any changes you make on one device will sync across to the rest of them instantly, even if you were just doing edits on a preview file on your iPad. 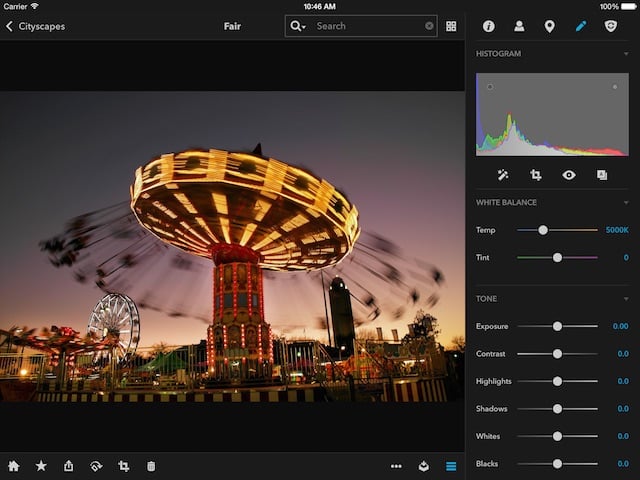 The beauty of Mylio is that it untethers you from the computer or hard drive where you usually keep all of your files.

You can organize your photos on your subway ride home on your iPad or iPhone, rediscover photos that have disappeared into your archives through Mylio’s calendar view, and, perhaps most importantly, you never again have to choose what photos you keep on you.

Your whole archive is always at your disposal in whatever resolution you choose, on just about any device. 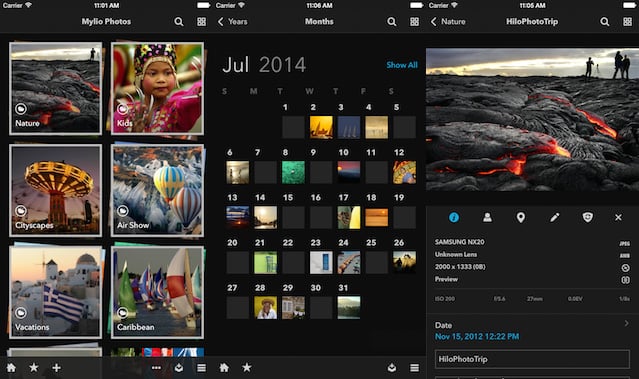 The caveat, of course, is that a service like this isn’t free. Mylio does have a trial version that will allow you to try out the service for free on up to 1,000 photos, but anything beyond that requires that you pay.

For now, if you’d like to learn more or give Mylio a try for yourself, you can head over to the Mylio website by clicking here. And if there is some key functionality you feel is missing, stay tuned. As Mylio’s Kevin Gilbert put it when we spoke to him at PhotoPlus yesterday, “If you liked version one, just hold on.”