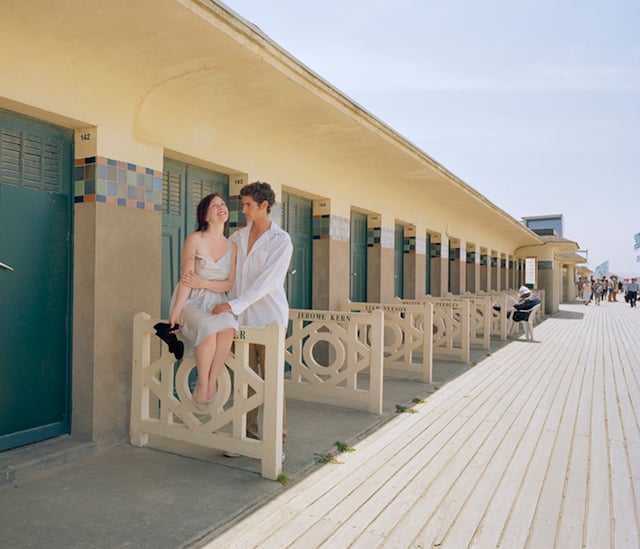 After being invited to France for an artist residency, London-based photographer Hemya Moran decided to create a new life… in photographs of course.

Inspired by the romantic aura that surrounds the town of Deauville where she was staying, she decided to approach complete strangers and reenact the many cliché romantic stock images she stumbled across when she first Googled the city.

Her Love in Deauville series was, therefore, born of the lover’s paradise that greeted her when she embarked on her first Google Image search. 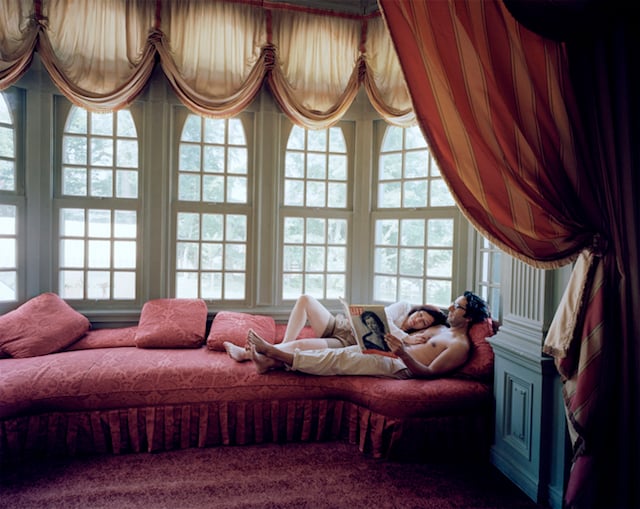 “In these stock images there is a promise,” she explains in her artist statement. “A young, single girl armed with a bikini, determined enough for hunting and fishing for (preferably French) men in Deauville, will end up spending the weekend in the arms of a lover.”

Oftentimes using the same locations and poses she saw in the photos she used as inspiration, she would go to poolsides, boardwalks and beaches asking complete strangers to pose with her, even if they didn’t speak an ounce of English.

From cuddling in a hotel room to preparing to set sail with her fictional lover, Moran captured some very interesting photographs along the way. 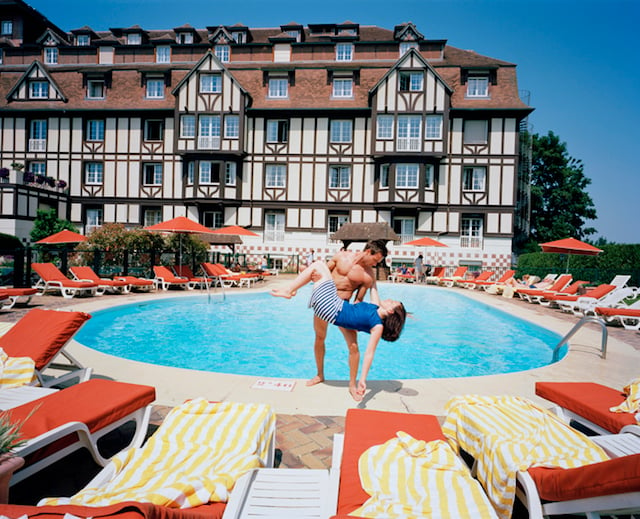 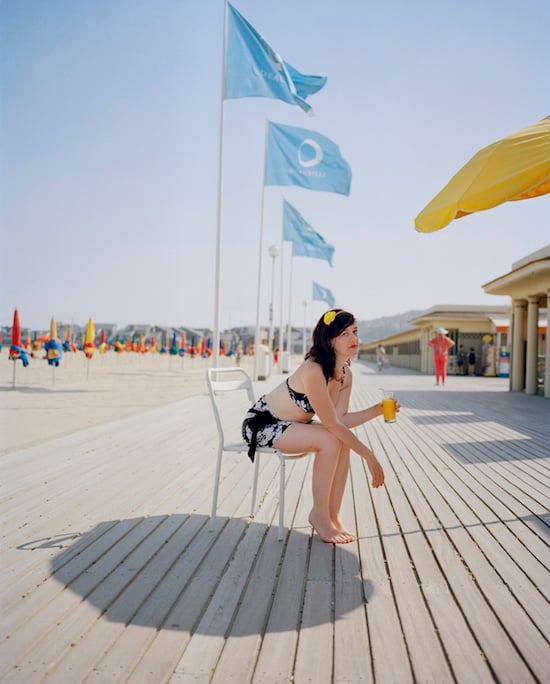 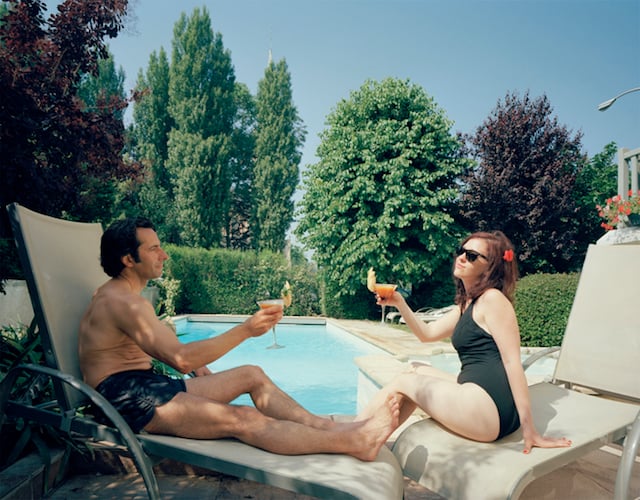 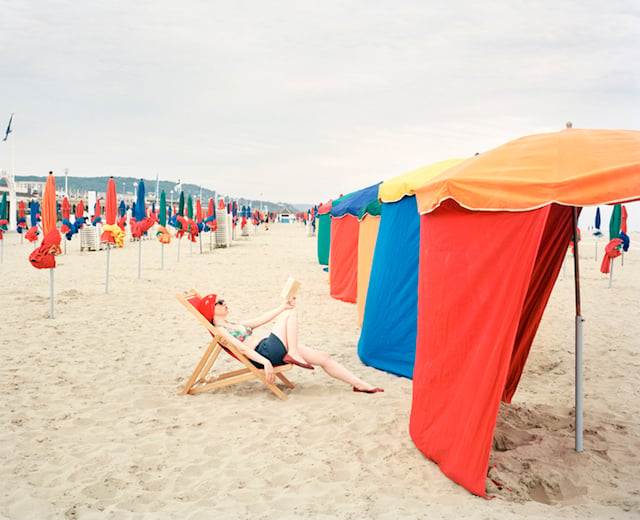 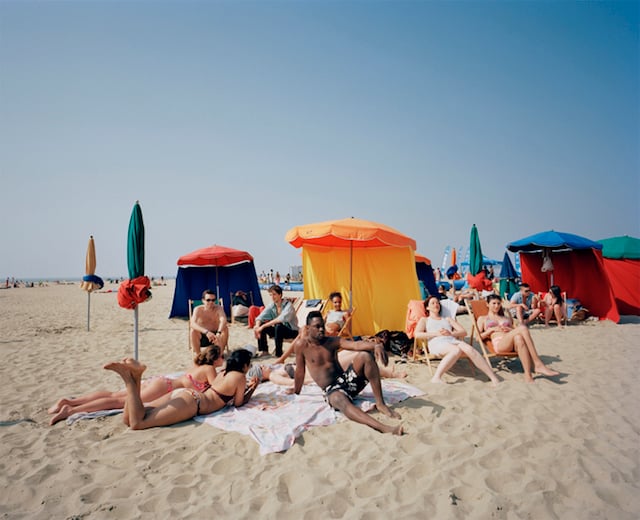 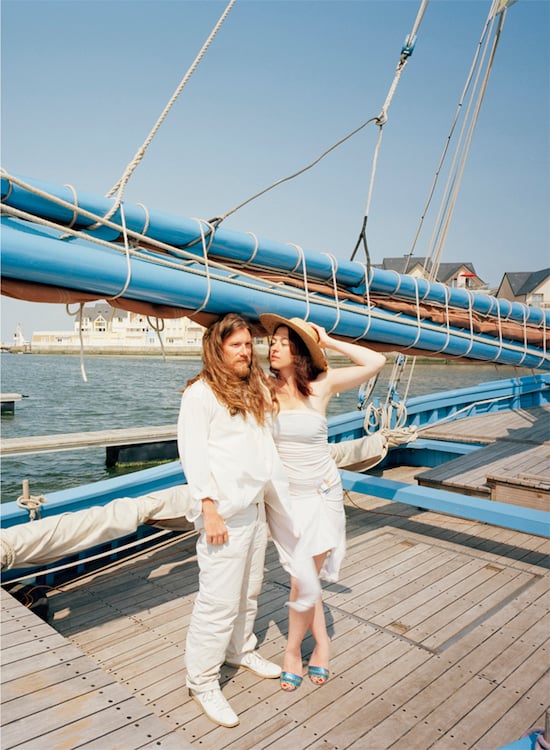 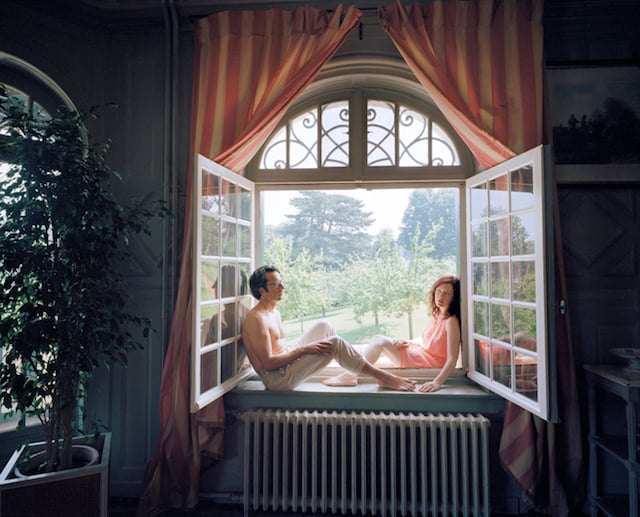 Adding an interesting component to the series is the fact that, as proper context drops away online, her own photos will likely become indistinguishable from the photos she used as inspiration.

“As my photographs go on to have a life of their own in the image world, they will themselves become swallowed up and incorporated into the online image bank,” she writes, “further complicating their slippery relationship with reality.”

To see more of Moran’s work, head on over to her website.