The Fraenkel Gallery in San Francisco recently shared this interview with photographer Nicholas Nixon about his well known project The Brown Sisters.

Since 1975, Nixon has been shooting a portrait of four sisters once a year, every year. This year saw the creation of the fortieth portrait in the series. 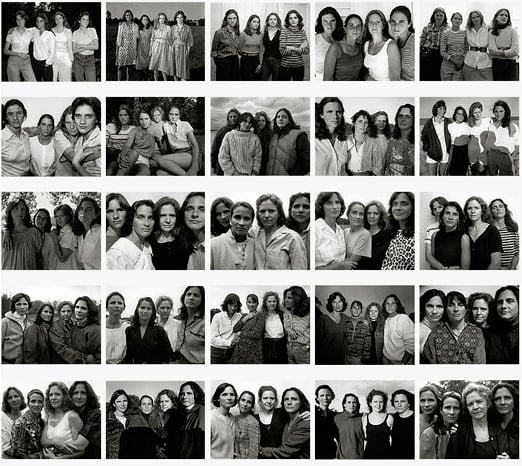 Nixon started the project during a visit to his wife Bebe’s parents’ house. Bebe’s three sisters were also at the gathering, and Nixon came up with the idea of shooting a portrait of them out of sheer boredom. It became a family tradition, and the project now shows the passing of forty years for one set of siblings.

The series has been shown at many of the most famous museums around the world, including the Museum of Modern at and the National Gallery of Art.

You can view portraits from the series over at the Fraenkel Gallery website. There’s also a full gallery of the portraits in this New York Times piece on the project.

The ‘Study of Pose’: An Encyclopedia of 1,000 Different Poses by Supermodel Coco Rocha