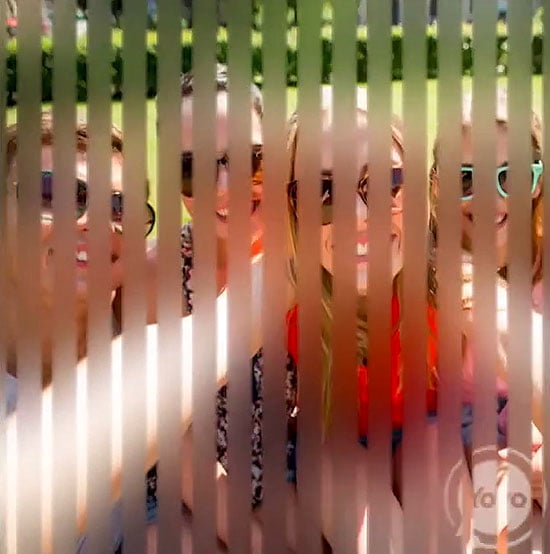 In the ongoing app battle to keep private photos safe and sound from unintended recipients (and the general public), a new app called Yovo – You Only View Once – brings an interesting technology to the table.

It’s called D-fence, and is based around the idea that your eyes can see what’s behind a slatted fence as you’re driving by at a high speed.

As with Snapchat and similar ephemeral messaging apps, Yovo lets you share photo messages with self-destruct timers on them. However, in addition to the photos disappearing after a designated timeframe, the app also includes D-fence technology.

The premise behind it relies on our brain’s ability piece together a complete image, despite individual elements of it being blurred at a fast rate. In the words of MIT Technology Review it relies “specifically [on] the fact that you can clearly see what’s behind a slatted fence if you drive by at a certain speed.”

As the above video demonstrates, this technology doesn’t prevent the ability for screenshots to be captured. Instead, what it does is obscure them by making the resulting screenshots almost entirely unusable.

Yovo also includes other means of concealing an image, such as the ability to blur out an image and designate which recipients can see the blurred portion.

ContentGuard, the company behind the free app and technology say D-fence still needs work, as the lines are certainly noticeable with the naked eye. But Scott Richardson, ContentGuard’s product head, says a new version, due out next month, is currently being put together that increases the framerate of the lines and gives off much less of a flicker.

Yovo is currently available on iOS, which you can download for free, here.

Every Camera Trick Packed into One Car Commercial