Water droplets can make for some beautiful high-speed photography, but how do photographers manage to capture such precise moments? And what if you add even more elements to the equation, such as shooting a tiny pellet through the drop as it reaches its peak?

While repetition and luck are one option, a far better approach is to use a clever triggering system called the Camera Axe.

In the video above, TechPhotoBlog’s Maurice Ribble shows you how he effectively uses this device to capture ‘the holy grail of high speed photography.’ 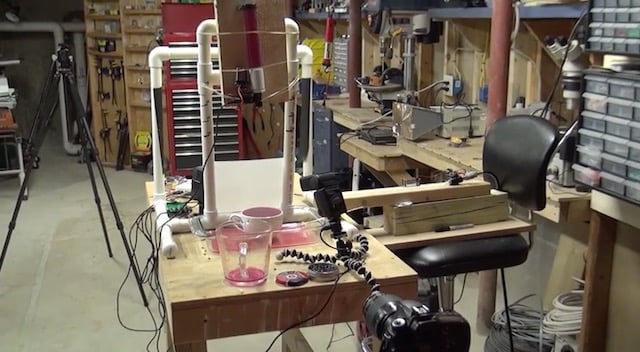 Rubble begins the fifteen minute video by quickly introducing the water droplet shot he’s attempting to recreate. Then, about a minute in, he takes us through the setup he’s built to capture the photograph.

This includes speedlights connected to a Camera Axe, a custom system for firing the pellet, and a structural system to support the entire operation. From there he dives into the details of programming the Camera Axe. By using delay times and offsets, Ribble explains the timing required for this particular shot. On paper, it looks a bit confusing, but hearing him break it down into the individual steps really helps smooth out the process. 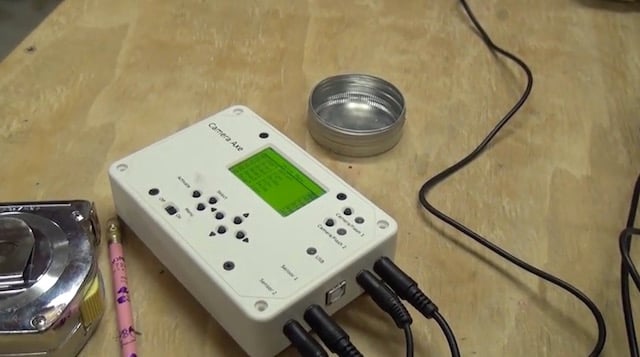 After explaining the timing, he takes us through the process of setting up the shot, which includes loading the pellet, lining it up, and preparing to trigger the setup. And then, finally, he activates the Camera Axe trigger and captures the desired shot.

While this might seem like more work than other options — especially if you’re not technologically or mathematically inclined — once setup, it’s a foolproof way to get the shot every single time. 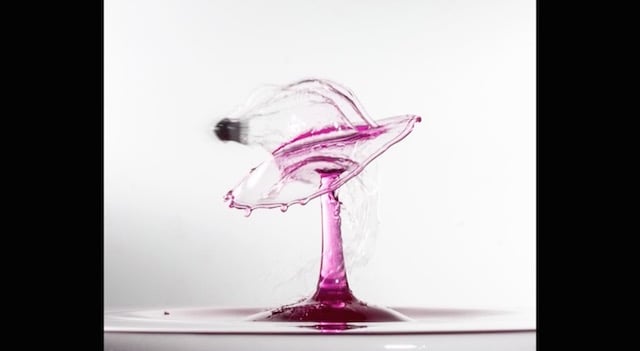 Give the video a watch and let us know what you think of the setup or how you would change it in the comments down below. And if you’d like to see more of Ribble’s videos, be sure to pay his YouTube channel a visit.

Print Scam? There is More Than Meets the Eye at the Ansel Adams Gallery