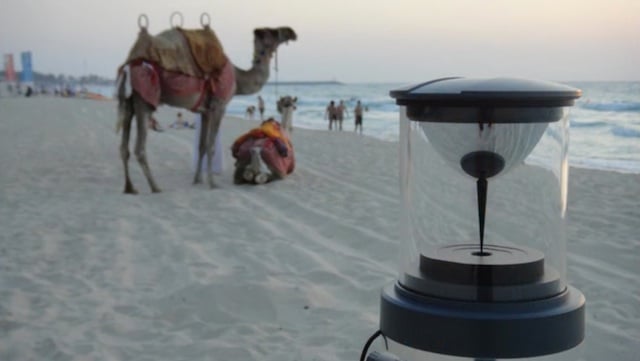 When imaging company Kogeto created Dot — a clever little system that gave the iPhone 4 360º panoramic video — little did the general public know that this was merely a stepping stone towards what they really wanted to create. Three years later, they’ve finally let the panoramic cat out of the bag.

The visuals are captured through a 13-megapixel sensor capable of recording 30fps 360° video at a resolution of 3840×720. This setup means Joey captures one seamless picture, not multiple videos that are then stitched together, which can result in inconsistencies.

And the entire impressive piece of hardware is built around a Snapdragon 800 quad-core processor that runs on proprietary ‘Joey’ software to help navigate and control the camera. 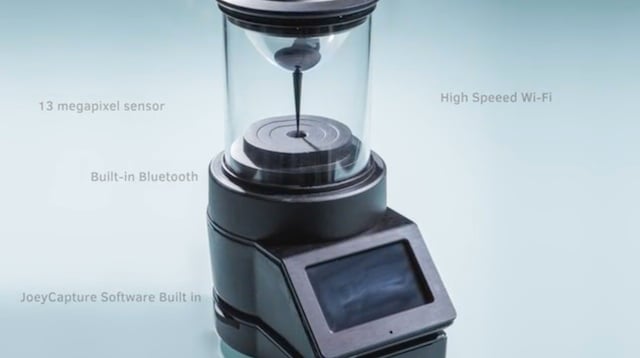 As with Dot, Joey is designed to share your video, both live and after it’s been captured, through Kogeto’s own panoramic cloud service. Once connected to their services, you can embed it in your own website, share a link on social media and also view it on dedicated iOS and Android apps.

Joey has also been built to work seamlessly with Oculus Rift, giving the interactive experience an added layer of immersion if you happen to be a virtual reality early enthusiast.

Check out the Kickstarter video below to see Joey in action:

Joey has been years in the making and after conceptualizing, prototyping and testing, they’re ready to share it with the world. But first they need some help from Kickstarter.

Pledges don’t come cheap, the lowest pledge that will secure you a Joey is $750, but the $40k goal has already been reached so you know you’re jumping on a product that will become a reality.

To find out more about Joey or secure one for yourself, head over to the Kickstarter campaign by clicking here.