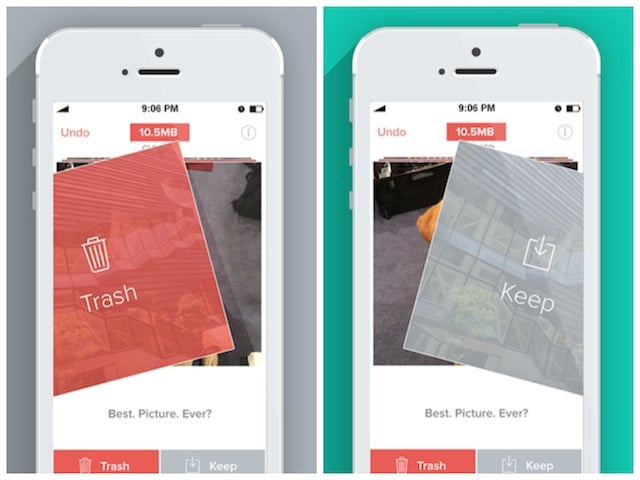 Flic opted for an interface that takes a generous dose of inspiration from popular ‘dating’ (dating is quotes for a reason…) app Tinder, on which you can swipe left (not interested) or right (interested) on potential ‘matches’ in your area.

Replace those people with your photographs and you have Flic. To keep a photo, you swipe right; to delete it, you swipe left. One by one, you quickly sort through your image collection at a rate far faster than scrolling through your albums and selecting individual pictures to delete. 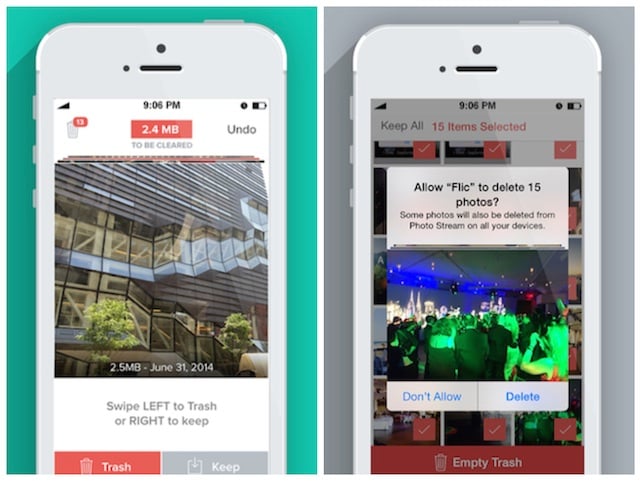 As you’re swiping through the photo, Flic also shows you how much space you’re saving by removing the images you’ve swiped left on. Deletion of the images isn’t confirmed until you’re done sorting though, so don’t worry if you get a bit swipe-happy and accidentally delete that adorable photo of your cat that you’ve been meaning to Instagram.

There isn’t much to the app other than that, but therein lies the beauty. It presents your photos beneath a clever, game-like façade, and in doing so greatly simplifies the tedious task of going through thumbnail after thumbnail deleting the images you’re not fond of.

Flic is available for download for a dollar in the iOS App Store if you wanna give it a shot for yourself.