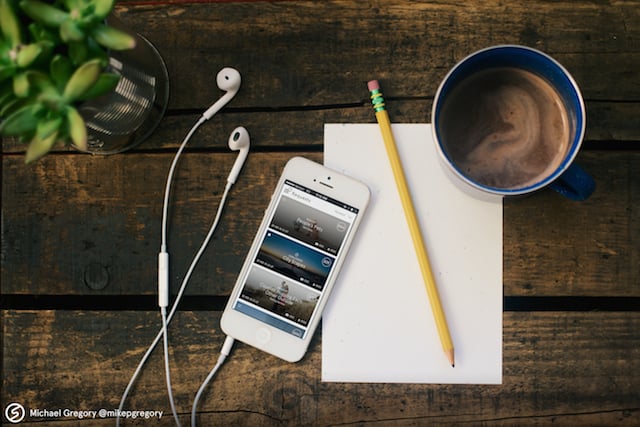 Snapwire‘s mission is to make photo selling ‘human again,’ which is why creative collaboration between image makers and the brands/companies that need those images is at the center of the photo sales platform’s model.

Today, the company enters into a creative collaboration of its own with Adobe in order to make sure their users have the most photo editing algorithms on the market at their fingertips.

If you haven’t heard of Snapwire, that’s probably because the platform is still relatively young. Having come in being in March of this year, the company boasts an iOS app and web platform that connects brands directly with the photography they want using ‘requests.’ 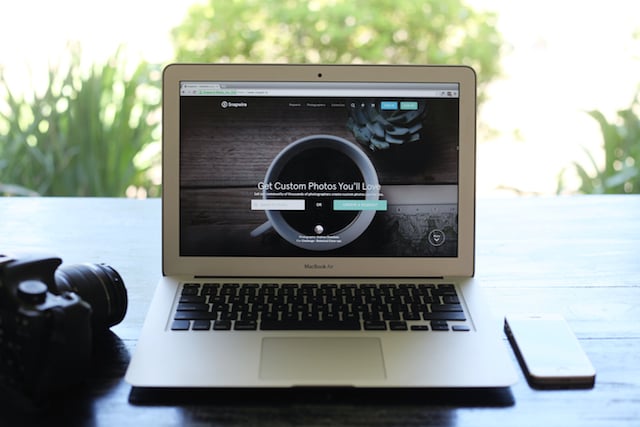 As they would on any photo sales platform, Snapwire users can upload their work — be it mobile phone photography or photos taken with a pro-level DSLR — and begin building a personal portfolio. Where Snapwire is unique is in its game-like, interactive approach.

Users start off on the lower rung where they can create a portfolio and do challenges, but can’t yet respond directly to requests put up by brands or companies. They can still sell their work directly from their portfolio, but need to submit to challenges and share their work to get noticed and earn points until they ‘level up’ to the Advanced level.

Advanced users can be invited to participate in official Requests submitted by buyers and continue earning points and money until they become Pro users who can actually be commissioned directly by buyers.

And if you participate in a request but don’t get picked, your photo might still get picked to go in Snapwire’s stock photo Marketplace that buyers can search as well (that, too, earns you points and improves your standing). 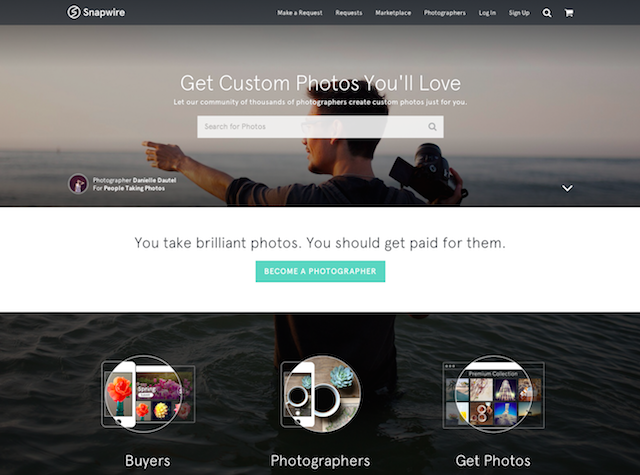 Ultimately, Snapwire offers one of the most interactive ways to sell your photos, and will probably appeal most to amateur or semi-pro photographers who would enjoy the game of it as much as earning the money.

And speaking of money, Snapwire doesn’t leave photographers out in the cold. If your photo is bought, either from the Marketplace or as part of a Request, you earn up to 70% on the sale. Not bad when you compare it to what’s currently out there in terms of stock photography.

The big news today, being reported first here on PetaPixel, is that Snapwire is collaborating with Adobe as one of the first companies to integrate the Adobe Creative SDK into the latest version of its iOS app.

Users of the app will now be able to apply powerful Lightroom presents, adjust all of the major parameters of their photos — Temperature, Tint, Exposure, Contrast, Highlights, Shadows, Clarity, Vibrance, Sharpen, Reduce Noise — using Adobe’s algorithms, and pull their more professional, fully-edited photos directly off of Adobe’s Creative Cloud and into the Snapwire portfolio/marketplace.

They’ll also be able to use Lightroom’s Upright feature to automatically correct perspective and rotation on photos. We got a chance to speak with Snapwire CEO Chad Newell about the partnership, here’s what he had to say about the new features and what they mean for Snapwire:

With photos optionally saved to the user’s Snapwire photo album on their device, Snapwire can be used as a stand alone photo editing platform; offering some of the strongest image editing algorithms in the industry. 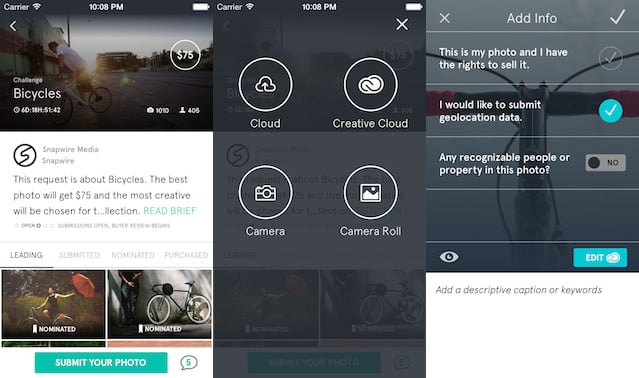 The new app with all its new editing functionality and Creative Cloud integration will be debuted officially at Adobe MAX this coming weekend, and represents yet another big step into the mobile sphere by Adobe.

To find out more about Snapwire or give the service a shot for yourself, head over to their website or download the free iOS app from the iTunes App Store. We won’t say how we know, but a little birdie tells us it’s already been updated to the most recent version ahead of the official announcement, so you can take it for a spin for yourself.