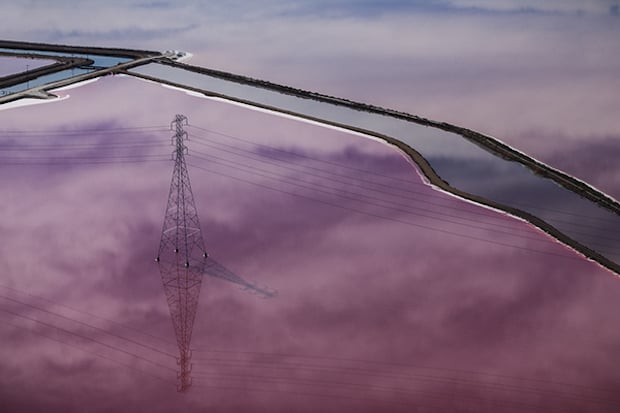 The colorful pond you see in the above image is not the work of clever post–production; nor is it the result of an accidental leak of hazardous material. In fact, it’s 100% natural. What you’re seeing are millions of colorful microorganisms that live and breed in the vibrant salt ponds of San Francisco.

The above image and its accompanying series, titled San Francisco Bay – Purple, was captured by photographer Julieanne Kost as she flew over the ponds, located south of San Francisco. 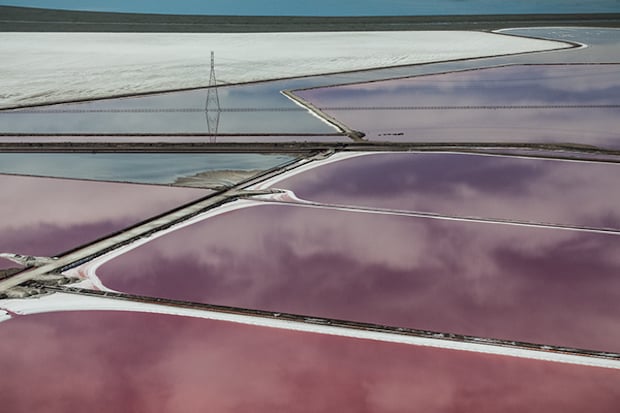 The purpose of these salt ponds is to turn the water of San Francisco Bay into salts and brines. The process can take upwards of five years, and as the water’s salinity levels rise, colorful microorganisms begin to breed, effectively turning the salty brine various colors.

The final product is not only edible, it’s quite photogenic as well. Check out the rest of the San Francisco Bay – Purple series below: 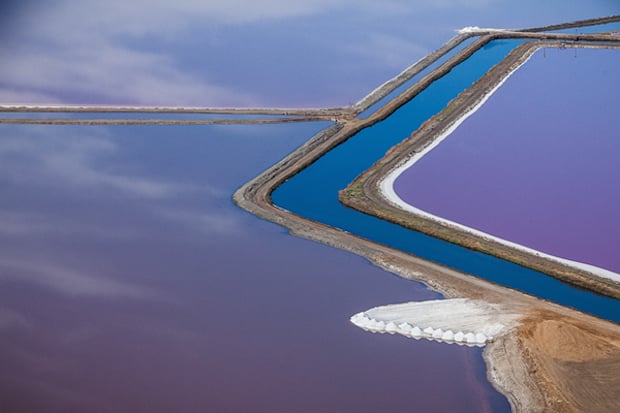 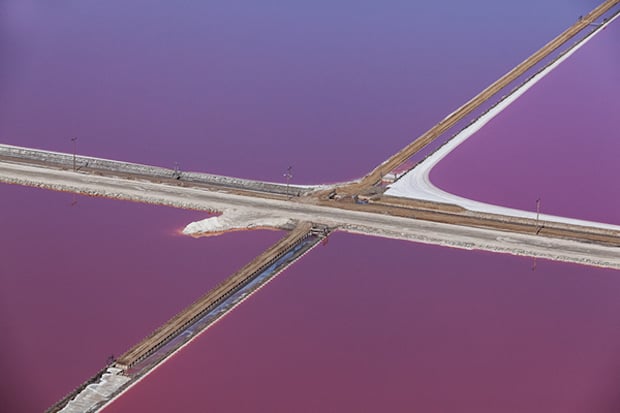 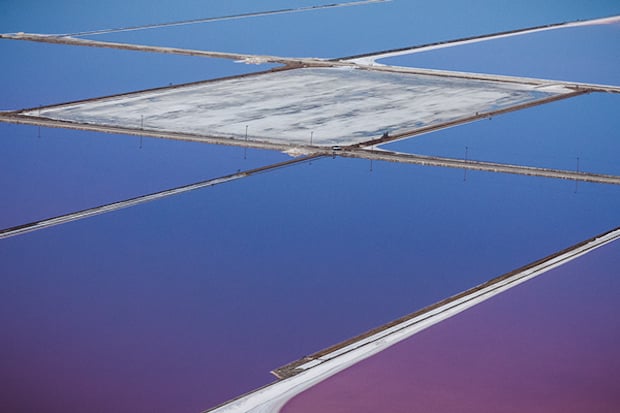 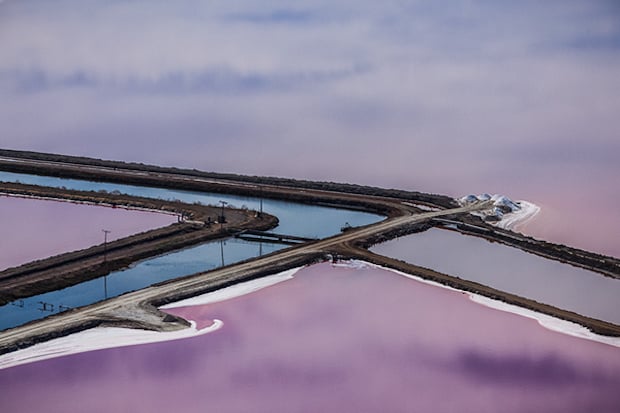 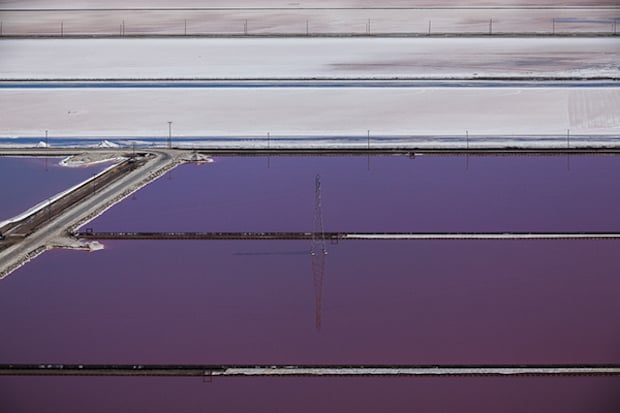 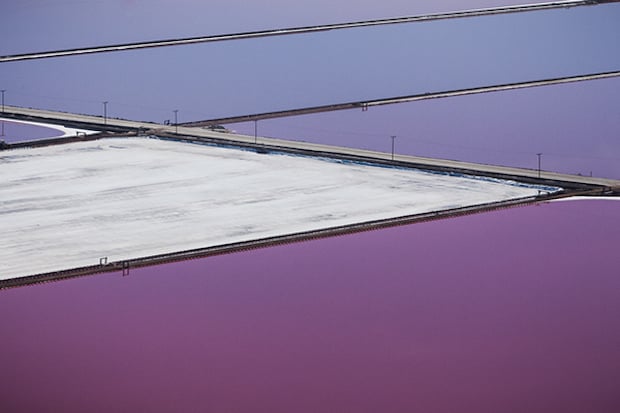 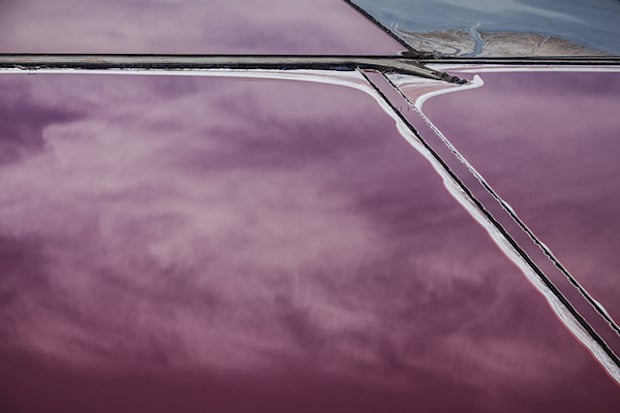 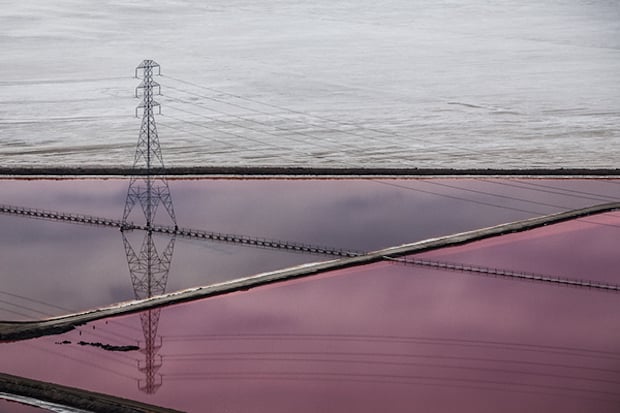 Behind the Scenes: Hanging Out of Moving Car Windows to Captured Doggy Euphoria

How I Built a Lightbox for $0