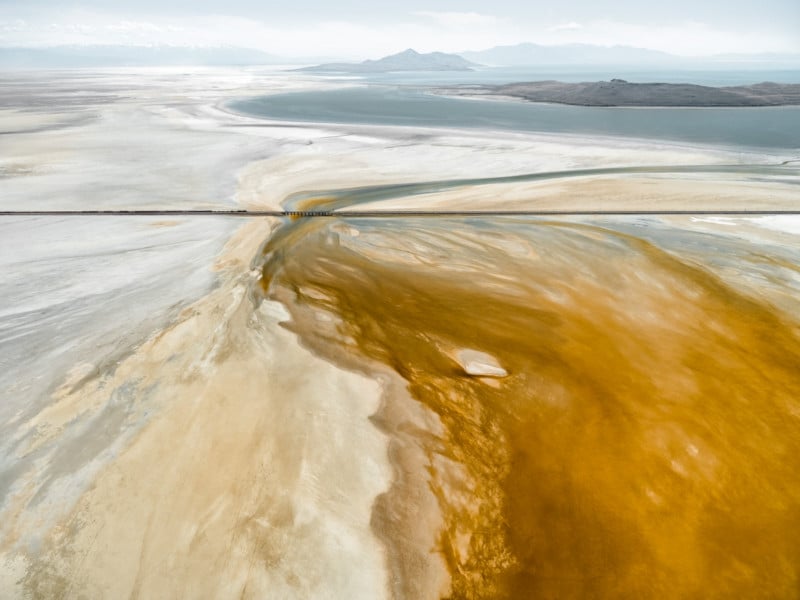 German photographer Tom Hegen visited the salt evaporation ponds at the Great Salt Lake in Utah earlier this year as part of an extensive aerial photography project. What resulted is a beautifully abstract series titled The Salt Series III.

The photographs feel like a blending of photography and fine art painting. 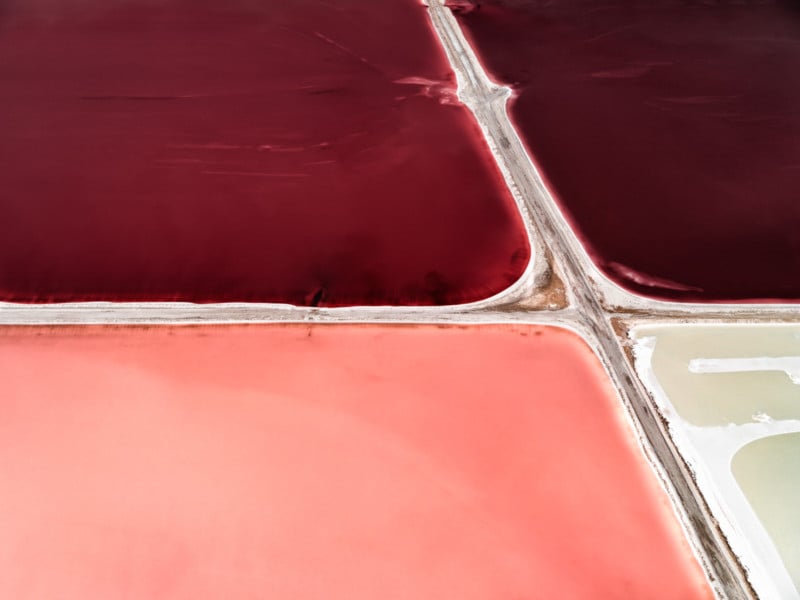 “The extraction of sea salt is one of the oldest forms of human landscaping, and it is the oldest method of salt production,” Hegen tells PetaPixel. “Salt is a raw material that is now part of our everyday lives, but we rarely ask where it comes from and how it is produced.

“The Salt Series III explores these manufactured landscapes, their abstract and painterly quality.” 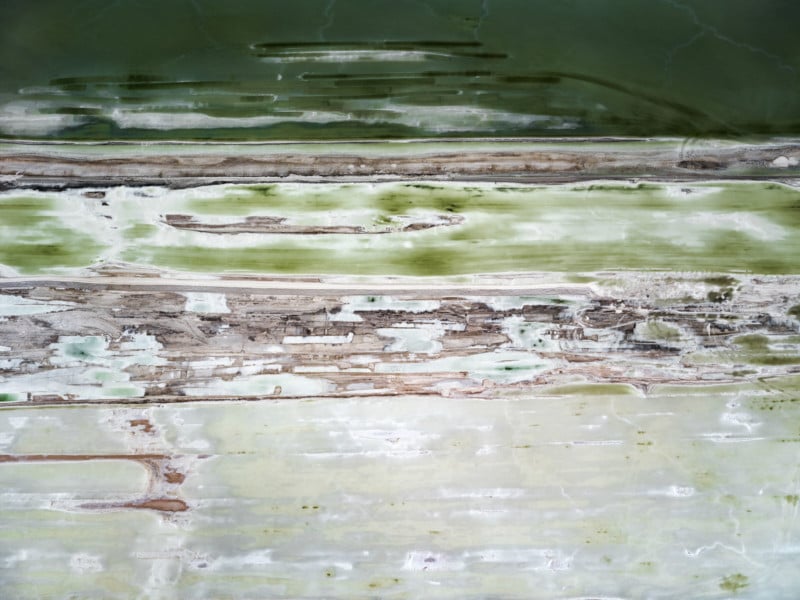 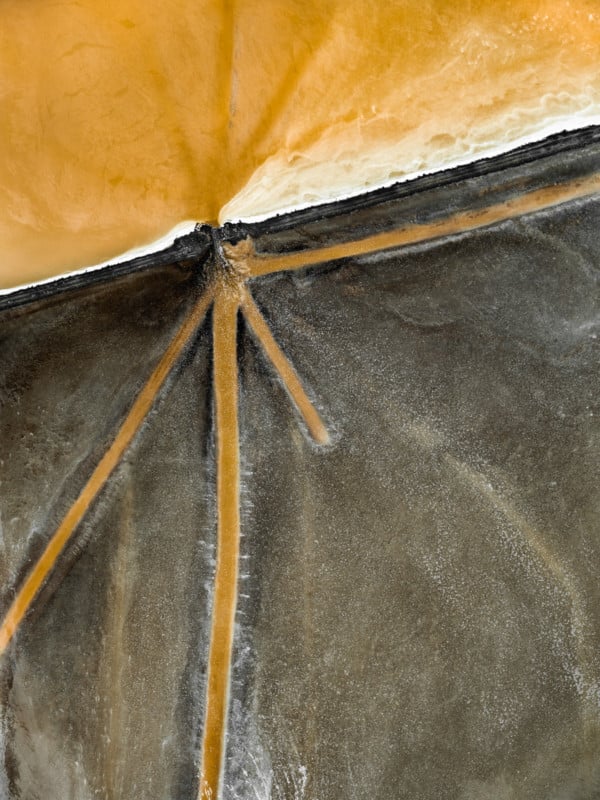 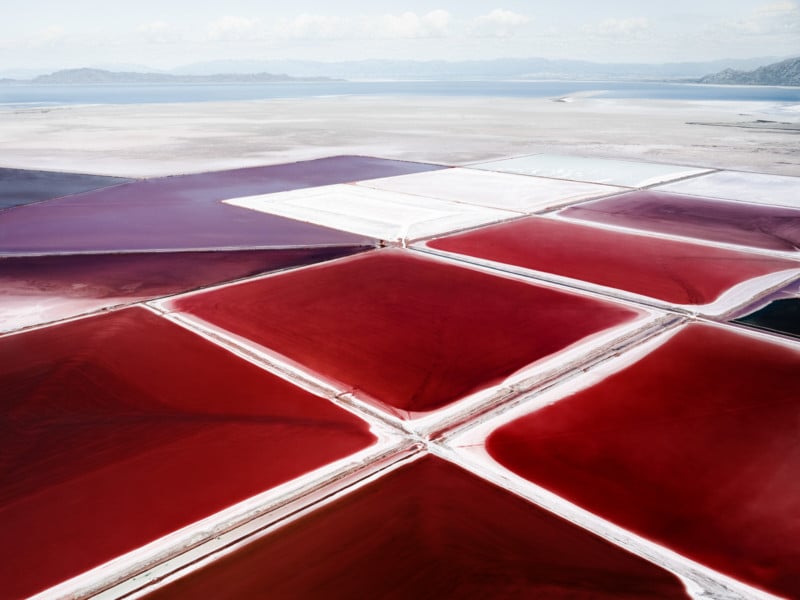 “Sea salt production sites are found all over the world, usually located around shallow shorelines,” Hegen says. “The artificially-created ponds shown in The Salt Series III are one of the core elements in sea salt production: the sun and wind then evaporate most of the seawater from the ponds, leaving behind water with a high salt concentration known as brine.

“Each salt pond has a unique salt density, and the colour of the water indicates the salinity of each pond.” 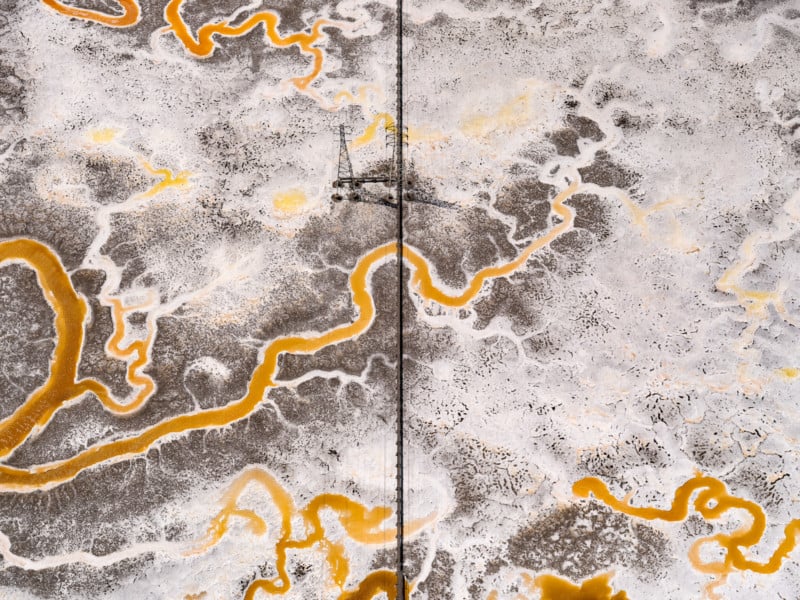 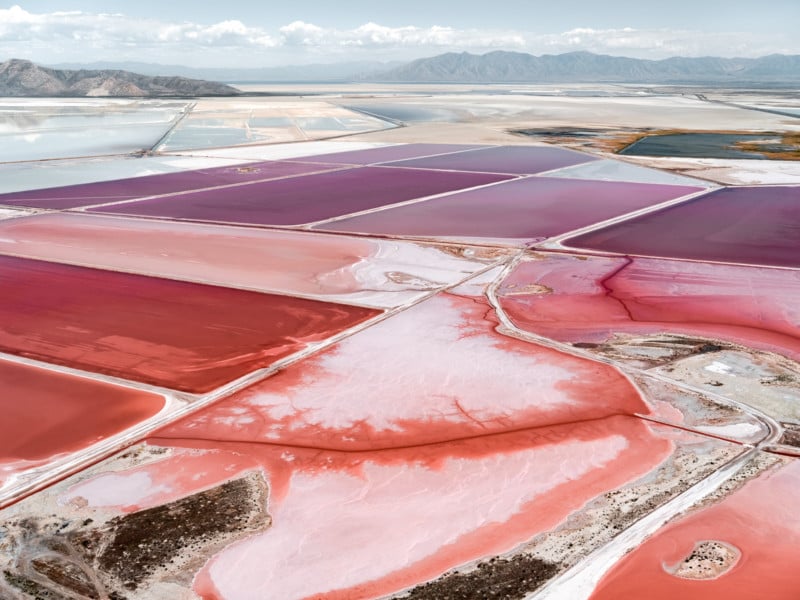 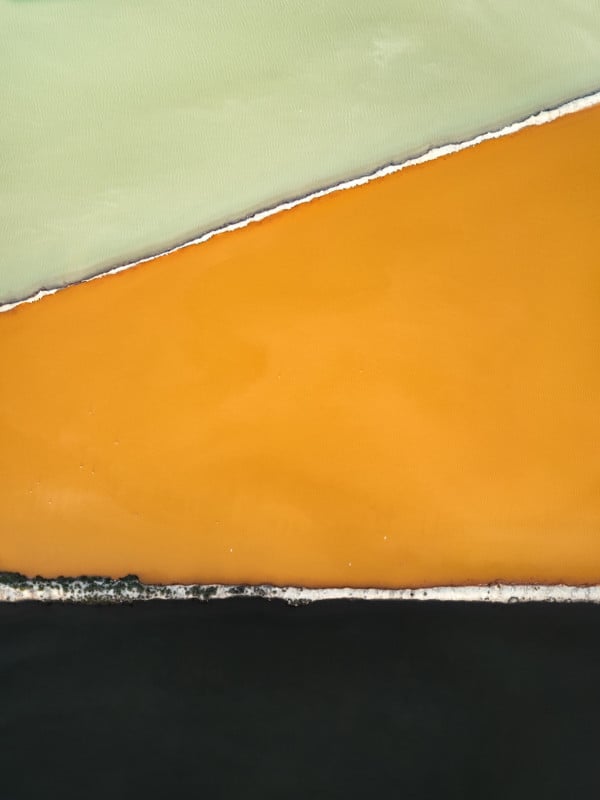 “This microscopic alga, also known as the Dunaliella Salina, is eaten by tiny shrimp,” Hegen continues. “As the water becomes too salty, the shrimps disappear, causing the algae to increase and the color of the ponds to intensify.

“As a result, the colors can vary from lighter shades of green to vibrant red.” 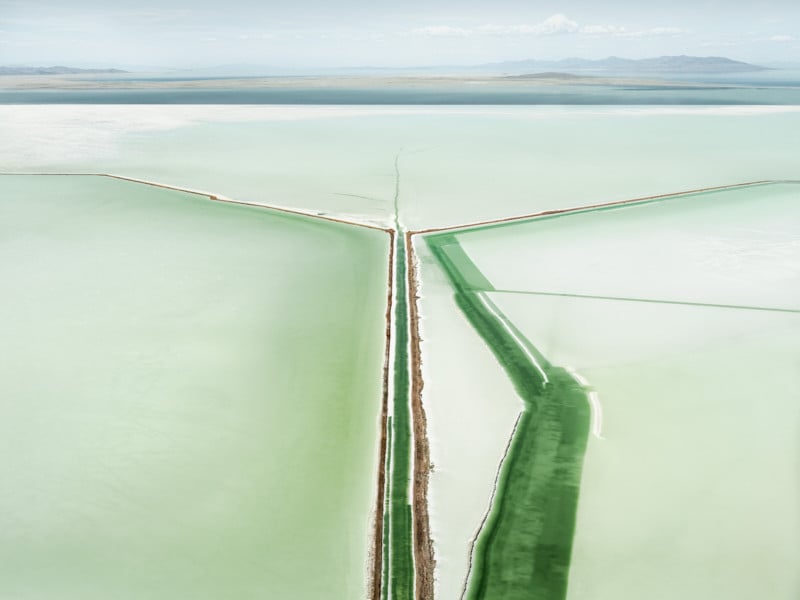 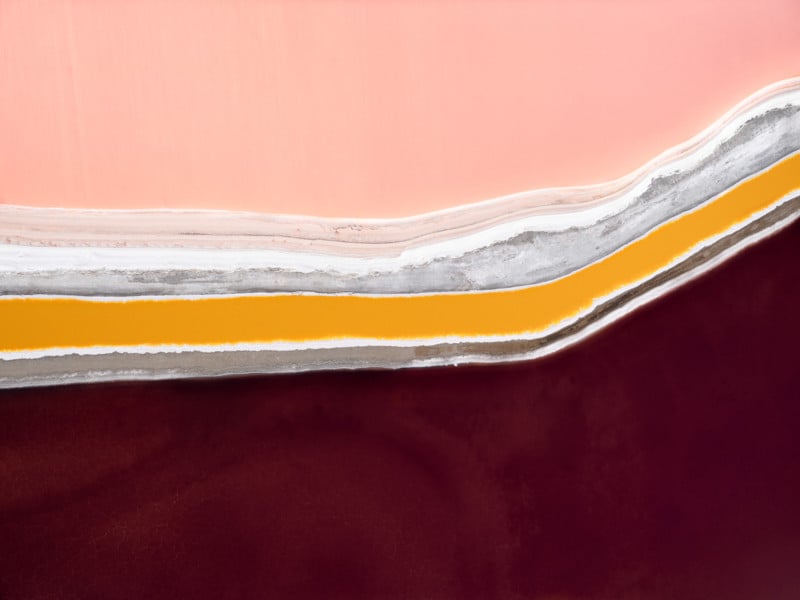 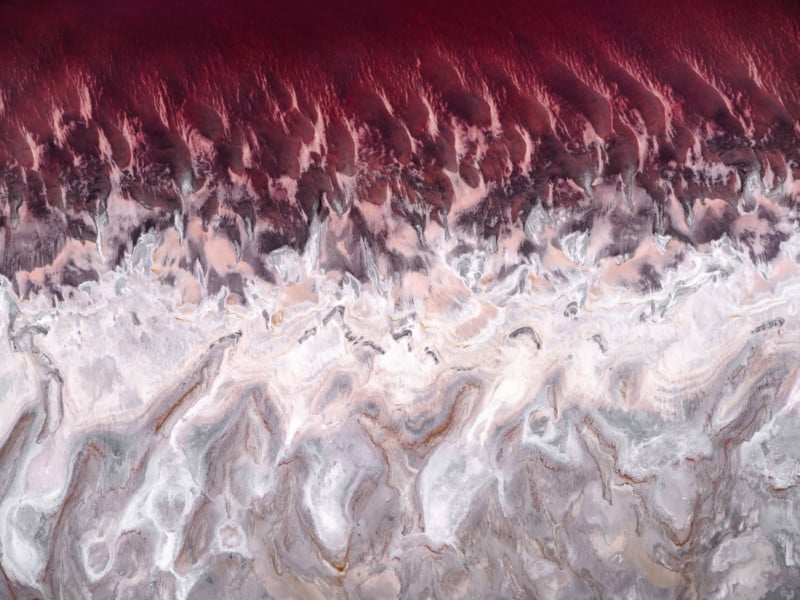 “Once the ponds have dried out, a crust of salt is left behind,” Hegen says. “Workers then harvest the salt by delicately lifting the salt crust from the floor.” 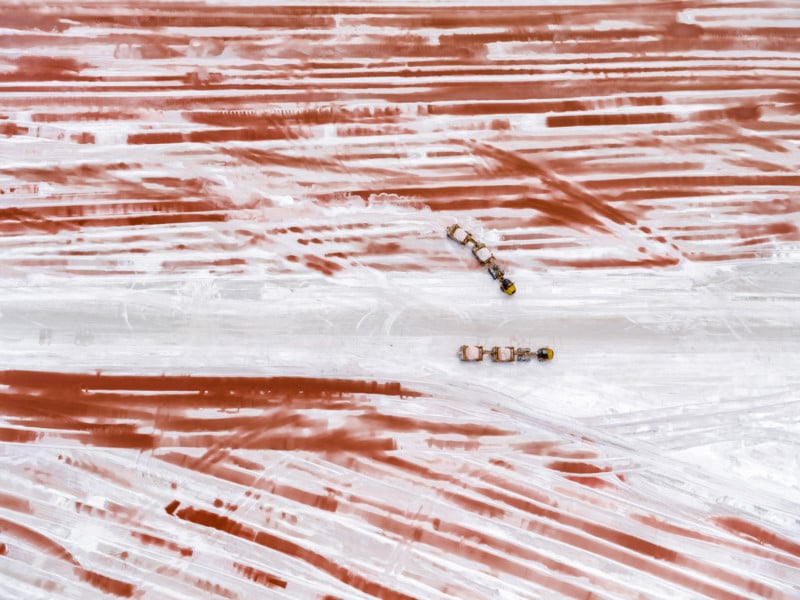 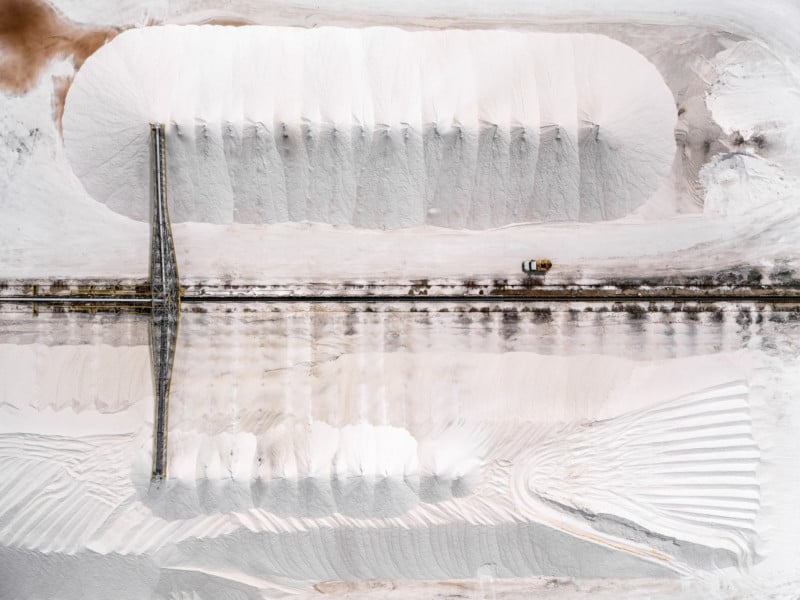 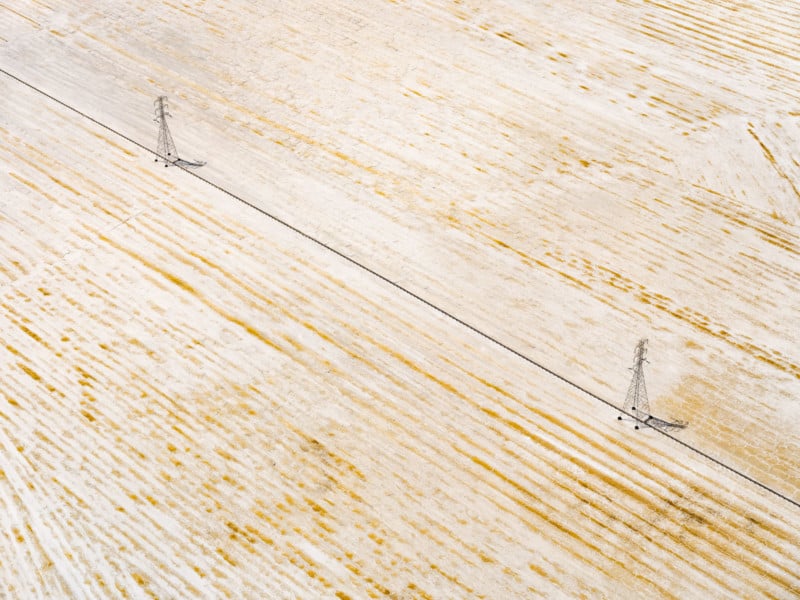 “The strong contrasts and geometric shapes of the salt ponds resemble abstract paintings,” Hegen says. “Our need to arrange everything in geometric order, regulate, and have control makes us all – in a sense – to designers of our environment.

“I see myself as a curator, framing the artworks that the presence of humans has created.” 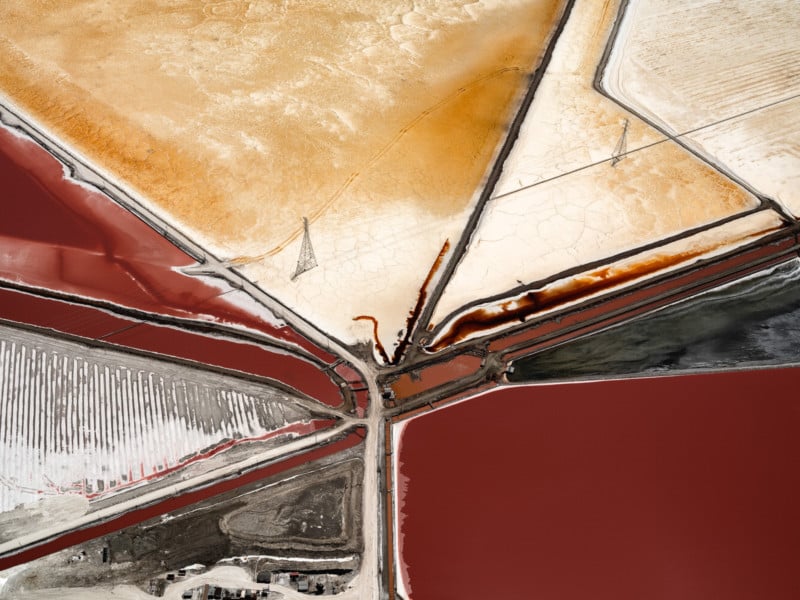 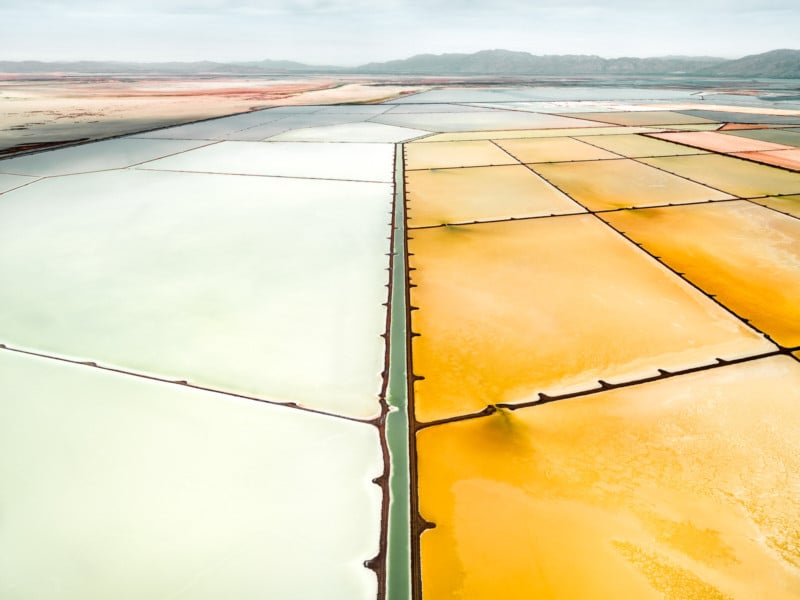 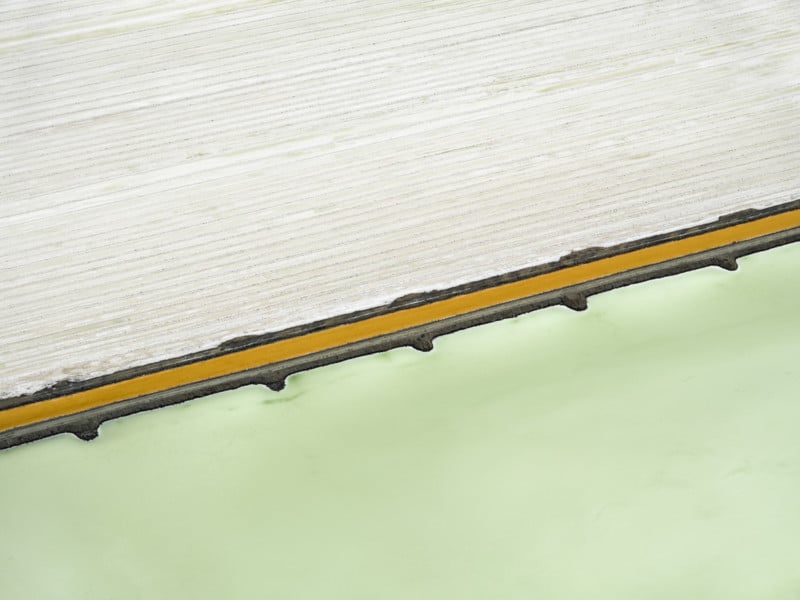 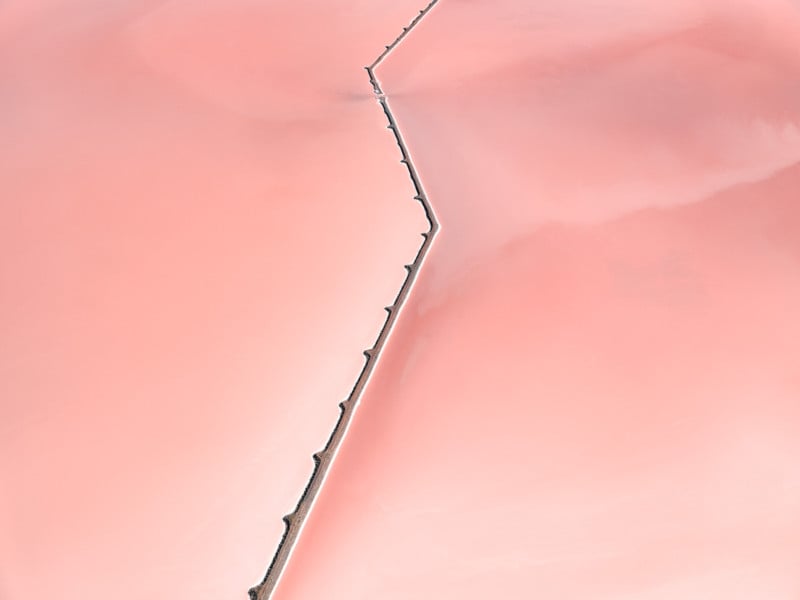 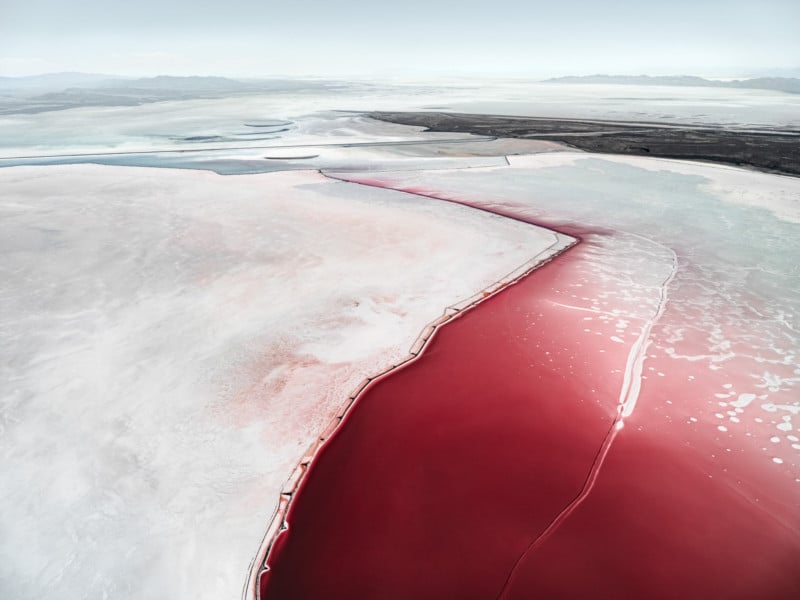 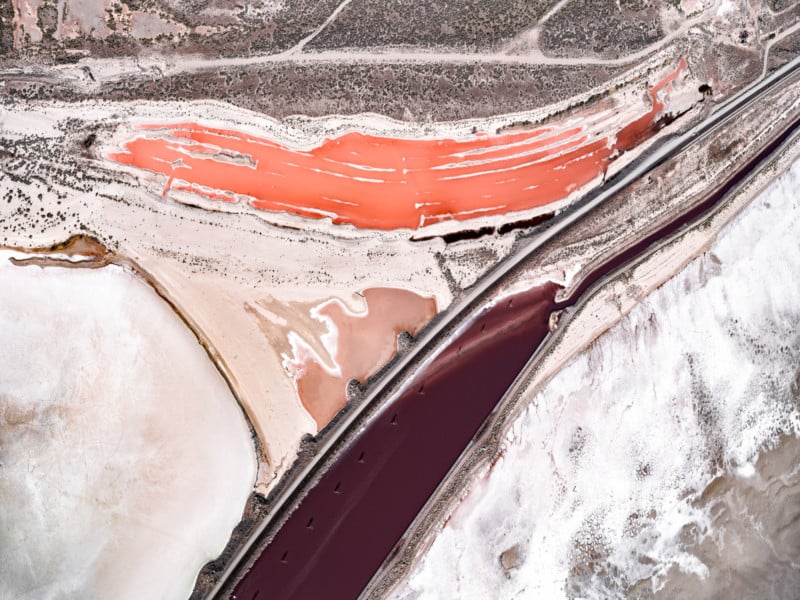 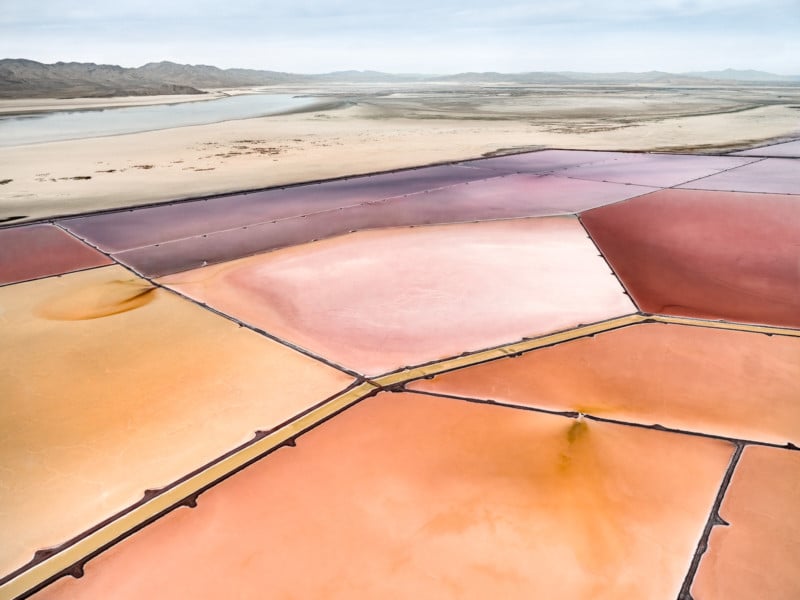 Hegen previously photographed aerial photos of Dutch greenhouses at night and melting glaciers in Iceland. You can find more of his work on his website and Instagram.