If the idea of a wearable camera drone seems downright strange to you, you’re probably not alone, but a new wrist-mounted flying concept camera called the Nixie makes this strange idea seem both possible and completely logical.

Nixie was born as part of Intel’s Make it Wearable (MIW) Challenge, a competition that seeks to push wearable technology to new and more creative heights — and judging by Nixie, one of the finalists, it’s succeeding.

Like a camera watch with propellers, Nixie (in theory) could detach itself from you with the flick of a wrist, fly a few feet away, take your picture (or a panorama or a movie), and then return to your wrist in something resembling a gadget you might have seen in Minority Report. 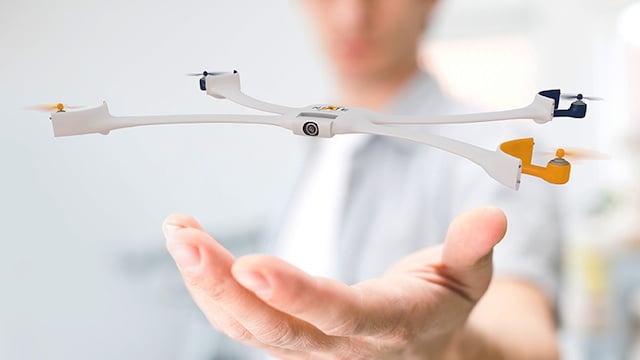 If team leader Christoph Kohstall, project manager Jelena Jovanovic, and team member Michael Niedermayr win the top prize, they’ll go home with half a million dollars from Intel to try and turn the Nixie into a usable, marketable reality.

There are, of course, many challenges to overcome before something like this would be possible. But there was a time when that flip-out communication contraption on Star Trek seemed out-of-this-world…

To find out more about Nixie and the team behind it, head over to the Make It Wearable website by clicking here.

M-Magazine: A New Publication that Only Features Photos Taken with Leica M-Series Cameras