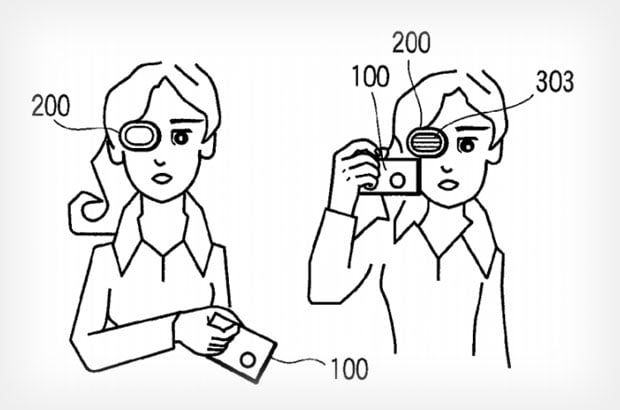 Google has been working some time now on a camera-equipped device that’s worn over (or above) the eye. Olympus has something similar going on, but instead of a full-fledged camera, their device only serves as an external viewfinder for a separate digital camera.

The strange accessory was spotted recently by 43 Rumors in a patent titled, “Camera and wearable image display apparatus” (published in December 2012).

Here’s the abstract, or condensed description, of the device:

From the illustrations seen above, we get a taste of how it works. Basically, the device is see-through when it’s not being used. Bring your camera close to the monocle, and it suddenly begins to display the electronic live view of what your camera is seeing.

Here are a few more illustrations from the patent that provide an idea of how you use it: 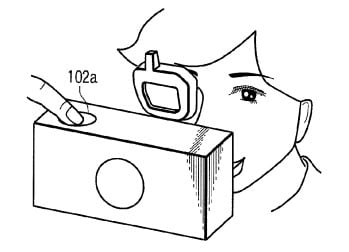 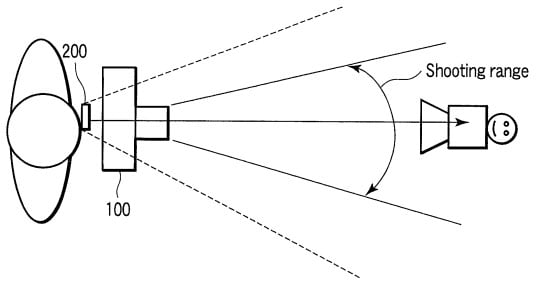 One of the big advantages of such an accessory would be that cameras can be made smaller by omitting any kind of viewfinder and LCD display. It’d be modularizing the display and the sensor. The obvious disadvantage would be the fact that you’d look like a cyborg and would have to keep track of yet another piece of gear.