To hear startup Glide tell it, your smartphone camera is just too difficult to reach at a moment’s notice, sitting there in your pocket. The next step in the evolution of the portable camera must be attached to you, which is why they developed CMRA: an Apple Watch strap equipped with not one, but two cameras.

CMRA is an Apple Watch strap equipped with a 2MP selfie camera and an 8MP outward facing camera. And it intends to be the most convenient camera imaginable, without crossing that invisible line that helped sink camera-toting wearables like Google Glass.

Here’s a quick video intro to this interesting new product:

“Life’s spontaneous moments happen fast and are easy to miss. Having a camera instantly accessible on the wrist makes capturing and sharing incredibly simple and convenient,” says Ari Roisman, CEO of Glide. “As smartwatches become independent of the phone, wrist cameras will become commonplace for capturing memories and communicating visually. We are thrilled to be the first to deliver on this long-awaited vision—something science fiction has imagined for over half a century.”

Roisman’s excitement notwithstanding, there are some downsides to adding the (not-yet-released) CMRA to your Apple Watch.

For one, there’s battery life, something Apple no doubt considered when they decided not to equip the Apple Watch with a camera in the first place. The band runs off of its own power so as not to drain the watch, but live video chat will drain the whole battery in 30 minutes, and the promise to capture “hundreds of photos” doesn’t jive with any shutterbug’s idea of “all day battery.”

It also means another charger to use, although the slick charging station Glide has developed will charge both watch and band simultaneously, and can hold enough power to charge both twice when you don’t have access to an outlet: 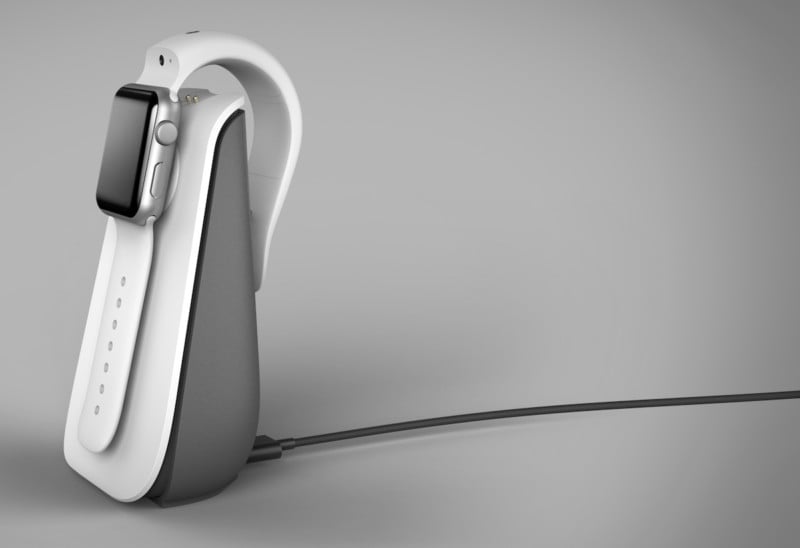 Then there’s the bulk. The idea is cool in theory, but a side-view of the CMRA strap shows the price of packing camera tech into a watch strap:

Finally, if none of these potential issues is a deal breaker for you—or the idea of video chatting and snapping photos from your wrist is just too much to resits—there’s still one more hurdle to overcome: price.

The CMRA will retail for $250 when it ships in the Spring, and even if you pre-order it today it will still cost you $150. What’s more, future pre-orders will cost $200. 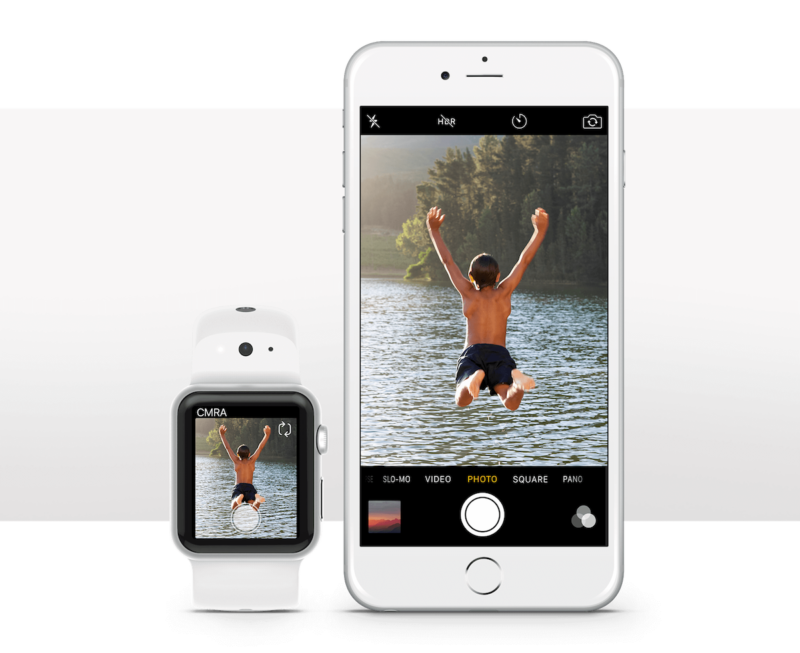 Like Roisman, we’re intrigued by the idea of putting a camera on your wrist. Saying that your smartphone camera is too difficult to access might seem comical, but convenience is a powerful drug. Being able to shoot and share something in a split second holds serious appeal, enabling you to capture moments previously too fleeting for even a smartphone camera to catch.

Will CMRA be the first wearable camera to really take off, and will it help turn the Apple Watch from a nerdy accessory into a must-have gadget? That part is up to you, the consumer.

To learn more or possibly pro-order a CMRA (in one of four colors) for yourself, head over to the product’s Web page.