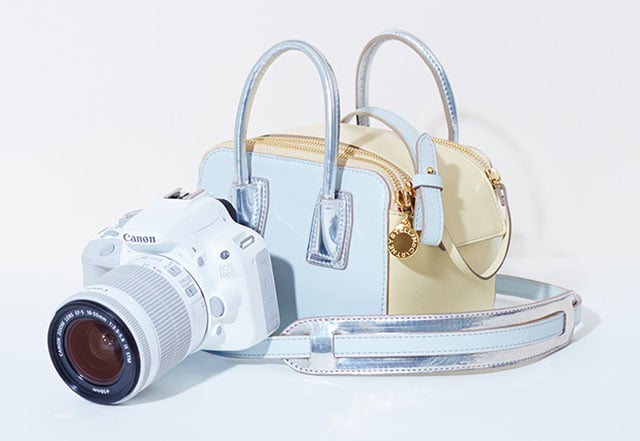 Canon’s 100D (aka SL1) is the world’s smallest and lightest DSLR, and one that’s marketed heavily towards women. In what is perhaps another bid to appeal to the female demographic, Canon UK is launching a limited edition camera bag that’s designed specifically for the Canon 100D White. 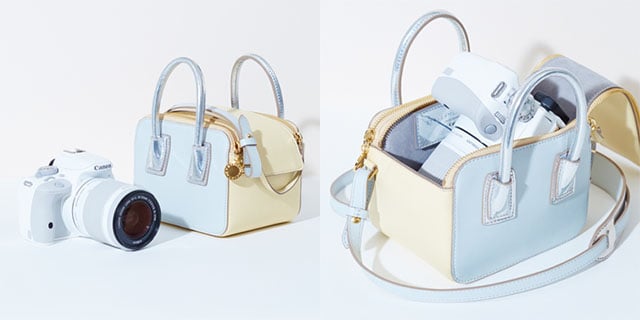 The bag was designed by Stella McCartney, the daughter of Paul McCartney (the Beatle) and his wife Linda (after whom the bag was named).

Linda was actually a well known photographer. In 1968, she became the first woman to have a photograph featured on the front cover of Rolling Stone magazine. Her photos have been exhibited in more than 50 international galleries.

The ‘Linda’ bag is designed to match the look of the 100D White and to conform to its shape. Canon says the bag can also double as an everyday handbag, since an adjustable strap allows it to be worn over the shoulder or used as a handheld tote. 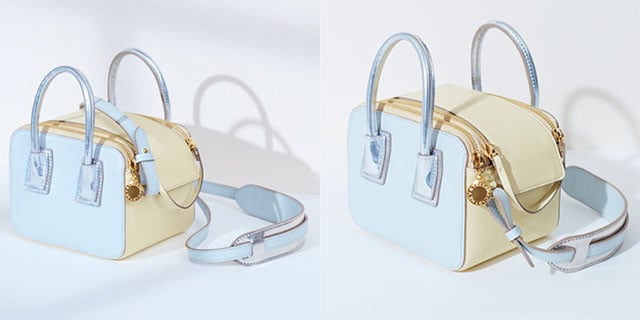 Material-wise, the bag is “cruelty free” (Stella is a vegetarian) and made out an Eco Alter Nappa leather alternative that features a natural vegetable coating.

If you’re interested in this bag, you’ll be able to pick one up in the UK starting in November 2014. It’ll be sold at the upscale department stores Harrods and Selfridges.